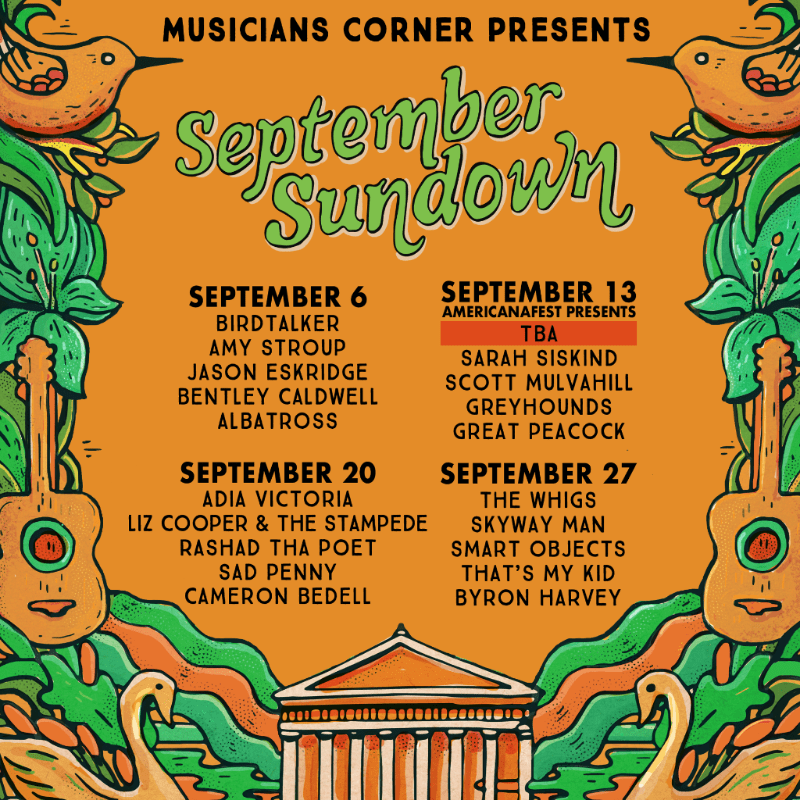 Musicians Corner, Nashville’s outdoor music destination since 2010, will introduce September Sundown, a new series that will take place each Thursday evening in September. The concerts will showcase local Nashville artists, and will also include a variety of food trucks, the Musicians Corner Pub, local artisans, and Kidsville activities.

“We’re excited to expand our programming to offer September Sundown in Centennial Park,” said Justin Branam, Musicians Corner Program Director. “After a warm spring, we can’t wait to return to the park in September for live music in the cool, autumn evenings.”

September Sundown will take place on Thursdays, Sept. 6, 13, 20 and 27 from 5 – 9 PM. Each event will raise awareness and donations for Second Harvest Food Bank of Middle Tennessee, the featured charity partner for the series. The Sept. 13 concert will be presented in partnership with the AmericanaFest and will feature five showcasing artists.