Jack White is the king of vinyl, at least according to the list of top-selling vinyl albums for the first half of 2018, according to Nielsen’s 2018 Mid-Year report. White’s latest studio effort, Boarding House Reach, has sold 37,000 copies on vinyl in the first six months of the year. White’s Third Man Records is a proponent of releasing projects on vinyl, even opening a vinyl production facility in Detroit’s historic Cass Corridor neighborhood in February.

Another Nashville-based artist, Justin Timberlake, secures the No. 7 best-selling vinyl for the first half of 2018, with Man Of The Woods selling 26K. 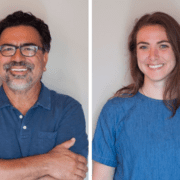