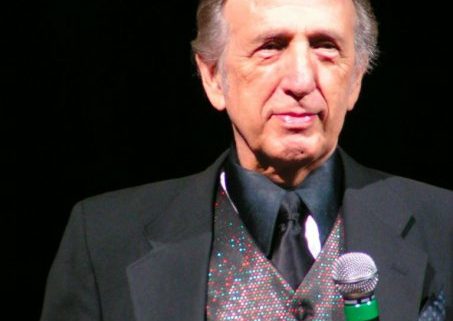 Fontana played on more than 450 Presley records and toured with the King of Rock ‘n’ Roll for 14 years. He was the last surviving member of Presley’s original band.

Born Dominic Joseph Fontana, he was a native of the Texarkana area who served an apprenticeship drumming in strip clubs. In 1953, he became the staff drummer at The Louisiana Hayride in Shreveport, where Presley became a regular performer.

He also appeared in several of Presley’s movies in the 1960s, including King Creole, G.I. Blues, Jailhouse Rock and Loving You. He continued to appear with the superstar until 1969, when he left over a pay dispute with manager Col. Tom Parker (1909-1997).

Starr, Levon Helm, Max Weinberg, Charlie Watts, Stan Lynch and many other rock drummers have cited Fontana as an influence. His style was characterized by power, steadiness, accuracy and get-to-the-point directness.

He and Scotty Moore won a Nashville Music Award and were nominated for a Grammy in 1998 for their album All the King’s Men.

In 2009, he was inducted into the Rockabilly Hall of Fame as well as the Rock ‘n’ Roll Hall of Fame (in the sideman category).