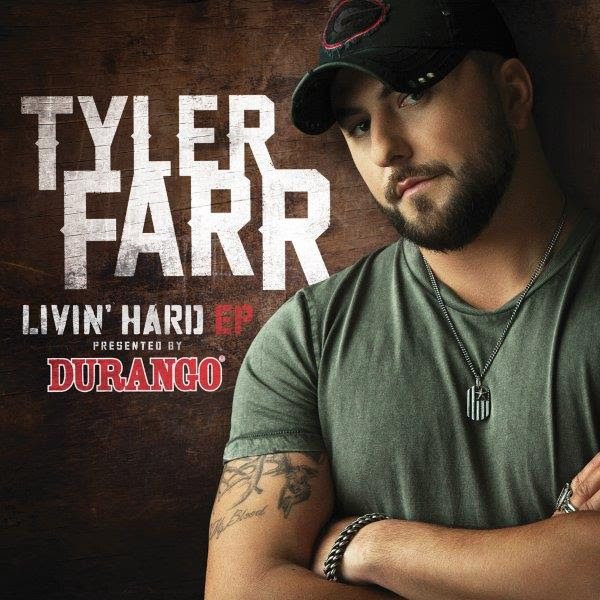 Columbia Nashville’s Tyler Farr has partnered with boot brand, Durango, to be a 2018 Durango Boot Country Music Ambassador, a deal that includes the upcoming release of a five-song EP, Livin’ Hard.

The EP, produced by Jim Catino and Julian King, is available to Durango boot purchasers and is featured in an in-store promotion throughout 150 stores. The EP includes three of Farr’s No. 1 hits, but also two new tracks.

The EP’s title track was penned by Farr along with Jonathan Singleton and the late Andrew Dorff. Farr co-wrote “I Hope I Don’t Live To See That Day” with Patrick Jason Matthews and Jim McCormick.

2. A Guy Walks Into a Bar
Written by Melissa Peirce/Jonathan Singleton/Brad Tursi

3. Whiskey in My Water
Written by Tyler Farr/Philip LaRue/John Ozier

5. I Hope I Don’t Live to See That Day
Written by Tyler Farr/Patrick Jason Matthews/Jim McCormick