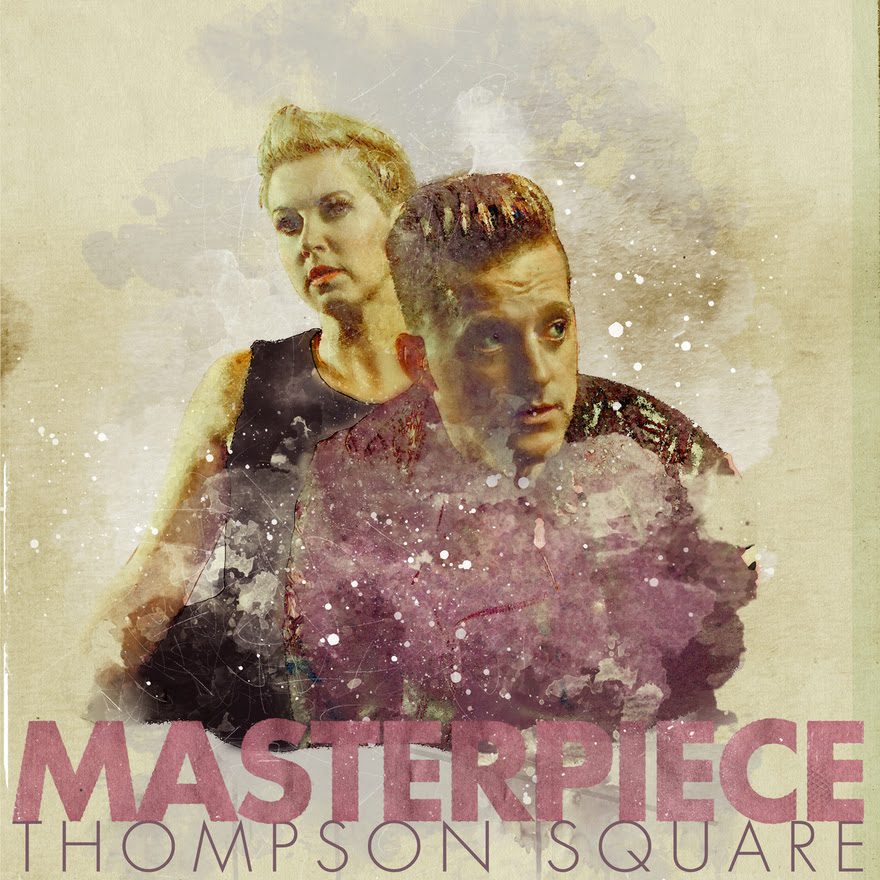 Thompson Square has revealed the official track list for their upcoming new studio album, MASTERPIECE, due out June 1.

The album includes 11 brand new songs, nine of which were written or co-written by either Keifer or Shawna Thompson. Other writers contributing tracks to the new project include Brett and Brad Warren, Cary Barlowe, Emily Weisband, and Frank Rogers, among others.

The duo teamed with Nathan Chapman, Dann Huff and Ilya Toshinskiy to produce the album, and five of the project’s diverse tracks have already been released (“Masterpiece,” “A Love Like This,” “Millionaires,” “Up in Smoke” and “Let’s Do Something Stupid”).