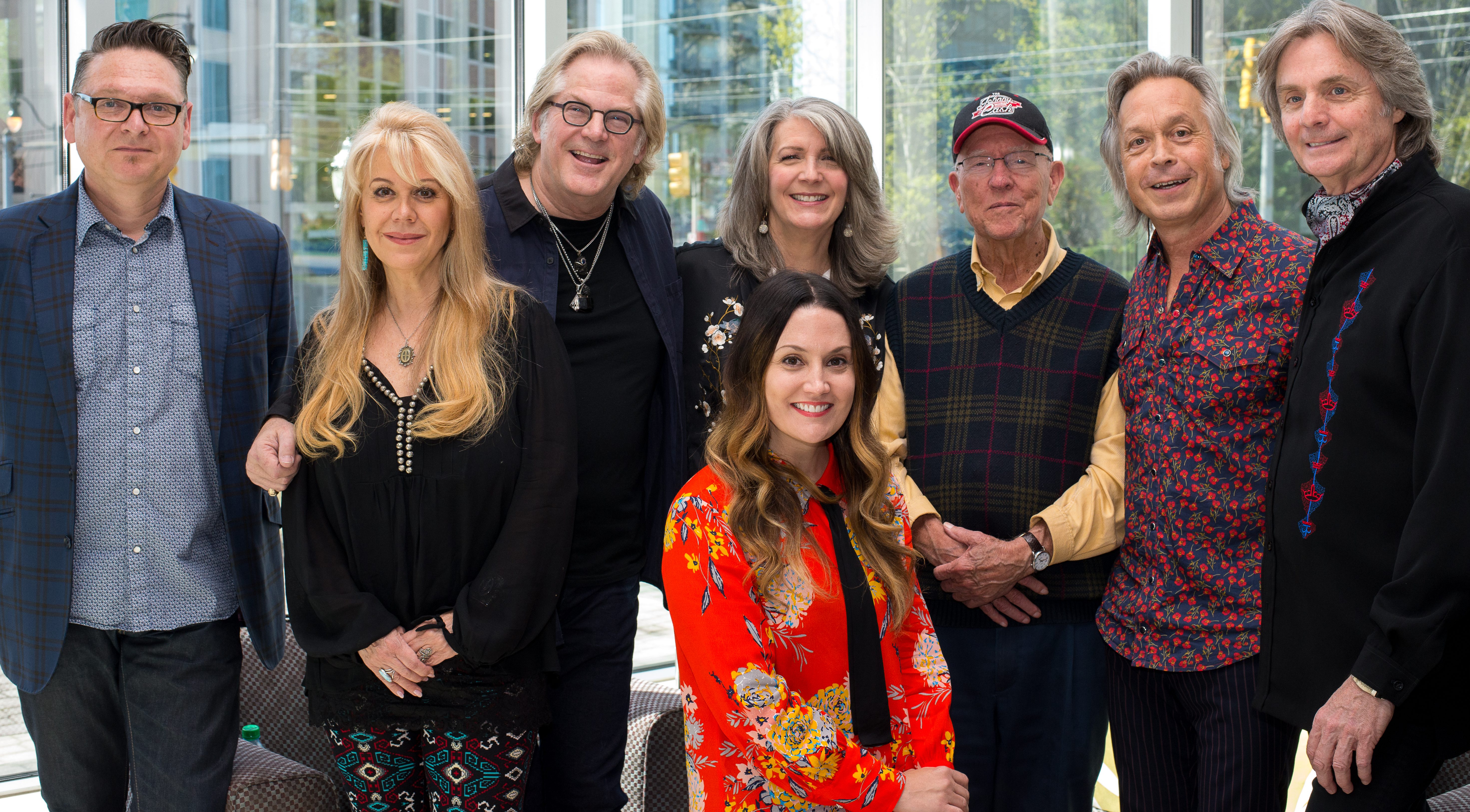 The publication of Billy Edd Wheeler’s new book was honored on Tuesday (April 17) with songs, stories and salutes.

“We are gathered here today to celebrate somebody I got to know through this beautiful book he wrote,” said Jim Lauderdale. “I already respected him for the wonderful songs he wrote. But now I wanted to be his friend.”

Lauderdale performed a gripping version of Wheeler’s “Coward of the County.” Accompanied by John Jorgenson and Mark Fain, Kathy Mattea sang “Red-Winged Blackbird,” which she included on her CD Coal, along with two other Wheeler tunes.

Jorgenson, Harry Stinson and Beth Hooker offered a lovely, triple-harmony rendition of “The Coming of the Roads.” Natalie Hemby  and Luke Dick did a spirited duet of “Jackson,” the lyric of which provides Wheeler’s book’s title.

The event was staged at ASCAP, which co-hosted, along with the Nashville Songwriters Hall of Fame and BMG.

“It’s an extreme honor to celebrate with you today,” said ASCAP’s John Johnson to Billy Edd Wheeler. He informed the attendees that Wheeler has been with the society for 59 years and that he has won 13 ASCAP Awards.

“It’s rare that you have a childhood hero who’s still one of your heroes,” said Pat Alger, the president of the NSHOF. ”I don’t think you’ll find a gratuitous word in a Billy Edd Wheeler song. You’re a poet of the vernacular: We’re very proud to have you in the Nashville Songwriters Hall of Fame.”

The autobiography is among the inaugural publications of BMG’s new book division. Nashville native Scott Bomar heads that division in L.A. He interviewed Wheeler as one of the afternoon’s highlights.

Wheeler, 85, cited Robert Frost, Lieber & Stoller, Norman Gimbel and Edward Albee as being among his eclectic inspirations and mentors. Alger, by the way, is a major Frost poetry collector.

“I just want to thank the musicians who came here to honor me,” said Billy Edd Wheeler. “I appreciate it.”