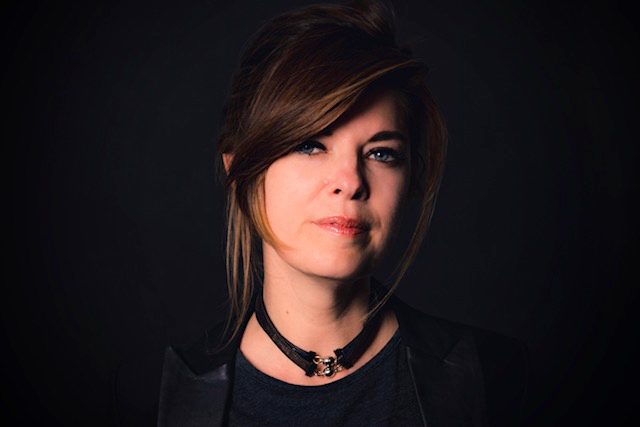 Red Light Management/42 Entertainment’s Janet Weir was recently announced as one of this year’s MusicRow Rising Women On The Row honorees. MusicRow will feature Q&As with each of this year’s six honorees leading up to the event. MusicRow’s Rising Women on the Row for 2018 also includes Faithe Dillman, Leslie DiPiero, Becky Gardenhire, Lynn Oliver-Cline, and Annie Ortmeier.

Janet began her career more than 20 years ago with Terry McBride and Nettwerk Management in Vancouver, Canada during the launch of Sarah McLachlan’s Lilith Fair concert tour and traveling music festival. She was involved with the early development of talent such as Coldplay, Dido, Avril Lavigne, Barenaked Ladies, as well as managing Nashville based Sixpence None The Richer and signing Old Crow Medicine Show to Nettwerk Records. Joining Red Light Management, she moved with her family from Los Angeles to Nashville to sign and develop Texas singer-songwriter Maren Morris. She would eventually help Maren independently release the single “My Church” and EP before securing a record deal with Sony/Columbia Records. Janet continues to manage the GRAMMY, ACM and CMA-winning singer/songwriter today, in addition to Ryan Hurd.

MusicRow caught up with Weir to discuss her music industry career, and advice she has for industry newcomers.

MusicRow Magazine: Maren Morris has recently had a lot of success both on country radio with “I Could Use A Love Song,” and on the pop chart with “The Middle.” As a manager, how do you decide when the time is right for an artist to pursue opportunities that are outside the country mainstream?

Janet Weir: For us, we definitely wanted to stay rooted and we always will be rooted in country. But there are moments where there is a great song you can’t deny. The timing was actually perfect because “I Could Use A Love Song” went No. 1 on country radio and we recorded “The Middle” like a week later. We wanted to show that who she is as an artist rooted in country but she also loves pop music and it doesn’t matter what genre it is, it’s a great song. We both really felt connected to that song. The first time I heard “The Middle,” I could instantly hear her voice on it and she did, too. We just decided without a doubt that we really wanted to make it happen. For us, we weren’t worried about the timing because of all the hard work and radio shows she’s done.

How involved are you in the music-making process as a manager?

I’m hands-on with every side of it for sure. The first song I heard was a demo of “Sugar” when she was signed as a songwriter with Big Yellow Dog and this was early on before the Sony signing. I realized how distinct her voice was and her songwriting was. I was living in Los Angeles at the time and I couldn’t put my finger on it. “Is this country? Is it pop?” It really blurred genres. She sends me every song after every write but she leads the charge. She knows what songs she wants on the albums, I’m just here to support her in every way.

How did you make the transition from Los Angeles to Nashville?

I was working at Red Light in Los Angeles and then Carla Wallace sent me an email saying, ‘This is an artist I think you’ll like.’ I would go to Carla’s office and she would play me songs. She played me a couple of songs and I just loved it so much. She introduced me to Maren and I was in town visiting. Maren and I had lunch and we just started to build a relationship and talk about her career.

My husband and I have two kids and they were about to go to school, but it happened to be the summer, and I didn’t want to move them halfway through the school year, so once we made the decision we were here in like two weeks. The kids and I were in an Airbnb while my husband stayed and closed up our house in Los Angeles.

Being part of this year’s MusicRow Rising Women on the Row means so much to me because I’ve always wanted to live and work in Nashville and follow my dreams.

How did you first get into the music industry and into management?

When I was at school in Toronto, Canada where I grew up, I worked in a record store. Sarah Mclaughlin was huge at the time and I started researching everything about her and how she started her career and who worked with her. I read about this company in Vancouver, Canada called Nettwerk. They were her record company and management company. I moved to Vancouver and started interning. I taught English in Japan for a year right after college, and by then I had saved up enough money to go to Vancouver and start knocking on doors. I was 24 and Lilth Fair was happening and was at its peak. They had so many new artists coming in the door. Coldplay and Dido and Avril Lavigne and Barenaked Ladies were all knocking it out of the park. Seeing Nettwerk’s management division interested me.

I was probably at Nettwerk for 13 years, working my way up in management before I made a change and started working for Red Light Management.

What were some of the biggest lessons you learned about management from working at Nettwerk?

My mentor Terry McBride really made a lot of decisions based on his intuition. I also believe that he was really ahead of his time with technology. He was doing so many different things with running an artist’s own label and not signing artists to a label right away and really working on your own development. That was something I saw him do every day and he also had a program where every manager had to work radio, do tour marketing, assist with publicity, do tour accounting. We went through every aspect of an artist’s career before we could become a manager. Everybody was doing some aspect of every facet because as a team we worked every aspect of an artist’s career. He just had his own unique training program for managers that helped me to understand every side of it.

What personality traits do you feel have helped you be a good fit for the management side of the music industry?

I wake up and think about what do I need to do for my kids and what do I need to do for Maren? That’s how I operate every day. I’m really strong and confident but I think part of it is that I can be direct and firm but I think people like working with me and I’m a likable person, too. I feel like relationships and friendships are a really important part of working with artists.

What advice do you have for younger managers?

It really does take a long time to hone your skills as a manager. You probably can just go in and do it, but I think watching and observing and having the time helps you. It’s really about learning and soaking it all in. I do think a lot of people think they can just start doing it really quickly, but I think my biggest strength is that I feel like I’ve seen so much and done so much along the way and that’s made me a very confident manager now. Most situations, I know how to navigate because of experience. Find the right mentors and learn everything you can from them.