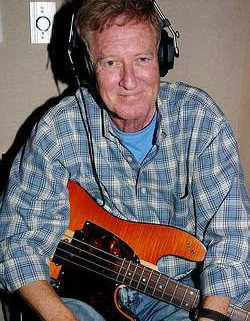 A memorial service for Mike Leech will be held on Jan. 20: The Musicians Hall of Fame member died recently in Nashville at age 76.

A bass, harmonica and guitar player, as well as a string arranger, Leech rose to the top of his profession in both Memphis and Nashville. His work can be heard on albums by more than 200 artists.

Among the iconic hits he played on are Willie Nelson’s “Always On My Mind,” Neil Diamond’s “Sweet Caroline,” Elvis Presley’s “Suspicious Minds” and Dobie Gray’s “Drift Away.”

Mike Leech was a Memphis native who performed in the Memphis State University ensemble The Mighty Sound of the South Band as a youngster. He began his session career in the city’s Royal Studio.

He then rose to fame as the bass player in “The Memphis Boys,” a collection of studio professionals who were the “house band” at American Sound Studio in 1967-72. In those days, Leech performed on 122 top-10 hit pop records. He backed everyone from Presley to B.J. Thomas, from Dionne Warwick to The Box Tops. He is on the renowned Dusty Springfield LP Dusty In Memphis.

He migrated to Nashville in 1972 and quickly became an “A-Team” session musician on Music Row. During the next four decades, he played on hundreds of country hits.

Mike Leech died on Dec. 11. He is survived by daughters Shelly Wood and Melanie Paquette, by three grandchildren, and by sister Anne Jones, as well as by many nieces and nephews.

A memorial service will be held at 2 p.m. on Saturday, Jan. 20 at The Cumberland, 555 Church Street, PH2403. Parking is available at McKendree Garage and at the Downtown Library Garage.