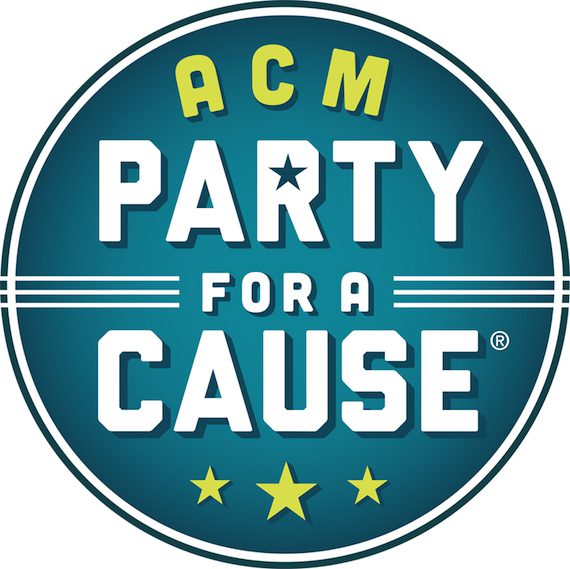 The Academy of Country Music has announced the schedule of events for The Week Vegas Goes Country, Thursday, April 12–Sunday, April 15, including on-sale ticket information for the 6th Annual ACM Party for a Cause.

This year’s ACM Party for a Cause will consist of fan events across the Las Vegas Strip leading up to and immediately following the 53rd Academy of Country Music Awards, Country Music’s Party of the Year, which will broadcast Live from MGM Grand Garden Arena in Las Vegas on Sunday April 15.

A portions of all event proceeds will benefit the ACM Lifting Lives program, which works to lift lives through the power of music.  Tickets will be available Thursday, Jan. 25 via pre-sale and to the general public on Friday, January 26 for marquee ACM Party for a Cause events, including:

·    ACM Stories, Songs & Stars, an upscale evening modeled after an old-fashioned guitar pull, featuring today’s best songwriters in the round alongside superstar country artists performing songs they composed and the stories of how those collaborations came together.

·    The first-ever ACM Topgolf Tee-Off, an update to the ACM Lifting Lives Golf Classic, where fans can watch their favorite country artists compete in a tournament of golf skills – and also take in LIVE performances by hot new acts (to be announced).

7 p.m. ACM Party for a Cause: WME’s Bash at The Beach
Location: The Beach, Mandalay Bay Resort and Casino

7 p.m. ACM Party for a Cause: WME’s Bash at The Beach
Location: The Beach, Mandalay Bay Resort and Casino