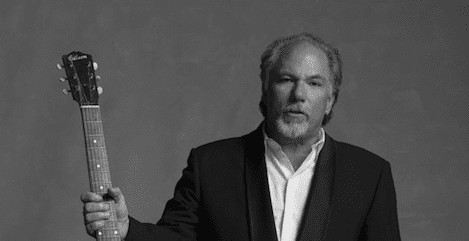 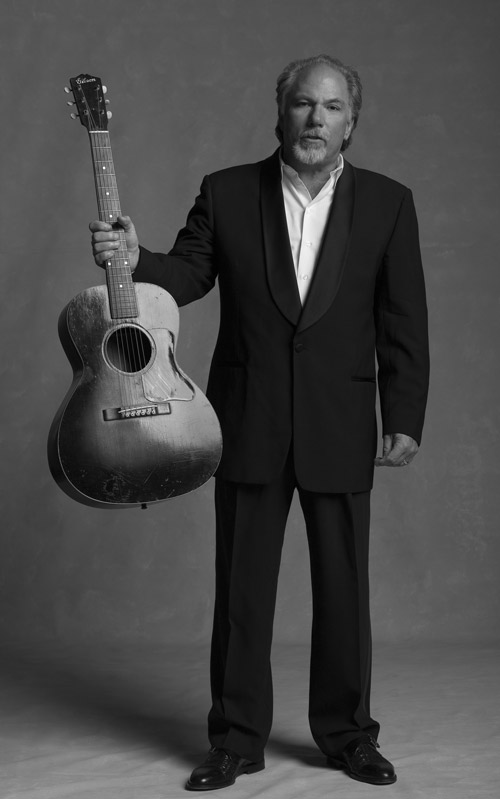 In a modest one-room office, on Music Square East, Paul Worley with nothing more than a cell phone, a coffee-maker, a desk, a couch and a guitar is finally doing the “only” thing he wants to do…artist development.

He has no staff, no full-time personal assistant, no full-time production assistant, no interns, no partners, no studios to run, no publishing staff and no label staff, to enhance his productivity (as he puts it). As a matter of fact, Worley laughingly admits that, he doesn’t get nearly the amount done in one day, that he used to…and he’s loving every second of his new-found freedom.

When you’ve worn all the hats as successfully as Worley, one would think picking one would be difficult, but not so. Worley’s a family man. He and his wife Karen, a violinist whom he met on a Martina McBride session, have two children (ages 15 and 12), along with Worley’s older children from a previous marriage (now 40 and 37) and three grandchildren. Worley’s eldest son Nick has a studio at The House of Blues in Berry Hill. So when you think about it, what could possibly be more fulfilling for Worley than being able to provide a real “Yellow Brick Road” for bright, driven, young talent and watching them fulfill their dreams?

His first No. 1 single was Eddie Raven’s “I Got Mexico” and as his production discography grew, Worley partnered up with famed drummer Eddie Bayers and built The Money Pit (studio) in 1984. Some of the artists who recorded at the Money Pit were McBride, Evans, Big & Rich, Pam Tillis, Bruce Hornsby and Kid Rock. The studio sold in 2004, then later, in association with Skyline, Worley and his partners built studio number two, Shabby Row. But historically, The Money Pit is where Worley first met Clarke Schleicher (pronounced Sly-sher), who has been at the desk with Worley for the past 30 years.

“I got a call to go work at Tree Publishing Company with songwriters like Harlan Howard and Curly Putman, Don Cooke and Kix Brooks before he started making albums. CBS bought Tree and Sony bought CBS and I was there during that transition. After a few years at Tree, Sony wanted to make a change in their executive structure and I was right there making hit records for everybody else, so they took me in over there.”

But let us not forget that beneath all of the aforementioned accolades and roles, Worley is a musician, whose career really started to take hold when he became a part of Jim Ed Norman‘s rhythm section. Norman moved to Nashville from Los Angeles, to lead Warner Bros. and he took a chance on some new young guys—Eddie Bayers, Dennis Burnsides, Michael Rhodes, Sonny Garrish, Marshall Morgan, Rafe Van Hoy, Steve Gibson and others—so it wasn’t long before Worley got ‘the producer bug’ from logging all those hours in the studio.

Worley is also a ‘Nashville Son.’ He sang in the youth choir in church, taught himself how to play guitar, played in bands throughout university and graduated from Vanderbilt with a degree in philosophy. Get the picture?

Today, Worley is one of the hottest talent scouts in the biz, and the complexities of discovering, developing and producing new talent are where Worley’s passion lies. Worley set out to be a star and he became one…offstage. And, no doubt, his stable of future stars couldn’t be in better hands.

The Producer’s Chair: Can you share your vision of artist development?

Paul Worley: Every artist has their own path and is their own treasure. They need to be joyful in the process, even when they don’t feel as if they’re getting anywhere. If you’re not experiencing joy, I don’t want to be a part of it.

Negativity and self doubt come at you, as an artist, from the outside. You have to learn to manage those. If you take them on and import them and make them part of your personality, you’ll fail—or even if you succeed, you’ll be miserable. And I’m not interested in either one of those outcomes.

When you find an artist, who pays for their development?

The money comes from various sources. Record companies, publishers, managers, backers, artists’ families. Sometimes there is no money in the beginning, just talent and a lot of “want to.”

If a great singer comes to you who doesn’t really have the passion for songwriting, does that deter your interest in them?

No, it doesn’t bother me. What does bother me is someone who doesn’t write, but who feels that they have to. You spend all your time sticking them in rooms with people, watering down what would be otherwise, great songs, instead of going, ‘Hey, relax. Let’s go around town. We’ve got the world’s best songwriters. Let’s go cut some great songs.’ I don’t care if you write or don’t write but I do care if you don’t write and think you do.

Do you outsource parts of your artist’s development?

Sure … My primary focuses would be the studio side of it. The ‘who are you’ side of it. And along with that goes the vocal development. They kind of go hand in hand. Obviously ‘live’ development has to happen and I help them find the right people to work with. I give them advice on all aspects of the business because over the years I’ve learned a lot about the business. Quite often I help them get with a manager. But I don’t do the nuts and bolts of live music anymore. There are people who are better at it than I am. There are also a lot of great people who know social media. I don’t even have Facebook.

Considering your background, is management something you’ve considered?

I kind of wrestle with the idea, of being a manager. Being a manager is a hell of a job, that is, a 24/7 job. But I have a lot of perspective and advice and contacts. I would be more in-tune with being a part of a management company than part of a record company and do artist development under that umbrella. But I haven’t found anyone yet that wants to do that.

Would you say we’re in a singles market again and does that change the A&R strategy?

Yes and yes. When all you’re doing is cutting singles, you’re completely constricted in terms of trying to define anything about an artist that might have unique, lasting implications. You can’t really explore outside of the confines of the structure and form of singles. I have found, again and again, that the real gold is to be found by exploring the full range of the artist’s vision, talent and emotions. Those things are most often what define big, lasting careers.

Creativity always breaks through. So just as people say, ‘We’re not going to be needing any females,’ here comes Maren Morris and Carly Pearce. You can’t stop them. Not any more than you could stop Reba and Martina and Faith and Shania. They’re comin’. We all have to just soldier on through. I think you’ve got to record a lot of songs to really jumpstart a great career.

Are the artists you’re currently developing more Americana or country?

I’m very fond of Americana. A lot of the music that I make fits more that than mainstream country music today. I’m not a programmer-based producer. I use programming as an element or a tool, but it’s not my foundation. But I like producing any kind of music that grabs my soul.

What do you think has to happen to change the ‘Fair Pay’ situation, for copyright owners?

Time. The continued rise of competition in the marketplace will create opportunities for the writers and publishers to increase their revenues. I worry about my brothers and sisters who are musicians. And I worry about the engineers and the people who maintain studios. I worry about that tribe. They’re suffering, and they are disappearing.

Are you still playing on projects you produce?

I try to. I want to do more of that. I got away from doing that for the last few years but I’m getting back into it. I like it, and I think I have a certain thing that occasionally adds a flavor that nobody else adds.

If you were to give your best advice for new artists, what would it be?

It takes a certain amount of dreaming to be an artist. I think the best advice would be: Once you make your decision to follow your dream, put it in perspective. Don’t forget that it’s important, but stop dreaming and start working. Be flexible and open to what the career and the universe and the world brings you. It’s not all up in your head, it’s in your heart. So let your heart do the work for a while. It’ll be a lot richer experience. For me, I dreamed that I was going to be an artist and I’m so grateful that it didn’t turn out that way. The career that I got was far better for me.

How about some advice for young producers?

I got a job sweeping floors. And the second phase of that job was making tape copies and my third was “Oh, can you sing? Come over here and sing a jingle.” And the fourth was, “Hey, I got a wedding singer band, can you play Friday and Saturday nights?” The fifth was, “Oh, you can play! Can you sit in this room and help cut these demos?” Then it was, “The engineer was on a bender last night and we’ve got a session, can you engineer?” And the answer was always, ‘Yes.’ That first job sweeping floors paid me $50 a week and I had a college degree. And I wasn’t living off $50 a week. I had two other jobs and I wasn’t sleeping, but one thing led to another. You’ve just got to put yourself there. And by the way, my story isn’t materially any different than that of everyone else I know. Just be there, and be grateful. As Harlan Howard used to say when he heard somebody belly-aching: ‘Well kid, nobody sent for ya.’