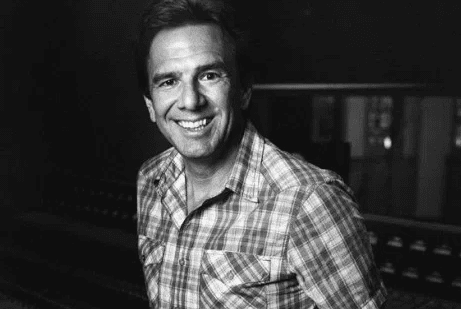 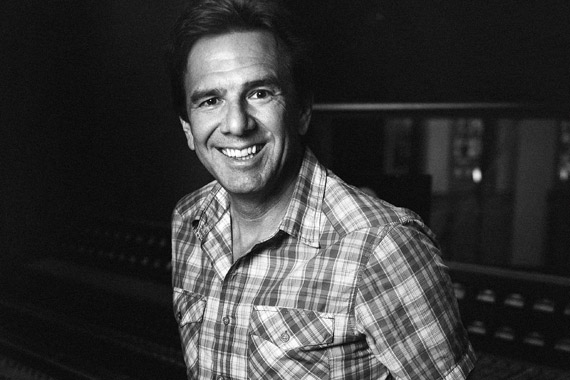 Looking at even a partial discography of Dann Huff’s session work makes one realize that every iconic producer from Quincy Jones and David Foster to Phil Ramone, Mutt Lang and beyond have all hired Huff to play on some of the most significant records of our time. Those are some serious teachers, and likely accounts, in-part, for Huff’s move into production from session work.

But in a world where producers and engineers come and go quite frequently, one of the things that Huff cherishes most is his 30-year working relationship with engineer Justin Niebank.

After reviewing some of his awards, I just about fell off my chair laughing when Dann asked if he could expect a Rolex at some point? My guess would be yes … but it’s far too early yet.

The Producer’s Chair: Are songwriters and copyright owners doomed?

Dann Huff: No more than any of us. It’s like anything in this country … take a number and stand in line. It depends on who you talk to. Life ain’t fair. Take a look at what happened in Charlottesville, Virginia. That doesn’t denigrate all my friends who are songwriters and their need to be protected and compensated but, there’s a lot of that stuff in different forms and some more dire than others. Probably it’s two-fold. This industry was able to support more than it probably should have been able to support so. It’s done some culling of the herd. And I guess some of that is just evolution.

There are a lot of smart songwriters that are involved in this. I know Shane McAnally has been really active on that side and much more articulate than I would be. Everything they say, I back but, I also feel that way about musicians too. And here’s where the discrepancy lies. This industry is so inner-dependent on itself. You hear statements like ‘It’s all about the song’ … well … yes and no … chicken/egg … and that’s really what it is. The song just sitting there doesn’t do anything. I know how much everything that I do is related to that song, the songwriters, the vocal cords of an artist, the promotion staff of a label and everything else through management. There is just no way to extricate any one thing and say; this is why it happens.

The older I get the more I’m aware of what it takes to become successful. We’re all just a part of that thing. But nobody can stand alone. Well, maybe someone like Ed Sheeran. He’s an anomaly. But very seldom does that happen. We all need each other. I want them to get paid but I also want musicians to be paid.

There were so many times when we would come in and add stuff to a song that wasn’t written in the song, like the hook/lick of a song. Other times, that song would sell millions upon millions of records and you were just paid your small fee. In other countries, musicians who play on these hit songs are compensated. And they’re starting to right that shift too. It’s really nice to see there’s a whole new ‘special payments’ for musicians. And I’ve noticed the way musicians come into sessions these days. They’re totally invigorated to be present and create because the more hit songs they’re on, the more money they make. It’s a great incentive.

Has the industry’s search for new revenue streams widened or narrowed the gap between the business and the creative?

In my experience, I don’t feel any change. I feel maybe there is more of an awareness across the board. It has to be very intentional. When I was playing in Nashville, in the ‘90s, it would appear that, when the artist was relatively well-known and the project was moderately good, you could almost expect physical sales to be ½ million and up, and that added to almost a source of entitlement in the record industry, especially here in Nashville. Originally the record industry and the recording studios would be the gatekeepers but because of technology and the leveling of the playing field, anybody could make music on a laptop. I think that’s what kind of changed the whole narrative. In the course of our lives watching this, the entitlement has been stripped away. The awareness of ‘you gotta be good’ is heightened.

Everybody has made less and the pie shrunk drastically. I think it’s made people more responsible. Overall, there seems to be more gratefulness when there’s success. Personally, I feel more involved with the people who run these labels and their A&R staff. There seems to be more dialogue. I think overall, there’s more awareness to the details and to the necessity of not missing, too many times.

I feel badly for the artists, the young singers and entertainers. They’re ‘ready but ready-ish’ and if they don’t hit-it, the labels move on because there are so many in the on-deck circles. I think the industry is assimilating all of this now. It’s just trying to figure out, how these corporations can make money.

Has the redistribution of revenue streams been standardized to the point where, there’s now a new model for how producers get paid?

No. We make our deals with the artists and we take a percentage of the streaming royalties that they take and you get your up-front money. After that it’s pretty much the Wild West. If I was more into the artist development thing, I would participate 360° but, usually the artists who come to me have label deals. So usually I’ll talk to management and work out some kind of incentive for chart success, which are bonuses for reaching peak levels on the charts.

Most producers that I know and work with are writers. I write but it’s not my pursuit. For them, their incentive is their songs and the production is a little extra change on the back-end, if you get a hit. If they want specifically what I do, I guess when they work with me they’re buying into a track record of sorts. It’s like picking a number that has a good chance of dingin’ the bell.

How involved are you in A&R and song-selection for your artists?

The A&R avenues in these labels have really built up. Our A&R presence from the labels in this town is to me, at an all-time high now. Not that they weren’t in the past but the producers of the generation before me were the power-brokers. They had the songs and most of them were publishers like James Stroud and Jimmy Bowen and that’s how they ran their businesses. Nowadays it seems like there’s less of that. These young A&R people are in the clubs, they’re best friends with the writers and they’re perfect in their jobs. To me it’s now more like when I was playing the West Coast. These people are empowered by their label heads and they’re doing the work. When I come into a situation, they always ask, but I like making records. Their job is specifically, ‘What vehicles can we get played on radio?’ I don’t want to live in that reality because I want to be a musician. I’m living my dream job right now. They’ll ask me what the single is but I don’t have to meet with radio programmers.

You won CMA 2016 Musician of the Year. If that win was based solely on session work that you’ve done, on records that you’re producing, that’s incredible.

I would think it would have to be. I have mixed emotions about it … of course you’re always honored to win any kind of recognition so, I’m honored.

My wife Sherri always stands over my shoulder, when I get those ballots because she knows that, if it were up to me, I would vote for my friends. In the CMAs they don’t give awards for producers like the ACMs. But I am a musician and I do play on almost everything. I just feel that the guys I hire that play for me, are more deserving.

Has today’s singles market sealed the fate of the industry in some way or, is it simply another transitional stage, in the evolution of our industry?

I think it’s a transitional stage and part of the evolution. It’s almost come full circle back to the way that pop music was being peddled in the ‘60s, as we all know … singles. I think it’s led to us being much more intentional about what we put out. People are much pickier now. They don’t have to buy anything. They can screen it. So we have to be more compelling in our work.

Are you producing anyone who is not country?

Depending on whom you ask, all the critics say nobody I produce is country [laughs], except Midland.

What is the best advice you can give to new singers, musicians, songwriters and executives?

Make sure you can stay here for the long haul. You can never know when you’re going to get that break-through moment. Make sure you have your business and personal finances in order. Be present … go to the clubs, meet people, network as much as possible. That moment will happen, when you least expect it. And above all, be prepared.