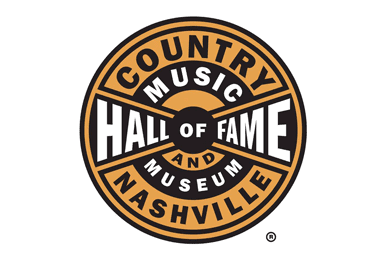 When iconic country songwriter Bob McDill left his life’s work—217 legal pads filled with handwritten lyrics to more than 200 recorded songs, some of which would become classics like Alan Jackson’s “Gone Country” or Keith Whitley’s “Don’t Close Your Eyes”—it was a boon for the Country Music Hall of Fame and Museum.

“These are like finding lost books of the bible or apocryphal pieces that people talk about,” Carolyn Tate, the Country Music Hall of Fame and Museum’s Sr. VP of Museum Services, tells MusicRow. “To find a body of work that has been saved or put to paper like that is phenomenal.”

Donations such as McDill’s are also increasingly rare, in an age where songwriters rely more on computers than paper when crafting country radio’s latest hits.

“These days when you go into a writing room, nine out of 10 songwriters open up their computer,” says Kix Brooks, who has made several donations to the Country Music Hall of Fame and Museum over the course of his 30-plus year career.

“The thing they most love [at the Country Music Hall of Fame and Museum] are those handwritten song lyrics for the songs that you were working on that turned out to be hits,” he says. “I can’t imagine how much paper I’ve dumped over the years that they would have cared about and looking back, fans would have too. But I did find a piece of ‘Red Dirt Road,’ and a piece of ‘Only In America,’ where I was working on it. Some of the lyrics I started with, kind of made me smile, but they were happy to get those. I wish I had done a better job of sending that stuff.”

“As historians, we have to point out how strong the written word is,” Tate says. “We hope it sends a message to other songwriters and folks in town that these things are so meaningful to history and take another look around their own basements.”

Since 1987, the Country Music Hall of Fame and Museum has been accredited by the American Alliance of Museums, which certifies that the museum operates and manages its collection of more than 2+ million artifacts at the highest standard of quality. Those items include 200,000+ recordings, as well as stage costumes, manuscripts, instruments, and more eccentric pieces including artwork from painter and muralist Thomas Hart Benton.

Accreditation with the American Alliance of Museums requires a tedious reaccreditation process every 10 years. The Country Music Hall of Fame and Museum is one of only 1,000 museums nationwide that have earned that accreditation. In the quest to expand on the museum’s archives, Tate and her team regularly visit with artists, songwriters, industry members, as well as families and estates of artists, seeking new items to be cataloged and archived.

“We are the most careful movers in town and we are free,” Tate says. “We go in with white gloves and pick though delicate items. We always respect that someone has let us in their homes and that they are letting us handle their history. Historically-savvy industry members will come to us and say, ‘I’m closing this office and we are moving. Come and look through our documents and files and see what the Country Music Hall of Fame and Museum needs.”

“We spend a lot of time and resources collecting born digital items and converting them to make sure the data doesn’t become corrupt,” Tate says.

Tate says it is not only imperative for artists, but for publishers, publicists, performing rights organizations, recording studios, radio stations, labels, management companies, talent agencies and more to donate items and correspondence to help preserve the history of country music.

In the digital age, it is not only written lyrics that are increasingly important, but the myriad of documents that are now routinely sent electronically, which chronicle the industry’s history—press releases, calendars, set lists, day sheets, recording studio time logs, contracts, publishing and/or royalty statements and more. Items that seem mundane in the light of day-to-day operations for most music industry members, including datebooks, calendars, tour itineraries, set lists and journals, can prove invaluable in documenting where the industry was and what was happening at any point in an artist’s career.

“Things that seem out dated now are an incredibly important look back at that time in history,” Tate says. “We have a diary here Janie Fricke’s, before she got her own record deal. She was doing demos, so she would be singing for Coca-Cola in the morning and then she would be cutting her own songs in the afternoon. The variety of her sessions with singers and musicians in town is huge because it speaks to that incredible breadth of work that make up Nashville.” 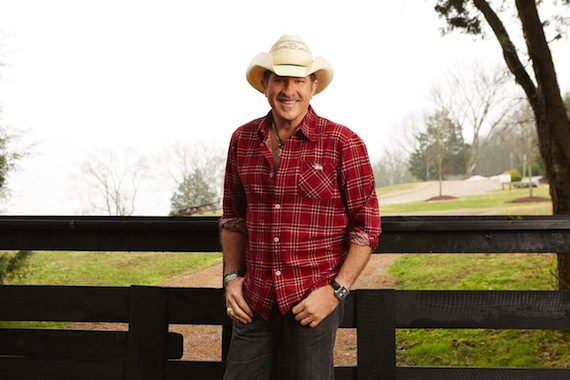 “When I first got to town, the Hall of Fame was one of the first places I went,” recalls Brooks. “And it was exciting to see all those things and the way they had been kept. After decades in a duo, you collect so much stuff. We bought a warehouse to keep this stuff in, and we called the Hall of Fame and said, ‘My kids don’t want all this stuff. We are getting to the point of what do we do with it?’ It’s exciting that they really do care about it, and humbling that memorabilia like the awards, or those envelopes that had your name on them when you opened them, are valuable.”

“If you are managing an artist, you could be thinking about everything that is going out on your artist or if it is their first arena tour or first opening slot for a superstar,” Tate says. “Everybody is in the business of music should be documenting those moments. Bring those to us.”

Tate notes Sony Music Nashville’s Luke Combs and his team as one recent example of those forward-thinking organizations. Tate recalls that in commemorating Combs’ first No. 1 party celebrating “Hurricane,” his team gave the Country Music Hall of Fame and Museum a shirt from his first music video.

“That was a great idea,” Tate says. “You can bet that his early career is documented at the Hall of Fame now, and it was as easy as them being gracious enough to say, ‘This is important to be mentioned,’ and to be given the artifacts.”

Items such as those from Combs and Fricke are essential, personal mementos that enrich the story of country music because they document some of the earliest moments from an artist’s career.

“They are not all Gold records or awards, but they are precious to the history of country music,” Tate says.

To donate digital items to the Country Music Hall of Fame and Museum, email: [email protected]

The Country Music Hall of Fame and Museum offers the following examples of items that can be important to maintain throughout an artist’s career, to preserve a legacy for future generations of country music fans: 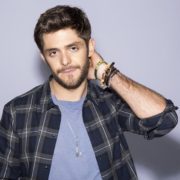