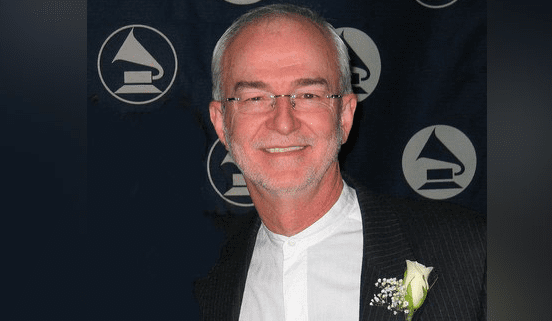 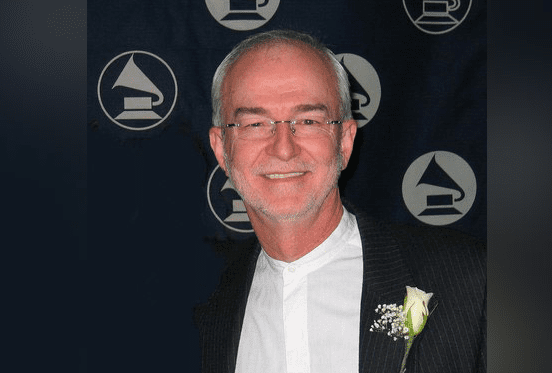 Carl Jackson has been acknowledged in so many ways for his remarkable talents that it has already become impossible to encapsulate his “legendary“ body of work without leaving out some pretty significant moments. His most recent being Glen Campbell’s 64th and final studio album ADIOS, scheduled for release on June 9, 2017. And how apropos…Campbell was 36 in 1972, when he hired an 18-year-old Jackson to perform with him onstage.

Campbell proudly witnessed Jackson receive his first Grammy in 1992, exactly 20 years after they met, for his album with John Starling entitled Spring Training, and a Dove Award for Southern Gospel Song of the Year, “Where Shadows Never Fall,” recorded by Campbell. The ballad, “No Future In The Past,” sung by Vince Gill, was named the No. 1 Country Song of the Year in 1993 by Radio & Records magazine.

And then came Jackson’s second Grammy…the 2003 Country Album of the Year, Livin’, Lovin’, Losin’ – Songs of The Louvin Brothers along with “How’s The World Treating You,” a duet from the album, featuring James Taylor and Alison Krauss, which also won the 2003 Grammy for Best Country Collaboration with Vocals, for which Jackson received a Grammy Certificate. Then, there are Jackson’s five IBMA Awards, three ASCAP Awards, and an International TV Programming Award.

Carl: Glen and I were close and have remained so all through the years. There were shows all over the world, there was a lot of golf, and although mostly on the road, dinners were not limited to Sunday. Heck, I even introduced Glen to Kim…it was never strictly business…it was family.

During their 45-year relationship, Campbell saw Jackson’s song “Little Mountain Church House,” win the 1990 International Bluegrass Music Association Song of the Year and get recorded by over 100 artists. According to a poll conducted by Bluegrass Unlimited Magazine, Jackson wrote eight of the top bluegrass songs of all time.

Jackson is a Mississippi Musicians Hall of Famer and in 2008 he became an SPBGMA Preservation Hall of Greats inductee. Jackson has won SPBGMA Songwriter of the Year twice and in 2011, the state of Mississippi honored him with an official Country Music Trail Marker in his hometown of Louisville, Mississippi. The marker, which highlights Jackson’s career, stands within a stone’s throw of the historic Strand Theatre where he performs his annual “Home for Christmas” concert; the very building where he used to watch movies as a kid.

Then, in 2012 Jackson became the recipient of The Governor’s Award for excellence in music.

And I’ll bet Jackson and Campbell kicked-back many-a-time and watched a ball game or two, while harmonizing jazz notes, on the songs Jackson penned for the California Angels “California 9 to 5,” “Dreams” and “Something To Shout About” and the Ole Miss Rebels “Neath The Oaks In The Grove.” Now that’s funny…

Carl: I’ve used the expression “labor of love” many times for projects that I have produced, but this time those words apply even more. Glen Campbell gave me a job when I was 18 years old. Glen featured me on every show he did all over the world from 1972 until 1984. Glen recorded my song “Letter To Home” and made it my first Top Ten country record. He gave me the most beautiful goddaughter anyone could ever hope for. That’s just a very short list… it goes on and on and on. Being entrusted with the production of this final studio album of the man I consider the greatest singer EVER is an honor I will treasure the rest of my life. Glen Campbell is family and I love him dearly.

And family he became. Campbell and his wife Kim asked Jackson to be their daughter Ashley’s godfather.

Carl: That beautiful, talented, young lady is VERY instrumental in my life and my happiness.

ADIOS features 12 cover songs that Campbell has wanted to record for some time, and includes guest appearances by Vince Gill, Willie Nelson and Campbell’s children Ashley, Shannon and Cal.

Carl: Due to Glen’s condition (Alzheimer’s), there were definitely some challenges beyond the norm. However, the kinship and love in the room was magic and I’m very proud of what we were able to accomplish together. Glen was remarkable, as always.

Most recently, Jackson has been on a long-overdue and timely hiatus since he finished Othophonic Joy and Campbell’s farewell album ADIOS. I say timely because Jackson’s father (Lee) has not been well for some time. Although Jackson told me his dad is improving, he’s not completely out of the woods yet, so please keep Mr. Jackson in your prayers. It was Lee, in the mid-sixties, who took Jackson backstage to meet and play for Jim & Jesse McReynolds near his hometown of Louisville, Mississippi, which resulted in Carl landing his first professional gig with the bluegrass greats at 14 years of age.

The Producer’s Chair: Has there ever been a moment in time when you have been discouraged in any way about our industry?

Carl Jackson: Certainly, there have been brief times of discouragement, but I’ve had more than my share of blessings in this business and have no room to complain. I never get discouraged now…unless I turn on “country” radio!

The Producer’s Chair: Has bluegrass become more mainstream in the past 10 years?

Carl Jackson: I suppose it has. I just think it’s a realization by a lot more folks these days all over the world that it’s actually alright and even “cool” to like bluegrass. But I’ve always seen a large audience for bluegrass…especially if you didn’t reveal to folks what they were listening to was “bluegrass.”

The Producer’s Chair: Is the bluegrass player bar getting higher with every passing year?

The Producer’s Chair: Being a singer, what qualities do you look for when deciding whether or not to produce a new artist?

Carl Jackson: The quality I most look for is their ability, determination, and desire to actually be an “artist,” rather than just an “act” willing to go in whatever direction the current wind might be blowing. Referring back to one of your earlier questions, it actually is kinda discouraging to accept that true artists like Glen Campbell or Merle Haggard would have a hard time landing a record deal these days.

The Producer’s Chair: How much of a difference has SiriusXM made to the Bluegrass genre?

Carl Jackson: It has made a huge difference I believe. For years it was next to impossible to hear a bluegrass song on main-stream radio. Now, it’s right there 24 hours a day! God bless SiriusXM!

The Producer’s Chair: What is the biggest challenge today that the bluegrass world is facing?

Carl Jackson: Just remaining true to what the music is. Stretching the boundaries in any genre is great and welcomed, but hopefully bluegrass doesn’t follow in the footsteps of country in pursuit of a bigger “piece of the pie” to a point where we hear the expression “that’s too bluegrass” as a reason not to play something on “bluegrass” radio!

The Producer’s Chair: Who’s your A-team of musicians these days.

The Producer’s Chair: Who are your most regular co-writers today?

Carl Jackson: I’ve actually written quite a few things alone the last few years, but the co-writers I enjoy most would be Larry Cordle, Jerry Salley, or Jim Rushing.

The Producer’s Chair: Who is your engineer of choice?

Carl Jackson: Luke Wooten, although I can’t always afford him now! I gave him his very first engineering job when he was going to Belmont and interning at Famous Music. He is the best! I also love to work with John “Hip Hop” Caldwell. John interned with Luke and has become an incredibly talented engineer.

The Producer’s Chair: Studio of choice?

Carl Jackson: Station West – It belongs to Luke Wooten and is where I’ve cut most everything I’ve produced over the years including Livin’ Lovin’ Losin’, Mark Twain: Words & Music, Orthophonic Joy, as well as Adios.

The Producer’s Chair: Is there more or less session work for bluegrass players these days?

Carl Jackson: There has always been quite a bit of work for bluegrass players…especially on the “specialty” instruments like fiddle, banjo, mandolin, and dobro. Country music fans have listened to “bluegrass” musicians like Aubrey Haynie, Jerry Douglas, Stuart Duncan, Rob Ickes, Randy Kohrs, Bela Fleck, Ricky Skaggs, Bryan Sutton, and even me on more “country” records than you could shake a stick at!

The Producer’s Chair: Glen used to introduce you on his show as the greatest banjo player in the world. How did you feel about that?

Carl Jackson: It made me feel like a million bucks and whether that was ever true or not, I do know he believed it to be. I dang sure always did my best to not make a liar out of him!!! LOL