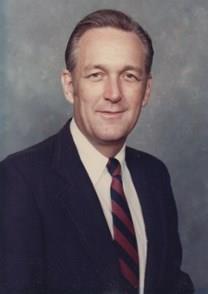 Musician Bob Forshee passed away peacefully at age 80 on Thursday, May 11, surrounded by his family.

Forshee had a 36-year career with State Farm Insurance. But in the early 1960s, he was a Nashville songwriter whose works were recorded by such Grand Ole Opry stars as Jan Howard, Jimmy C. Newman and Skeeter Davis.

He was a 1959 graduate of the University of Missouri who worked as a schoolteacher before moving to Nashville to pursue his songwriting aspirations. Signed by Ray Price’s Pamper Music in 1962, Forshee had a number of songs recorded during the next three years. Burl Ives, Paul Peek, Connie Francis, Jake & Josh, Mac Wiseman, Linda Manning and Sonny Williams were among the artists who released Forshee’s songs.

Forshee also had success in pop and r&b thanks to Etta James recording his “Would It Make Any Difference to You” and “I’d Like to Hear That Song Again” in 1963.

In more recent years, “I May Fall Again” has been revived by Johnny Rodriguez in 1996 and by Paul Pace in 2003.

The songwriter’s Pamper contract evidently expired around 1966. He left music professionally, but played guitar at home for the rest of his life. Survivors include Nancy Stasser Forshee, his wife of more than 50 years, plus daughter Sharon, sons David and Mark, brother Tom and five grandchildren. A celebration of his life was held privately.

A gathering of family and friends is scheduled for Thursday, May 25, from 3 p.m.-7 p.m. at Woodlawn Roesch-Patton Funeral Home, located at 660 Thompson Lane in Nashville.