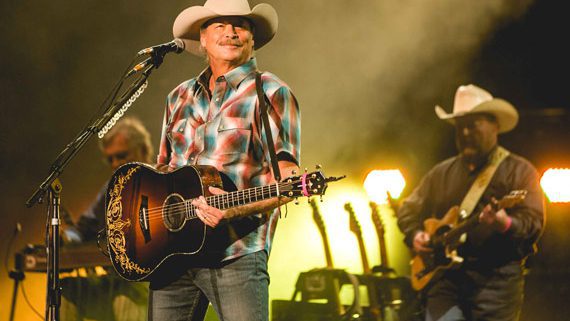 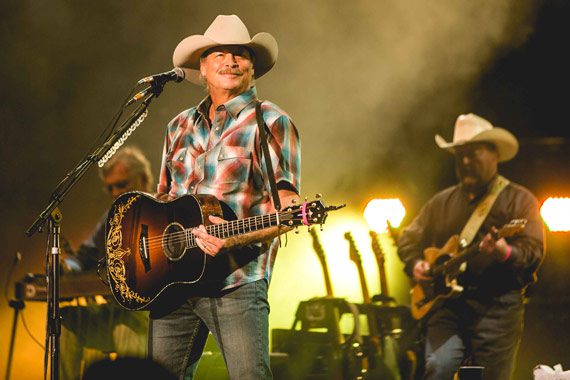 Outside, the beautiful weather held out for the mainstay’s performance of many iconic hits that have attracted many of the country music fan tourists. Within the first hour, Jackson had played “Gone Country,” “Livin’ On Love,” “Here In The Real World” and “Chasin’ That Neon Rainbow.”

Womack, who had suffered an infection and underwent wrist surgery just hours before performing, was welcomed back to the stage for the duet, and Vern Gosdin cover “Till The End.” The two recorded the title in 2010. In keeping with the traditional theme, Womack was retained for her first performance ever of Jackson and George Strait’s 1999 duet “Murder On Music Row.” Wright was also welcomed back for “So You Don’t Have To Love Me Anymore,” a song Jackson’s former ring bearer wrote for his uncle’s 2012 EMI project, Thirty Miles West. 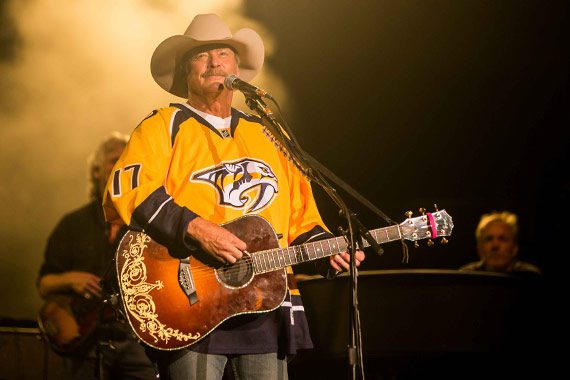 Even the lawn audience remained standing through “Little Bitty,” “Don’t Rock The Jukebox,” “It’s Five O’Clock Somewhere,” “Chattahoochee,” and an encore with a Nashville Predators jersey, including “Mercury Blues.”

Around midnight that evening, Jackson surprised patrons at his Lower Broadway Good Time Bar for a set again including his band The Strayhorns, for renditions of “Good Time” and “Chattahoochee” in addition to some deep tracks. The bar’s top floors just made their soft opening.

The touring powerhouse’s Honky Tonk Highway Tour has been rolling since January and continues through October. 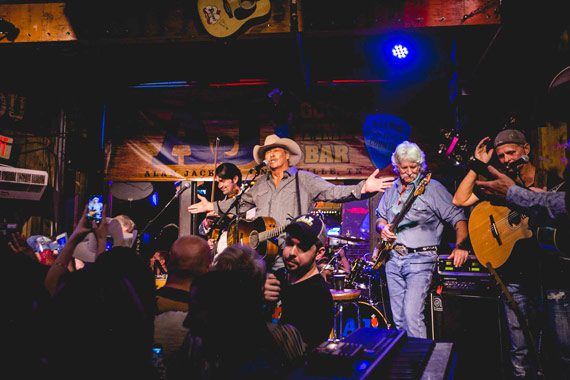 With her hand wrapped in an ace bandage, Womack ironically began her opening set at the amphitheater with “Does My Ring Burn Your Finger” before continuing with “Talk To Me” and “Little Past Little Rock,” about the closest to uptempo as the star’s catalog gets.

Womack announced she will release a new album she recorded in East Texas here in the fall. She introduced the rockin’ “All of the Trouble,” a title co-written with Waylon Payne and Wright.

The beautiful steel guitar and twin fiddles rang out on “I May Hate Myself In The Morning” before her set concluded with “I Hope You Dance” and “Ashes By Now.” 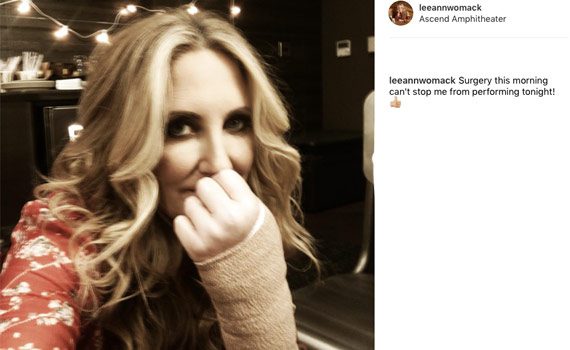