During the 58th annual Grammy Awards, as the nominees were announced for the Best Country Album category, songwriter Jamie Floyd gathered with friends around a television, watching in anticipation. Ashley Monroe’s album, The Blade, was among the nominated albums. Floyd co-wrote the stunning title track with writers Allen Shamblin and Marc Beeson.

Though Grammy honor didn’t go to The Blade that evening, a lifelong dream of Floyd’s was realized. But while being part of a Grammy-nominated project lends prestige and credibility to songwriter, it is no guarantee of a hefty monetary payout.

In Floyd’s case, like numerous other up-and-coming songwriters, industry success doesn’t even guarantee the ability to make a full-time living through making music. Soon after the Grammy celebration, Floyd had to return to her other job, as a waitress.

“In that moment, I was so grateful and it was an ultimate dream come true, and at the same time, to know that that dream come true was not enough to change my life in the way that maybe anyone would think that it could, was very hard to process,” Floyd tells MusicRow.

“When I was coming up in the business, you think that if you are part of something that has a Grammy nomination, you are considered a professional. To me, a professional is someone who does that as their full-time job. To feel like I had reached that professional level in a way with a song that I had written, but that the rest of my life didn’t reflect that, it was encouraging and heartbreaking at the same time. It’s hard to celebrate when you know that you have a job, that isn’t your job as a professional songwriter, waiting for you when you’re done.” Floyd’s story is among those told in the new documentary The Last Songwriter, which will hold its world premiere during the Nashville Film Festival on April 27. The Last Songwriter, directed by award-winning filmmaker Mark Barger Elliott and featuring a score by “Bless The Broken Road” songwriter Marcus Hummon, centers on the creative and financial battles being waged by today’s publishers and songwriters, against what they feel are outdated consent decrees and diminishing returns from music streaming services such as Spotify and Pandora.

Luminary songwriters including Hummon, Tony Arata, Matraca Berg, Tom Douglas, Lee Thomas Miller, and Allen Shamblin discuss the effect outdated consent decrees and streaming music have had on their careers. Garth Brooks champions songwriters during his interview for the project at Nashville’s Bluebird Café. Jason Isbell was interviewed at the Greek Theatre in Los Angeles, while Jim Lauderdale spoke for the documentary from SESAC’s Nashville headquarters and Emmylou Harris opened her home for an interview.

“I noticed there wasn’t a way for songwriters to make a living. I realized it was a story that needed to be told in a film,” said Elliott, who previously worked in Nashville as a songwriter for several years.

“It depends on how you look at it, if you are in the industry you could say it’s solidifying, that our business model is starting to work,” Elliott told MusicRow. “But if you are the songwriter, you’re getting 12-14 times less than the artist makes. That means your ability to make a living is decreasing at a pretty big rate. What is difficult for the songwriter is that streaming will soon become the only way people will listen to music.”

It was Floyd’s “The Blade” co-writer Beeson who brought Floyd to Elliott’s attention. Floyd’s story is one of highs and lows, of struggle and hustle. By age 11, she had negotiated her first publishing and record deals. But by age 18, those deals had dissolved, and Floyd enrolled in Nashville’s Belmont University. Throughout her career, Floyd has been supplementing her income from music with work in the restaurant business, a necessity she discusses in the documentary.

“On the initial phone call [for The Last Songwriter], Mark asked me if I was ok with being honest about this,” Floyd said. “A lot of artists and people in the entertainment business, we are expected to make everything look like it is successful and happy and exciting all of the time. You’re kind of trained to not let anybody see you sweat. I had to be okay with owning the fact that so much of my life has been waiting tables and not being 100 percent a songwriter.

“It was an interesting perspective to think that the fact that people knowing the truth might make them think lesser of me, like, ‘If she hasn’t made it there is probably a reason.’ It was very liberating to say, ‘This is who I am, this is what I’ve done, this is what I haven’t done and this is where I am trying to go.’” Newcomer songwriters are not the only ones who have had their incomes deflated by the new streaming economy. In The Last Songwriter, Tom Douglas said though he and Allen Shamblin’s 2010 hit for Miranda Lambert, “The House That Built Me,” had been streamed approximately 20 million times, Shamblin and Douglas brought in approximately $1,000 each from that.

Singer-songwriter Isbell is in a unique position to see discrepancy between the income an artist receives and the income a songwriter receives from streaming services.

“As a label, a recording artist and a songwriter, I get different checks from these services from Spotify, from Pandora, from Apple Music and because I own my label and I’m my own publisher, and I write all the songs myself, I get each individual check and I see the difference between the three. If you see just the one you are getting as a songwriter, it’s pretty heartbreaking.”

During his interview for The Last Songwriter, Brooks stated that Nashville has lost 80 percent of its songwriters.

“If we can’t change the consent decrees, we could potentially lose the next generation of songwriters,” Elliott says. “The next ‘Tony Arata’ could give up before he writes ‘The Dance.’ The next ‘Matraca Berg’ [may be] too tired from working three jobs, she doesn’t spend that week co-writing and doesn’t create ‘You and Tequila’ or ‘Strawberry Wine.’”

For the documentary, NSAI’s Bart Herbison stated that NSAI advises aspiring songwriters to take an honest look at their chances of making a living through crafting songs.

“We tell them statistically that’s never going to happen,” Says Herbison. “We tell them about the decrease in the volume of opportunities for American songwriters, then we start working with songwriters on what is your backup plan, and not just Plan A, Plan B. You better have five or six letters down the alphabet.”

While balancing restaurant work and filming The Last Songwriter, Floyd pursued writing music for another movie, Dog Years, starring Burt Reynolds and Ariel Winter. Writing one song turned into penning 18 songs for the movie, with the majority of the songs making the final cut.

Floyd’s story of hard work and struggle is one of the few with a happy ending. Her work on Dog Years led to her recent signing of a record and publishing deal. With the signings, Floyd is free to leave the restaurant world behind to pursue her craft full-time.

When the Nashville Film Festival begins in April, The Last Songwriter and Dog Years will both have showings. Floyd’s parents will be among those in attendance, to watch their daughter’s story and work come to life on the screen.

“My parents haven’t been here since they dropped me off at Belmont [University] 14 years ago,” Floyd says. “They haven’t seen the restaurants I’ve worked in, they haven’t seen any show I’ve done here. When they had dropped me off as a college freshman, I had just lost a record deal. Now they are coming back to see what is happening now.

“A year ago we were in the thick of filming the restaurant scenes. If you had told the girl mopping at the restaurant a year ago, that exactly a year later that would be completely taken out of the picture, I don’t know if I would have believed you. I am one of many songwriters that have this exact storyline. It’s meant to encourage my generation to not give up, if they know that this is what they are supposed to do.” 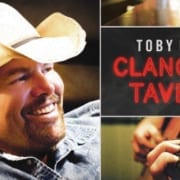