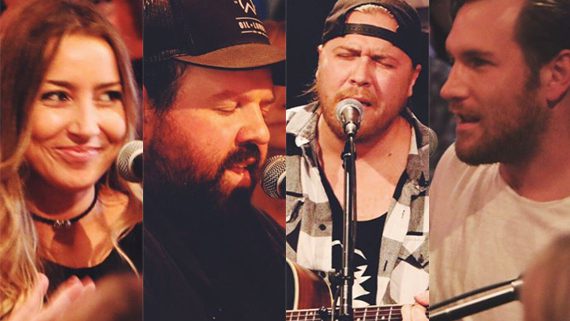 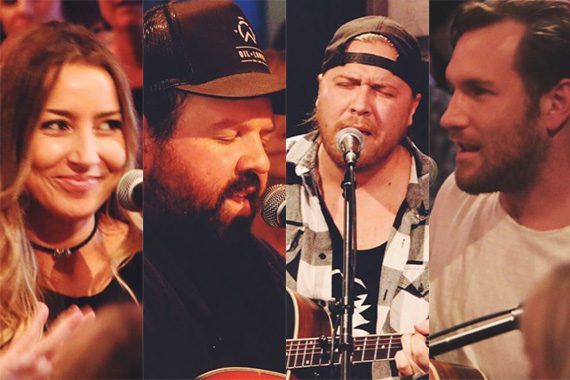 The liveliest, Gelbuda, featured his seasoned, soulful voice on original titles recently cut by Love and Theft (“On My Way To You”), Lee Brice (“Best Part Of Me”) and Dustin Lynch (“Love Me Or Leave Me Alone”).

Stoklasa also offered similarly impressive, albeit subdued, vocals on the new Charlie Worsham titles “Beginning Of Things” and “Call You Up.” A sync from Oprah’s Weight Watchers commercial was the night’s sing-a-long, “Brand New.” He also offered his first Lady Antebellum cut “Lie With Me,” which he also confessed was his only cut by the group. Of course that excluded his cut by the trio’s lead vocalist, Charles Kelley, “Leaving Nashville,” of which the round was titled. Woods offered up the well-crafted title to close out the show.

Woods softly played through an additional title he and Stoklasa wrote, Tim McGraw‘s “Portland, Maine,” which the Canadian confessed threw his geography after receiving missed calls from that location on his U.S. burner phone.

Sackley, of course, pulled from her impressive cut list to include “Speakers” (Sam Hunt) and “Sunshine and Summertime” (Faith Hill). 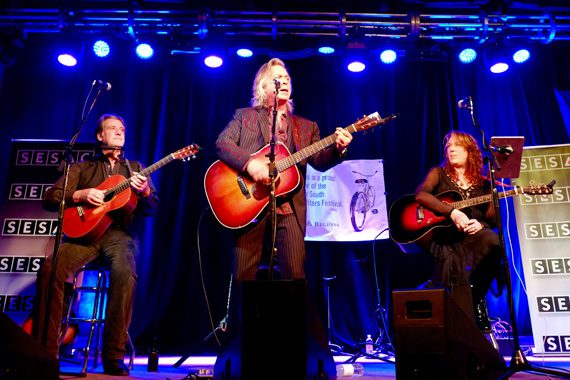 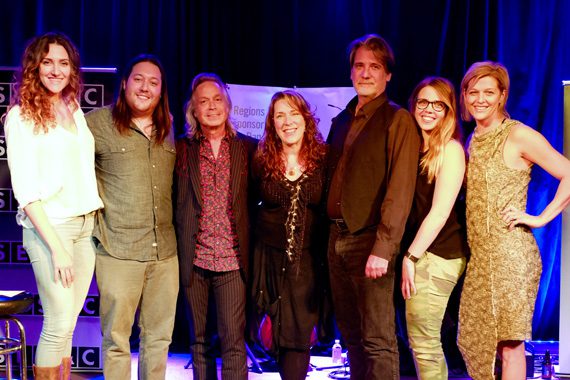 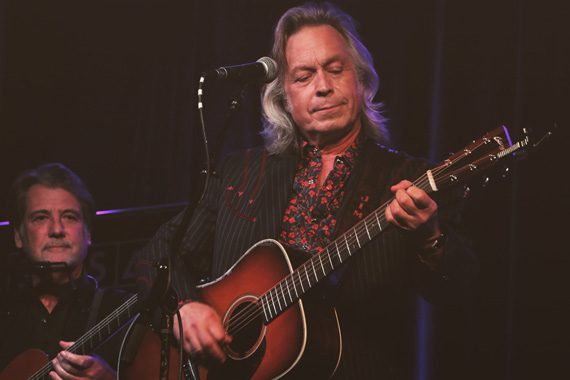 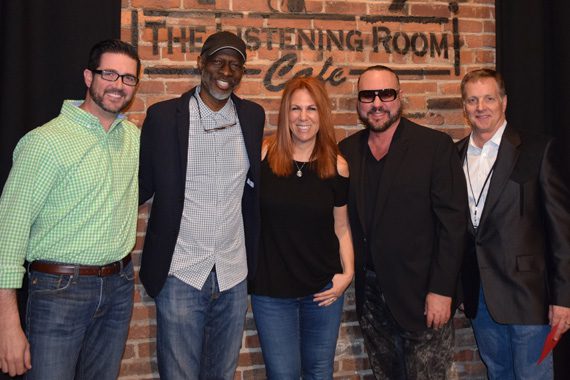 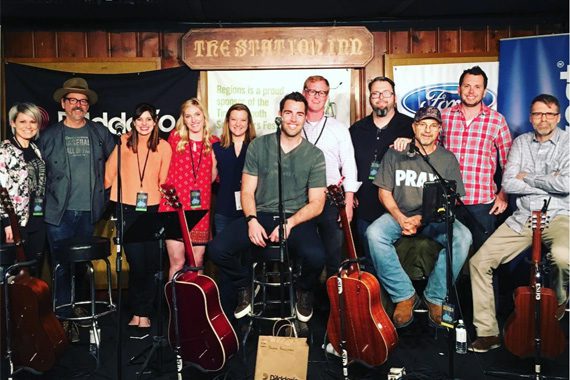 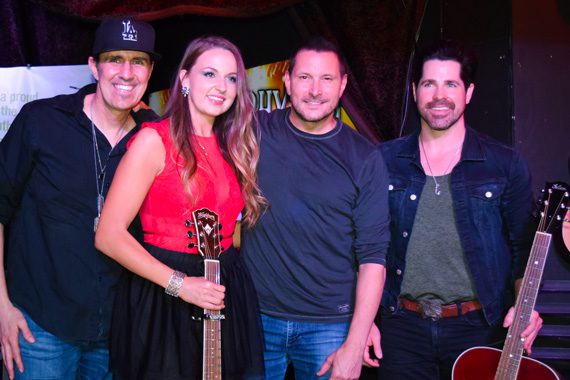 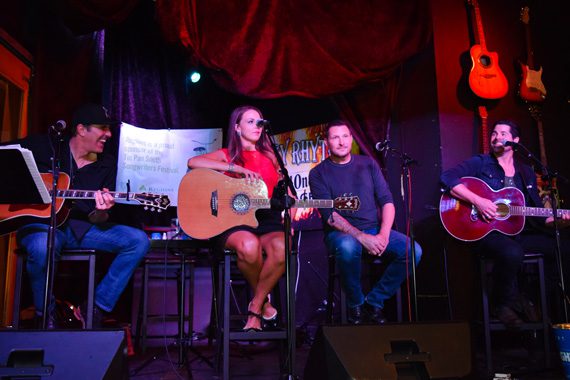