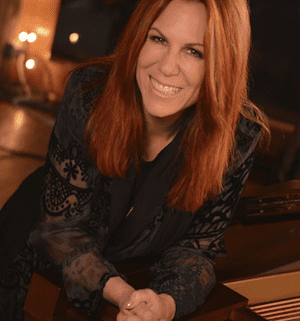 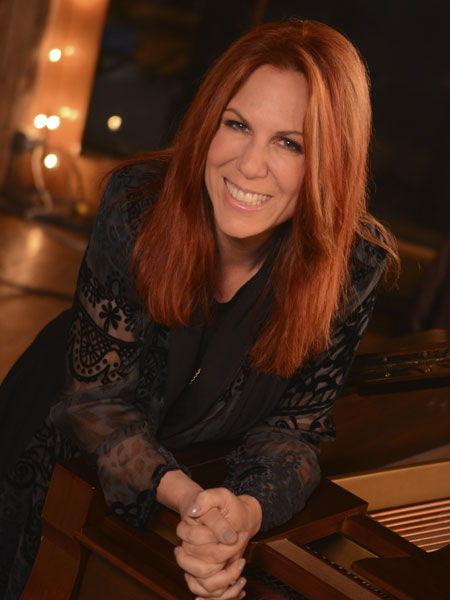 Is there such a thing as too much fun? Most producers don’t even want to think about juggling the number of balls Victoria Shaw has in the air, but it’s all definitely by choice. Shaw has multi-tasking down, to the point that she could teach it, and seems to be at her best when firing on all cylinders.

To date, her songs have helped sell 85 million records and garnered six No. 1 singles. Her accolades include ACM Song of the Year (for John Michael Montgomery’s “I Love The Way You Love Me,”) a CMA Award for producing Lady Antebellum’s Single of the Year “I Run To You,” two Emmy awards for Outstanding Original Songs for the dramas One Life To Live and As The World Turns, and more than 20 ASCAP and SESAC Awards, including Publisher of the Year. She penned songs including Garth Brooks’ “She’s Every Woman,” and “The River,” as well as Brooks’ duet with Trisha Yearwood “Where Your Road Leads,” Ricky Martin & Christina Aguilera’s “Nobody Wants To Be Lonely,” and Brooks’ current single “Baby, Let’s Lay Down and Dance.” She penned Jim Brickman’s recent Christmas single and also has cuts by Keb’ Mo’, Olivia Newton-John, Boyzone, Faith Hill, LeAnn Rimes, Reba, Billy Ray Cyrus, and Michael McDonald.

Needless to say, no one was the least surprised when Shaw was invited to join Heart, Emmylou Harris, Indigo Girls, Shawn Colvin and Estelle, at the Grammy Festival at Sea: Women Who Rock, which was created to celebrate Grammy-winning and/or nominated women in music. Shaw was also invited to be a panelist on BMI’s Women Behind The Board, hosted by Dave Cobb, in 2016.

Shaw’s Under The Covers series has been a staple for the past 12 years at jazz club Birdland in New York City, welcoming artists from the pop, Broadway and country worlds. Among her most frequent collaborators are Neil McCoy and Gary Burr, whom Shaw laughingly refers to as her “musical spouse.”

Following her own record deal with Warner Bros., Shaw has recorded five CDs, five videos, and has toured extensively in Europe, including touring with Don Williams and performing at the London Palladium twice.

This month, Shaw will perform at Tin Pan South in Nashville with Keb’ Mo’ and Desmond Child.

She is also mother to two daughters, Ava and Ruby, who are themselves emerging artists.

The Producer’s Chair: What advice can you share with writers, when it comes to choosing a publisher?

Victoria: It has to be a good marriage going in. All the things kind have to fall into place. I’ve been in to many deals where if you go against your gut, it doesn’t work out for anybody. I’m very independent that way. Any time I decide to join forces hopefully that force is better than I am. I want a really strong partner.

The Producer’s Chair: How do you develop new writers?

Victoria: They absolutely have to have the writing talent gene. It’s okay if they’ve never tapped into it. I do have some really great methods of developing that. It kind of goes first from having them discussing and observing and explaining everything, as we go into the writing process. I don’t just say, “Nah that won’t work.” I get into really explaining why it doesn’t work. As they start to understand, they may not be able to throw out the great lines, but they start to become good editors of what makes sense, and then finally they really get it and become true contributors. If you really do your job well, they go out in the world thinking they actually taught themselves. Ha! Sorry, that was for my own amusement.

Victoria: Completely different. Back in the day, they did take their time and try to develop artists. My method of developing an artist is completely different, but the goal is the same. I came to Warner Bros. with a lot more experience than a lot of green artists, so their developing process with me was…I was already a very well known songwriter when they signed me. I’d already done TV and plenty of interviews. So when I work with artists, I draw from a lot of experience, not only producing artists, but as a performance coach, an interview coach. I’m pretty good at teaching how to do an entertaining interview while still being careful.

The Producer’s Chair: Are you ever called upon by other producers to assist with their artists’ vocal performances in the studio?

Victoria: Yes, but I can’t drop any names. I really enjoy getting a great vocal. I’m not just recording them and getting the vocal, I can really do things that are a great advantage to producers. You don’t have to be a singer to produce but, I’ll tell you what, it is a hell of a bonus. I just have a lot of tricks, to get the vocals interpretation and texture.

The Producer’s Chair: Has music become a ‘loss leader’?

Victoria: It’s just a Wild West Show right now. And it’s not as scary as it was at first. It’s all about the new millennium. There’s no norm yet. Is it a loss leader? I don’t know. It’s pretty bad and I just keep hoping somehow we get things worked out in a way that it isn’t so completely tilted in favor of the people that use music to build their businesses but don’t want to be fair to the creators. I still don’t understand why the government gets to regulate our non-government business. It’s scary times, which is why, as a songwriter, I had to diversify and get into producing, publishing, etc.

The Producer’s Chair: Are there many opportunities for producers to present artists to labels?

Victoria: Whenever I have an artist to bring around, I just like to take my time and develop the artist and then bring them in.

The Producer’s Chair: How have you diversified as a producer?

Victoria: I keep getting hired for these interesting alternative acts. Somehow I have found myself producing people who have very successful careers on TV and as everyone knows, other than radio the best way to sell product is with TV. There’s a lovely, creative, lucrative outlet there that I enjoy and I’m interested in. I’ve always looked at things like, “Okay, everybody’s going left, so how can I go right, because it is not as crowded.” In the process, I get to keep honing my skills and getting product out there.

When I got together with Robin Meade in the beginning I told her, “Do not expect radio to play you. Radio does not embrace TV celebrities, but you are on TV six hours every day. Let’s come up with a different plan.” So I introduced her to a company that licensed albums and put them in all those kiosks in Target, Walmart and Bed Bath & Beyond, and she sold really well. We did two albums like that and everyone came out happy. Lately, I’ve been working with the Scott Brothers (aka Property Brothers) and that’s been a really working relationship. The thing about the Scott Brothers is that they have actually penetrated mainstream country more than I had told them they would. Their first single “Hold On” got some Billboard action and they’ve had hit videos on GAC. They are very protective of their “brand” so everything they do is first class.

I’m also producing Erich Bergen who starred in the movie Jersey Boys (playing Bob Gaudio) and now is on Madam Secretary, being seen by over 12 million people every week. Erich is not a country artist so that’s also fun for me, for a bit of a change.

The Producer’s Chair: Have you ever had that desire to own or run a label?

Victoria: (Laughing) No, not at all. But I am surprised that there’s not more phone calls from the big labels asking me to develop their talent. It’s not something that I think about much though. I just think it’s kinda funny, cause they’ve seen what I can do.

The Producer’s Chair: What are the biggest challenges facing artists today that they didn’t have to face in the past?

Victoria: They better be up on their social media. I am so tired of giving that lecture and I do a lot! There are certain artists I work with who are all about social media and for some artists, it’s like pulling teeth. It starts to make me not interested in working with some people. Even if you’re amazingly talented, you’re working against me and you’re working against the industry to help you. It’s too bad that we live in a time when your social media platforms and numbers matter, but they do and unless you’re the second coming and we’ve never seen anything like you before, you need to be active. You need to help the people who are trying to help you. If you’re under 25 years old, it should just be part of your make up. I always say, “I should never have more Twitter followers than my artists.” I live with two teens that use it in their daily lives. These are just the times we live in. When I started working with Hillary Scott (even before Charles and Dave) she worked MySpace like she was on a mission. I loved that about her! If I had grown up in the days of YouTube, I would’ve been obsessed with putting content up there. I would have seen it as a great big stage that I get to perform on all the time!

The Producer’s Chair: How do you recommend that artists and songwriters go about ‘writing up,’ with the big boys?

Victoria: They won’t write with you. I don’t even have time to write with all the big writers I’d like to write with. Stop trying to write with the big guys. Find the next up-and-coming big guys. All the people I grew up with in this town, like Gary Burr, I met when he was starting out.

I met Garth when he was starting, and Marcus Hummon and Chuck Cannon. Talent attracts talent. I found my class. Believe me, I tried to get those big boys to write with me and they wouldn’t. Now I realize first of all, not to be rude but really, what gave me the right to go to some really big songwriter and think he’d write with me? I understand we all think that way, but try to find your class. Try to find talented people that are up and coming. Stop looking so far ahead and find the talent that fits you.

The Producer’s Chair: Are you planning on recording another album?

Victoria: Eventually yes, but I’m so busy, that always takes a back seat to everything else. But definitely, and that’s fun.

The Producer’s Chair: Your daughters Ava’s and Ruby’s artist careers have come a long way since you were last on the show. Are you developing, producing and/or managing them?

Victoria: No I’m not! I am a big believer in parents not doing that. What I have done all my life is expose them to the arts and expose them to things that I love. If I loved sports, I would expose them to sports. I have gently given them suggestions, when I thought it could help, but I think the best way for my kids to learn from me is through observing. I think it’s really an unhealthy thing for the parents to be grooming the kids. For me, I just don’t think it works. It’s not a good dynamic.

I think they are frighteningly talented. Do I think they have that gene from their parents? Absolutely. Every time people hear them sing, I get “Did you work with them?” No, I did not. They observed. They saw me teaching other vocalists, so they got the lessons without me sitting them down.