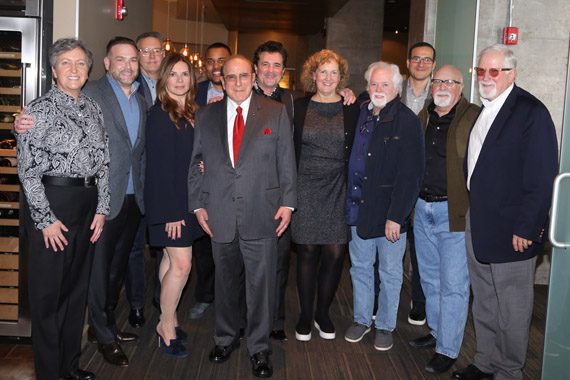 In his 50-year career, Clive Davis has helped craft the soundtrack for the lives of not one, but three generations of music fans. Artists including Whitney Houston, Bruce Springsteen, Alicia Keys, Aretha Franklin, Billy Joel, Chicago, and Aerosmith have all benefited from Davis’ career guidance.

Davis was welcomed to Nashville by members of the local music industry earlier this week as Leadership Music invited the legendary executive as keynote speaker for its Record Company Program Day.

The appearance also served as a preview of Davis’ upcoming documentary, Clive Davis: The Soundtrack Of Our Lives, which will open the 16th annual Tribeca Film Festival at Radio City Music Hall on April 19.

The film, directed by Chris Perkel, is based on Davis’ 2013 autobiography. The film is produced by Michael Bernstein of Scott Free Productions, with Ridley Scott and Mary Lisio executive producing alongside IM Global’s Stuart Ford, David Schulhof, and Deborah Zipser.

Tim DuBois, who Davis brought on to launch Arista Nashville in 1989, introduced his former boss by recalling the impact Davis has had on his career, and lessons he learned.

“Joel Katz told me that Arista was interested in starting a Nashville organization and asked if I would be willing to take a meeting with Clive Davis. At that point in my life…I had gotten out of management to concentrate more on writing,” DuBois recalled. “I was pretty sure I didn’t want the job but I darn sure wasn’t going to miss an opportunity to meet Clive Davis,” recalled DuBois. “I had read his book Inside The Music Business and I knew he had signed Springsteen and more. It changed my life. He took a chance on an Okie with no experience and hired me to open Arista Records. For 11 years I had the chance to work for him.

“Three things stick out. One, he told me, ‘Don’t ever sign anybody that you can’t see standing on the stage winning it all.’” Said DuBois. “Second, I told him I was hesitating about signing a particular artist because their manager was a notorious asshole. He looked me square in the eye and said, ‘Tim, when you are the label head, your job is to manage the managers.’ I’m not sure I got that right, but that’s exactly what he told me. The most important thing he taught me was that a hit song is precious. Once you find one, you fight to make the greatest record you can. Sometimes you fight the artist, or management, sometimes you fight the corporation, but you don’t put it out until it is right.”

DuBois’ first signing for Arista Nashville was Alan Jackson. The label would go on to sign artists such as Brad Paisley, Carrie Underwood, Brooks & Dunn, Diamond Rio, Deanna Carter, and Blackhawk over the years.

“I just felt that the song, which is the essence of music, has got to reappear somewhere,” he said of his decision to start Arista Nashville, noting successful collaborations between Johnny Cash and Bob Dylan, and Dylan’s Blonde on Blonde, which was partly recorded in Nashville’s Columbia Studio B. 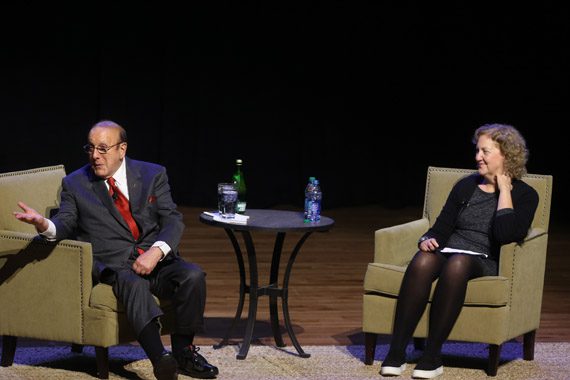 After completing Harvard Law in 1956, Davis joined a law firm that worked with Columbia Records, before joining Columbia a few years later as a part of their legal department. Davis was named president of the label in 1967, at age 35, and tasked with signing new artists and pumping new life into the company’s roster which was heavy on classical and contemporary artists such as Barbra Streisand at the time. Bob Dylan was also under contract, but primarily seen as a songwriter.

That same year, Davis attended the Monterey International Pop Festival, which ran from June 16-18 in Monterey, California. That was where he first heard the music of artists including Janis Joplin (who was then fronting Big Brother and the Holding Company), Jimi Hendrix, and Jefferson Airplane. He would end up signing Joplin.

“She was electrifying and compelling,” recalls Davis. “She was under contract to a small company called Monument Records. I bought that contract.” 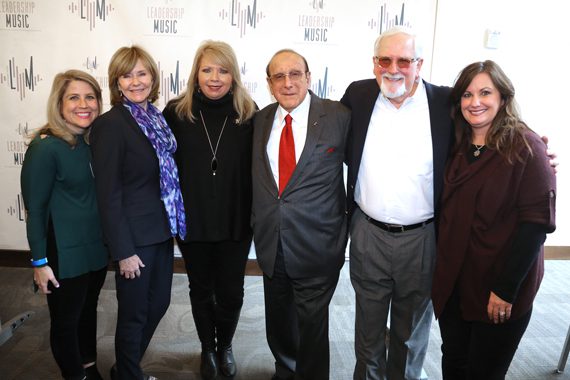 In 1973, Davis was fired from Columbia by CBS after claims that he inappropriately used corporate funds for personal expenses, though he was ultimately exonerated of any wrongdoing.

He didn’t wait long before jumping back into the record business, forming Arista Records. “I was hungry to be a major again,” said Davis. Davis chose the name Arista, after the New York City public high school and middle school variant name for the National Honor Society (NHS), which Davis had been part of.

The first record on Davis’ Arista label arrived in 1975, Barry Manilow’s “Mandy,” which became a No. 1 hit. “Whatever anxiety I had, the first record went to No. 1 so I didn’t have to wait too long.”

He also added The Kinks, Dionne Warwick, and, in 1980, Aretha Franklin to the roster.

In 1985, Davis embarked on what would become one of his career’s highest peaks, when Whitney Houston released her first album, Whitney, which garnered No. 1 hits including “Saving All My Love.”

He recalled auditioning Houston when she was just 19. “She was singing background and had two solo spots in her mother’s act. I was just blown away by her voice, her beauty. One of the two songs she was singing was “The Greatest Love Of All.” I had commissioned that song for a movie that I was doing the soundtrack to on the life of Muhammad Ali, called The Greatest. Whitney, at 19, sang that song and brought meaning into the song that I don’t think the writers knew was there when they wrote it. It sent chills up the spine. I had to sign her.” 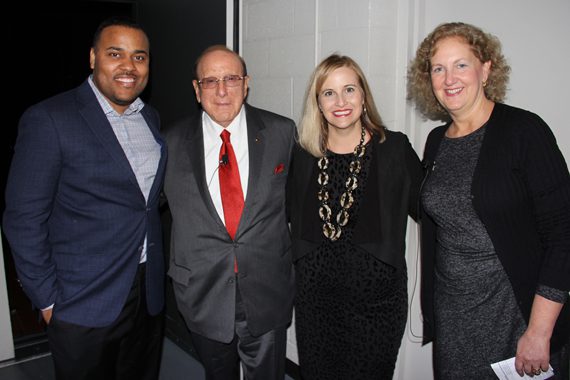 At what Davis called “the height of her popularity,” Houston accepted her first major acting role, in 1992’s The Bodyguard.

“I was scared to death,” Davis recalled. “We had such a great thing going. She took this role. The first time I saw the rushes of it, there was only one song in the film, and so I wrote a letter. I wrote a letter to Kevin Costner and the director. I said, ‘What’s motivating me is the fact that you don’t know why she needs a bodyguard. You’ve got to let her show why she needs a bodyguard to create that chemistry.’ Kevin Costner stepped in and produced it.”

Originally, the film was not slated to include a soundtrack. Adding music allowed for the possibility, and the resulting The Bodyguard Soundtrack became the best-selling soundtrack of all time, and certified Diamond by the RIAA in the United States, and going 17x platinum, according to RIAA stats. The soundtrack’s sterling centerpiece, “I Will Always Love You,” was a 4x multi-platinum single, according to RIAA stats. 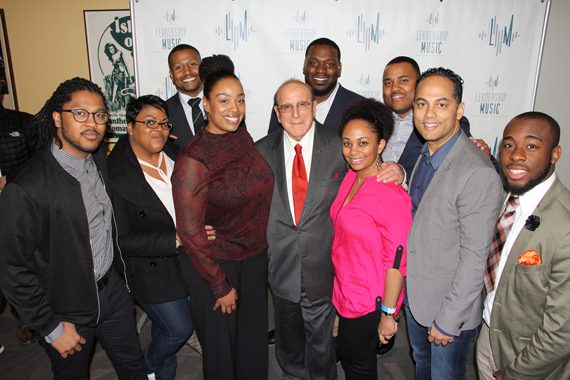 Davis’ success continued in the late 1990s, as he worked again with virtuoso guitarist Carlos Santana, whom Davis had worked with at Columbia in the ‘60s. This time, Davis worked to find suitable collaborators and potential hit songs for Santana’s album Supernatural. His hit “Smooth,” a collaboration with Matchbox Twenty singer Rob Thomas, would prove a smash success, and Santana would earn eight Grammys during the 1999 Grammy Awards.

In a bit of unfortunate timing, Davis was ousted from Arista in 2000. The legendary exec said he was called “too old” to run a label while in his 60s. In turn, Davis launched J Records. In an effort to create an “instant major label,” Davis recalled being offered $150 million to start the label, as well as the opportunity to select 5 “platinum” artists as well as 5 newcomers. Among those newcomer artists that joined the roster was singer, songwriter and musician Alicia Keys.

Davis also noted that he had “no limit” to the number of executives who could come with him from Arista to J Records. Eighteen execs would follow Davis to his new label startup.

“Four years later, they gave me Arista back, with Jive and RCA,” Davis quipped, referring to his rise to president and CEO of RCA Music Group, which also included J Records. In 2008, after a series of restructurings, Davis was named Chief Creative Officer for Sony BMG (now Sony Music Entertainment). 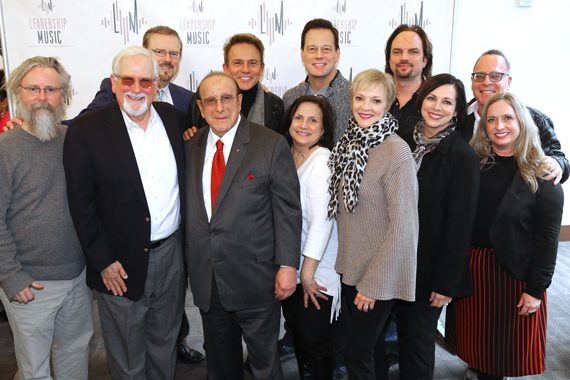 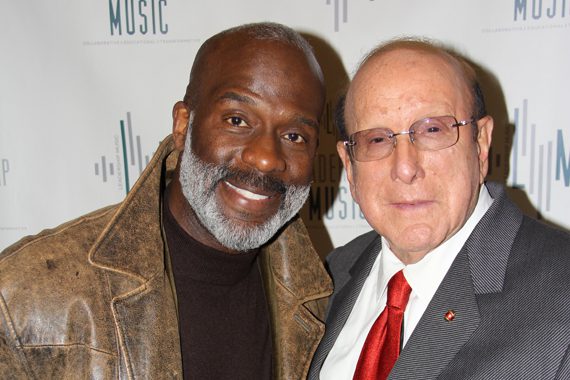