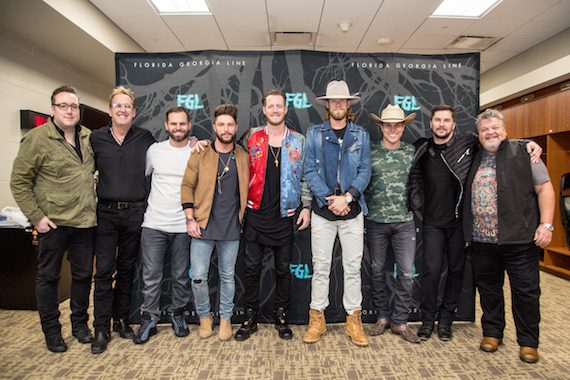 Florida Georgia Line reignited their Dig Your Roots Tour this past weekend, thrilling Tallahassee, Orlando and Miami, Florida, fans in a sold-out homecoming weekend for the duo’s Brian Kelley.

Drawing 40,000 plus people over three nights, Kelley and Georgia native Tyler Hubbard picked up right where they left off in 2016, which found them breaking attendance records and playing to over one million fans for the second year in a row.

LeAnn Rimes To Be Honored By Human Rights Campaign 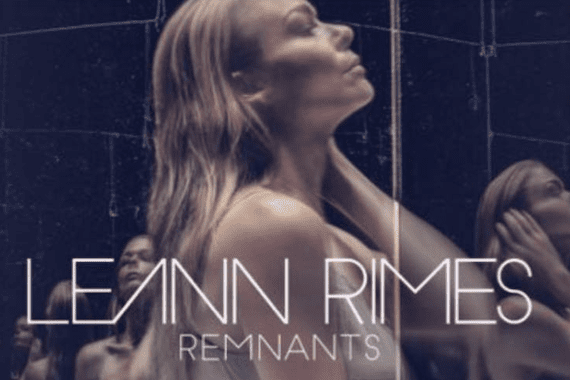 The Human Rights Campaign (HRC), the nation’s largest lesbian, gay, bisexual, transgender, and queer (LGBTQ) civil rights organization, announced that LeAnn Rimes will be honored with the Ally for Equality Award at the HRC Nashville Equality Dinner on Saturday, March 25, 2017.

“LeAnn Rimes is boldly using her influence in the music world to empower people to accept and be their true selves,” said Blake Brockway, co-chair of the HRC Nashville Equality Dinner. “An outspoken advocate for LGBTQ equality, she is also making a difference in the lives of countless young people across the country by standing up for LGBTQ youth and speaking out against bullying. We are thrilled to welcome LeAnn Rimes to the HRC Nashville Equality Dinner and honor her with the HRC Ally for Equality Award.”

The HRC Ally for Equality Award recognizes the outstanding efforts of those outside of the LGBTQ community who use their voice to publicly stand-up for equality for all Americans.

Rimes recently inked a worldwide deal with RCA UK, who will be releasing her 16th studio album, Remnants, on Feb. 3, 2017, along with her first U.S. single “Long Live Love.” 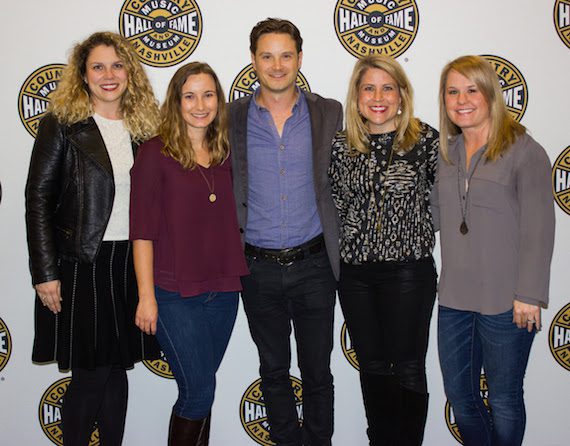 On Wednesday, Jan. 25, the Country Music Hall of Fame®and Museum hosted its annual Troubadour Society kickoff event for its members with a performance by award-winning songwriter Josh Kear in the museum’s rotunda.

Kear is a four-time Grammy nominated songwriter and recipient of the ACM Song of the Year for Lady Antebellum’s “Need You Now.” Kear boasts a total of 11 No. 1 songs, with dozens of cuts by artists including Dierks Bentley, Labrinth, Charlie Puth, Blake Shelton, Carrie Underwood and Keith Urban.

Top Songwriters Team For Brad Paisley Writers’ Round At CMHoF

Hit songwriters Chris DuBois, Ashley Gorley, Kelley Lovelace and Lee Thomas Miller will be part of a special program, Writers’ Round: The Songs of Brad Paisley, at the Country Music Hall of Fame® and Museum Saturday, Feb. 18, at 2 p.m. in the museum’s Ford Theater.

Paisley has remained loyal to this quartet of writers throughout his career. They, in turn, have helped him achieve a consistent sound and a distinct, authentic voice. As longtime friends and collaborators with Paisley, the writers will share personal stories and offer insights into some of Paisley’s biggest hits.

Writers’ Round: The Songs of Brad Paisley is included with museum admission and is free to museum members. Limited seating is available, and a program pass is required. The program will be streamed live at countrymusichalloffame.org/streaming.

The program is presented in support of the exhibit Brad Paisley: Diary of a Player, at the museum through May 14, 2017.