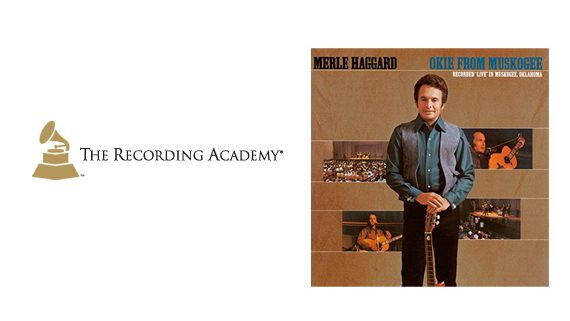 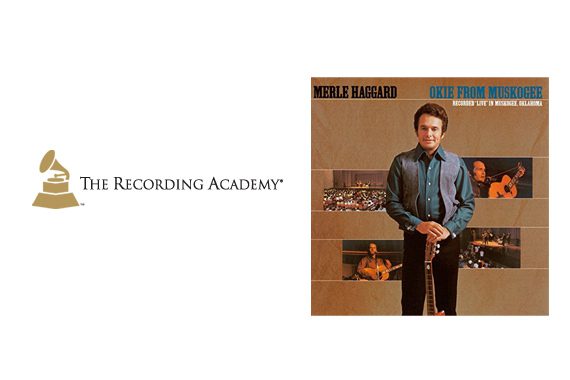 Merle Haggard‘s 1969 Capitol Records album Okie From Muskogee is among the 25 new inductions to its distinctive GRAMMY Hall Of Fame, which recognizes both singles and album recordings over 25 years old.

The Recording Academy announced its 2017 additions, also including Elvis Presley’s “Jailhouse Rock,” Arlo Guthrie‘s “City Of New Orleans,” Bonnie Raitt‘s “I Can’t Make You Love Me,” Rod Stewart‘s “Maggie May,” and the Everly Brothers‘ “Wake Up Little Susie,” among many others.

“The GRAMMY Hall Of Fame represents all genres of music, acknowledging the diversity of musical expression for which The Academy has become renowned,” said Neil Portnow, President/CEO of The Recording Academy. “Memorable and inspiring, these recordings are proudly added to our growing catalog and are an integral part of our musical, social, and cultural history.”

Recordings are reviewed by a special member committee comprised of eminent and knowledgeable professionals from all branches of the recording arts, with final approval by The Recording Academy’s National Board of Trustees. With 25 new titles, the Hall, now in its 44th year, currently totals 1,038 recordings.

Eligible recipients receive an official certificate from The Recording Academy. For a full list of recordings inducted into the GRAMMY Hall Of Fame, visit grammy.org.