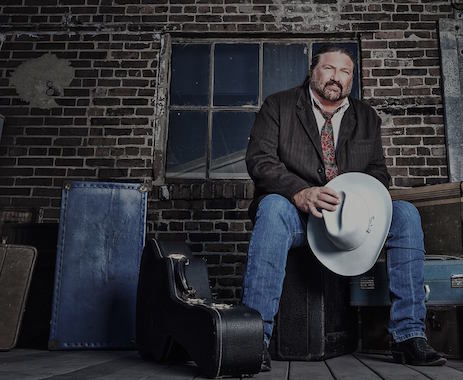 Today’s stroll through the fields of bluegrass has several scenic views.

First, female personalities continue to make news in this once almost exclusively male genre. Kristin Scott Benson of The Grascals, singer-songwriter Irene Kelley and the women in the young bands NewTown and Flatt Lonesome are all in the spotlight today.

Second, three of this column’s discs come from performers who have migrated to bluegrass after making names for themselves in mainstream country. Kelley is one of them. Another is Ilya Toshinskiy. The third is Curtis Wright, a veteran who nonetheless wins a DisCovery Award for entering a new genre.

Third, there’s a new sheriff in town, label-wise. Companies such as Rebel, Pinecastle and Rounder have long dominated bluegrass music. But in today’s column, fully half of the entries come from the North Carolina based label Mountain Home, which has been expanding its influence dramatically during the past decade.

One of the Mountain Home entries is the Disc of the Day. That would belong to the utterly endearing Flatt Lonesome. LONESOME RIVER BAND/Showing My Age
Writers: Brandon Rickman/Jerry Salley; Producer: Lonesome River Band; Publisher: We Don’t Rent Pigs/Universal Brentwood Benson/Lasso the Moon, SESAC; Mountain Home
– These guys have been at it for 25 years, now. Their new Bridging the Tradition finds them exploring some deeper lyrics and sounds. One example is this terrific meditation on turning 40 years old. The midtempo groove is as mellow and flawless as the men’s harmony singing. I remain a fan.

ILYA TOSHINSKIY/Red Grass
Writer: Ilya Toshinskiy; Producer: Ilya Toshinskiy; Publisher: Uncle Hadley, ASCAP; Hadley Music
– The seven-time MusicRow Guitarist of the Year winner returns to his first loves of bluegrass and banjo playing on his new Red Grass album. The “Red” in the title refers to his roots in the much-applauded Russian country band Bering Strait. This signature instrumental from his debut solo CD has lightning-flashing playing not only by Toshinskiy, but such wizards as Jerry Douglas, Bryan Sutton and Andy Leftwich. Prepare to be dazzled.

CURTIS WRIGHT/Mama Prayed For Me
Writers: Curtis Wright; Producer: Jimmy Metts; Publisher: none listed, ASCAP; Voxhall
– In the ‘90s, this guy landed a country deal at Liberty Records. He always was a sublimely expressive vocalist, and now he’s applying his talents in the bluegrass field. This outstanding story song from his debut ‘grass collection is beautifully crafted, deeply emotional and tenderly performed. In addition to his own songs, the Curtis Wright CD includes interpretations of works by such talents as Shawn Camp, Merle Haggard, Jerry Salley, Lowell George and John Scott Sherrill. Through it all, this is a performer with a huge country heart.

IRENE KELLEY/Carolina Wind
Writers: Irene Kelley/Thomas Jutz/Milan Miller; Producer: Mark Fain; Publishers: Shiny Stuff/Thomm Songs/Songs From the Sillhouse, BMI/SESAC; Mountain Fever
– Like NewTown’s Kati Penn and the gals in Flatt Lonesome, Irene Kelley is part of the next wave of female bluegrassers. Kelley sings like a hillbilly angel on her new These Hills collection. But what is just as jaw dropping is her songwriting. She co-wrote all 11 selections, and they are all shimmering jewels. The collection kicks off with this breezy, rippling mountain melody that has already found favor at bluegrass radio. But you’re in for a treat wherever you land on this CD. Its cast is stellar — Stuart Duncan, The Whites, Adam Steffey, Dale Ann Bradley, Randy Kohrs, Ronnie Bowman, Claire Lynch and Bryan Sutton are just a few of the bluegrass biggies who drop by to pick and sing with her.

THE GRASCALS/I Know Better
Writers: Billy Droze/Christopher J. Myers; Producer: Grascals; Publishers: Broad Vision/Chris Myers, BMI; Mountain Home
– The irrepressible Grascals are back with an album titled And Then There’s This. Its breakneck-speed lead-off track is already at No. 2 on the Bluegrass Unlimited hit parade. Kristin Scott Benson’s fleet-fingered banjo work sets the pace, and the boys are right behind her. The album’s cover photo was shot at Carter Vintage Guitars, a Nashville site that’s well worth visiting.

FLATT LONESOME/You’re The One
Writers: Dwight Yoakam; Producers: Danny Roberts, Jeff Collins & Andrea Roberts; Publishers: Figs D, BMI; Mountain Home
– This harmony-soaked, ballad-tempo treatment of Dwight Yoakam’s 1991 country hit has been a fixture on bluegrass radio for months. The overtones in the blending voices of Tennessee siblings Charli Robertson, Kelsey Robertson Harrigill and Buddy Robertson are simply thrilling. And heart melting. There’s a another single called “You’ll Pay,” plus stupendous versions of Gram Parsons’ “Still Feeling Blue” and their own gospel rouser “In the Heat of the Fire,” but I have a hard time tearing my ears away from this audio masterpiece. All four songs are on this young band’s third album, Runaway Train. Buy it. 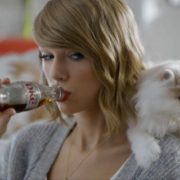 DISClaimer: Ladies Have the Best Sound