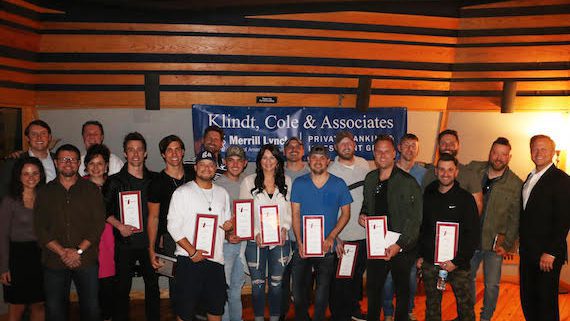 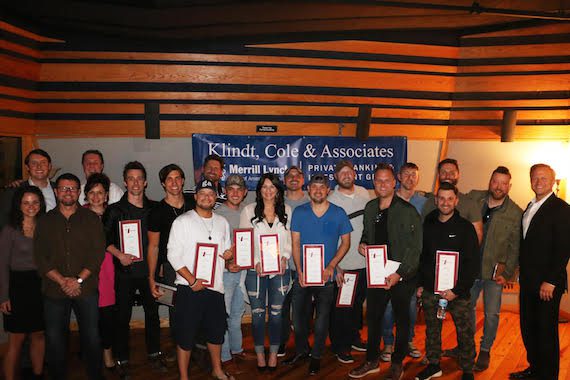 Songwriters with their No. 1 plaques. Photo: courtesy of NSAI

Additionally, former Suntrust Bank Managing Director Andrew Kintz was honored with the Stephen Foster Institutional Award for supporting the efforts of NSAI and the songwriter community. 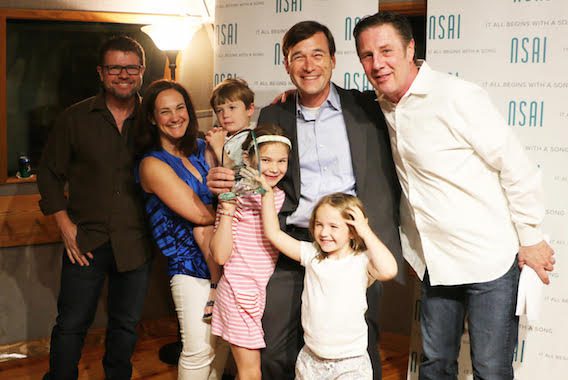 Songs and songwriters recognized include: