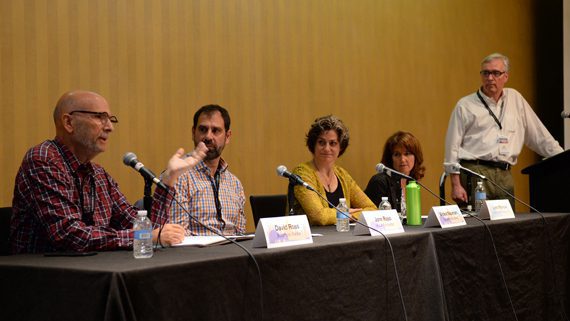 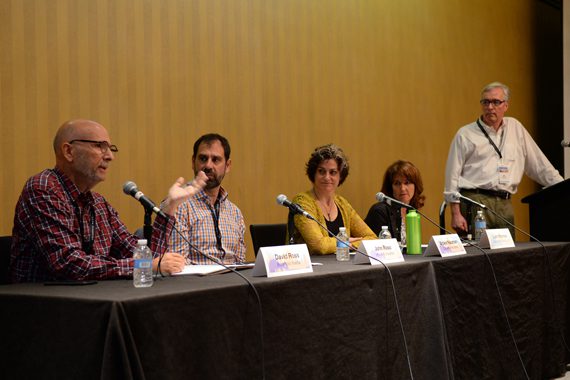 The Music Biz hosted a panel titled Getting Paid: By Stream Or Market Share? on Tuesday afternoon (May 17) during its annual conference.

“Kenny Chesney and The Rolling Stones each earned $40 million in 2015,” said Ross, who noted streaming revenue made up less than one percent of those totals. “There’s no question in my mind that something is very wrong with the whole streaming situation. And those are just artists, how are non-performing songwriters going to make a living from what we have with streaming right now?”

Morrow also empathized with the songwriters.

“It’s very hard for songwriters to make a living in this town,” said Morrow. “The publishing side seems to have the most complexity. I’m fighting for the songwriters in Nashville–who are not the Kenny Chesneys that have various other income streams–who have a single income stream and don’t want to get an extra job at Home Depot. I care that it’s 15 or 20 percent that’s not being accounted for.

“When it comes to streaming, I’m very interested in having the songwriters get paid the money that is due to them. They own a copyright and there’s certain rights under the copyright act. One is the exclusive right to reproduce, and another is the public performance right. They assign those to the music publishers and count on them to get paid accurately for the songs that are streamed, downloaded, etc.”

“It is essential to come up with a new streaming business model to collect a larger pool of money,” Ross said. “How to distribute it is part two.”

As moderator, Griffin was able to explain various acronyms and legislation, offering remarkably insightful commentary and perspective to the complex subject for the audience. The hour-long panel continued with the panelists discussing HFA’s payments, industry audit rights, and the ineffectiveness of take-down notices.

To the latter point, Morrow said, “The other thing to note is it is very hard for these independent songwriters to afford to hire an attorney or litigator to bring particular copyright infringement actions. It is a very expensive course of action.”

She estimated the only likely course of action for independent publishers or songwriters would be to find a representative who would be willing to take the risk and roll the dice to waive an hourly rate to charge a contingency fee.