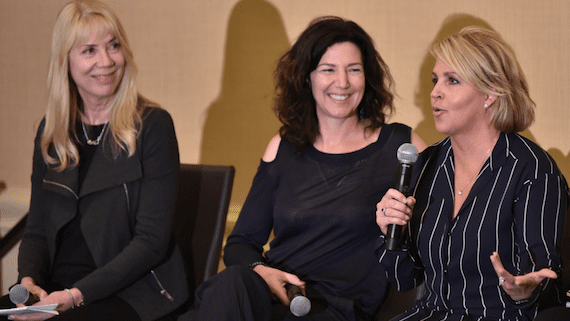 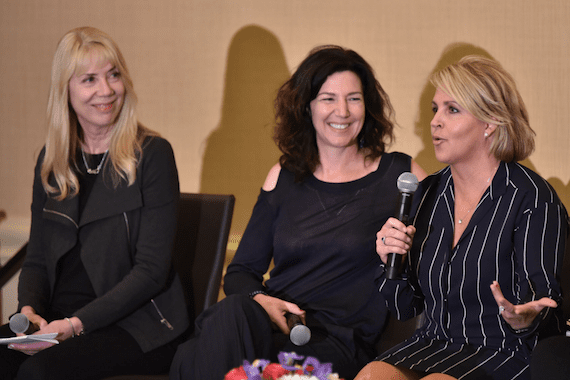 As part of a series of panels titled Music’s Leading Ladies Speak Out, Big Machine Label Group (BMLG) executive Kelly Rich and “Girl Crush” songwriters Hillary Lindsey, Lori McKenna and Liz Rose shared their perspective as women in the music business. Held Monday afternoon (May 16), the discussions were part of the Music Biz conference taking place in Nashville this week.

A central theme spanning both the business and creative panels was: Why are women more frequently asked how they balance career and family? A conversation was sparked in which Rich, raising three children with husband Andrew Kautz (Chief Operating Officer at BMLG), replied:

“As much as my husband contributes to the family, I’m still the mother. I hold that with pride…because that’s what I want to do. I want to be there for my babies when they’re getting awards at school or at their games. I love my job and I’ve done a very good job at balancing both… And I will be understanding 100 percent with anyone that works for me. If something personal is going on in your life, you have to deal with that. Family comes first. But there is also a job to get done.” 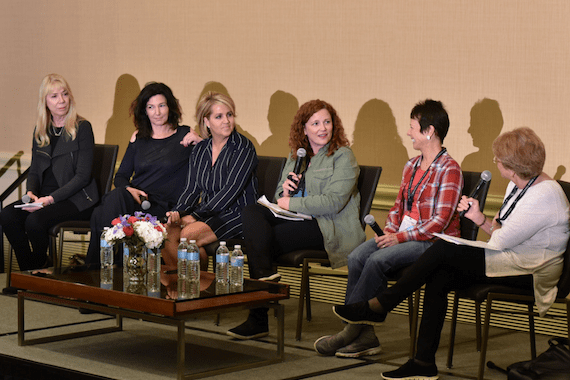 Berry, who admitted to not having children, summed up: “I just know that Kelly Rich answers the phone when she’s at her son’s ballgame on a regular basis when I’m in a store seeing a problem on an early Saturday morning. Despite what you read about it being a more balanced life in today’s world, it depends on what level of success you want. If you’re a high-powered person, it will be tough to balance it all because you’re not going to be working 40-hours a week.

“It’s funny, since I’ve been [at Music Biz] I had three conversations with men about their families. [Universal Music Group] has two employees who have been out on paternity leave recently. The duties in the organization have shifted around to accommodate that. But I do admit the question [of balancing career and family] does come up on a women’s panel… There’s just an expectation that a job has to get done and we’re going to do it, but we just have to find a way to juggle when there’s time-out needed for children, or aging parents. There’s a little more accommodation in today’s world than 20-years ago…

“But I will say an employee who has repeated issues over the course of a year is a challenge. Then, how do I accomplish getting the job done I needed done? If we hire talent, and that talent has some issues they need to overcome in the short term, I want to make sure the person gets back on their feet and contribute.”

The hour-long session also touched on the importance of learning the latest technology, how to best present yourself, mentoring and effectively delegating tasks. 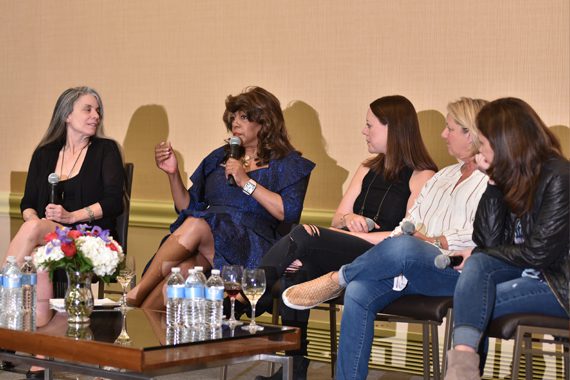 Moving to the creative panel of women who are all mothers, songwriting trio The Love Junkies were joined by The Supremes’ Mary Wilson for a candid, lively discussion with wine on stage. The panel was titled How to Earn Respect as a Female Creator.

“We never really thought about writing,” teased Wilson. “But now I look back and think I could have been really rich. That’s where the money is, right, girls?”

She continued, “We had such great writers at Motown,” specifically noting Holland-Dozier-Holland and Smokey Robinson. “Most of our songs were written by guys—from a male perspective.”

“We don’t get paid different as female songwriters as far as charts or radio money,” interjected Rose. “I never thought I couldn’t do this because I was a female—I just knew I had to support a family. So I just went to work because if I had thought about challenges, I cannot imagine the things I wouldn’t have done. Now, I’m a songwriter, a publisher, a wife, a mother and a friend.”

“We’re in a different generation now,” continued Wilson. “When we started singing in 1959, and traveling in 1961, there were no women who were CEOs. We traveled the world and the only thing women were doing was bringing in the tea, if we were in Europe, or coffee here. Then, women took care of the home, whereas now we have great women CEOs all over the world, which is great. Most of those women do juggle the business and having children.”

“It’s all about balance,” added McKenna. “My sister works for a utility company and has to travel three days a week too. In my life, I feel like I have a little more freedom because I can pick when I’m traveling. It’s never easy to leave your kids but every woman has to do that. And every man who travels has to do it too, but it just doesn’t get brought up as much.”

“I was literally pumping at the Grammys and milk spilled all over my dress,” Lindsey noted. “Guys definitely don’t have to think about that.”

Music Biz continues at the Renaissance Nashville Hotel through Wednesday, May 18.