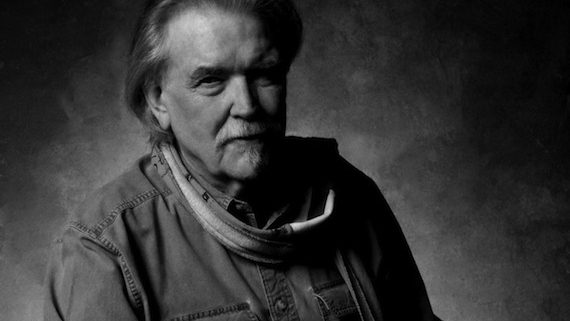 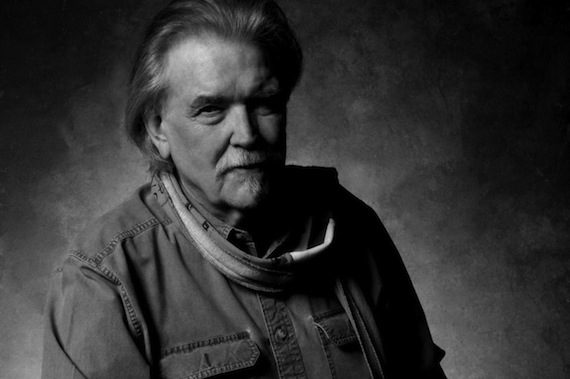 Guy Clark, a Grammy-winning recording artist, songwriter’s songwriter and mentor to a generation of Nashville artists, died on Tuesday (May 17). He was 74.

A 2004 inductee into the Nashville Songwriters Hall of Fame, Guy Clark’s standards include “Desperados Waiting for a Train,” “Heartbroke,” “Texas 1947,” “She’s Crazy for Leavin,’” “L.A. Freeway,” “Oklahoma Borderline” and “Baby I’m Yours.”

In 2005, the Americana Music Association presented him with its Lifetime Achievement Award for Songwriting. A star-studded tribute album titled This One’s for Him won the AMA’s Album of the Year honor in 2011. He earned a 2014 Grammy Award for Best Folk Album with his collection My Favorite Picture of You.

Guy Clark was born in 1941 in the West Texas town of Monahans and raised near the state’s Gulf Coast. He began his performing career on the Houston folk scene of the 1960s, singing traditional material alongside K.T. Oslin, Jerry Jeff Walker and Townes Van Zandt. Throughout his life, he identified himself as a folk singer.

By 1967, he was composing original material. He headed for San Francisco to sing in clubs and work as a guitar restorer. Back in Houston, he worked as the art director for a TV station. Next came a stint in L.A., again working as both a musician and a guitar maker.

His publishing company had an office in Nashville. Encouraged by that, he moved to Music City in 1971. Guy married painter Susanna Talley Wallis in 1972.

The paintings on the jackets of such albums as Willie Nelson’s Stardust, Harris’s Quarter Moon in a Ten Cent Town, Nanci Griffith’s Dust Bowl Symphony and her husband’s Old No. 1 are Susanna’s.

She was also a great host. The Clarks’ Nashville home became a headquarters for other left-of-center tunesmiths. This scene was captured in the documentary film Heartworn Highways. Shot in 1975, it was released to acclaim in 1981.

It included “L.A. Freeway,” which was popularized by Jerry Jeff Walker, Spanky & Our Gang and others. The album’s “Texas 1947” became a hit single for Johnny Cash, and its “Desperados Waiting for a Train” was covered by many, including Rita Coolidge, Tom Rush and the country supergroup The Highwaymen. Cash later covered “Let Him Roll,” yet another classic song from this extraordinary debut disc.

Guy Clark’s tall, rangy good looks and tough/tender onstage manner added to the appeal of his striking songs. Boozy charm, a deadpan sense of humor and plain old charisma made him widely popular on the country/folk touring circuit.

He moved to Warner Bros. Records and issued the LP Guy Clark in 1978. It included the first version of “Fools For Each Other.” That song became a yet another hit for the widely respected tunesmith. Lynn Anderson and Ed Bruce sang a duet version of the song in 1986.

Clark issued The South Coast of Texas in 1981. This was his biggest breakthrough yet. Produced by Crowell, the collection included “New Cut Road,” which became a hit for Bobby Bare. Ricky Skaggs went to the top of the charts with “Heartbroke.” Clark had a minor hit with the LP’s “The Partner Nobody Chose.” Crowell later hit No. 1 with this album’s “She’s Crazy for Leavin.’”

Like his wife, Guy Clark was an accomplished visual artist. He was also a carpenter who could build anything with wood. In his youth, he had built boats in Texas. As an adult, he became a master craftsman of guitars.

This was reflected on his 1982 LP Better Days. John Conlee scored a major hit with its “The Carpenter.” Asleep at the Wheel issued “Blowin’ Like a Bandit” as a single. Clark got radio airplay with “Homegrown Tomatoes.” But his highest regarded song on the collection was his salute to fatherhood, “The Randall Knife.”

In 1986, Vince Gill had a hit with “Oklahoma Borderline,” which he co-wrote with Clark and Crowell. Two years later, Steve Wariner scored with “Baby I’m Yours.” Pirates of the Mississippi had a single with Clark’s “Too Much” in 1992.

Guy Clark was a meticulous song craftsman, choosing his phrases carefully. He seldom settled for the easy couple – instead he’d labor for weeks to paint the precise word portrait of a time, person or place.

This is why his albums appeared with less frequency in his later career. He issued the Grammy-nominated Old Friends in 1988. Boats to Build followed in 1992. Dublin Blues was a highlight in 1995. Then came Keepers in 1997, Cold Dog Soup in 1999 and The Dark in 2002.

Clark was honored with a residency at the Country Music Hall of Fame in 2006. At the time, Brad Paisley was singing Clark’s “Out in the Parking Lot” and Jimmy Buffett was performing “Boats to Build.”

Also by that time, Guy Clark was thought of as a songwriting mentor. The universally respected troubadour was considered to be a master wordsmith among his songwriting peers. The rich detail and expressive imagery of his creations were models for a generation of country/folk/Americana creators.

Guy Clark’s most recent CDs have been on Dualtone Records. They include Workbench Songs (2006), Some Days the Song Writes You (2009) and Songs and Stories (2011).

The tribute album was organized by Tamara Saviano, who had become his publicist. She has also been working on a biography of the song poet for the past few years. It is due this fall.

Guy Clark’s next solo CD appeared two years later. His 2013 album was titled My Favorite Picture of You. It came out following the 2012 death of his wife, Susanna Clark, and won its creator a Grammy Award.

Since then, he had been in increasingly frail health. He went into nursing-home care in the spring of 2016. Guy Clark is survived by his son, guitarist Travis Clark and daughter-in-law Krista McMurtry Clark; grandchildren Dylan and Ellie Clark; sisters Caroline Clark Dugan and Jan Clark; manager and friend Keith Case; caretaker and sweetheart Joy Brogdon; nieces, nephews and many, many dear friends, colleagues and fans.