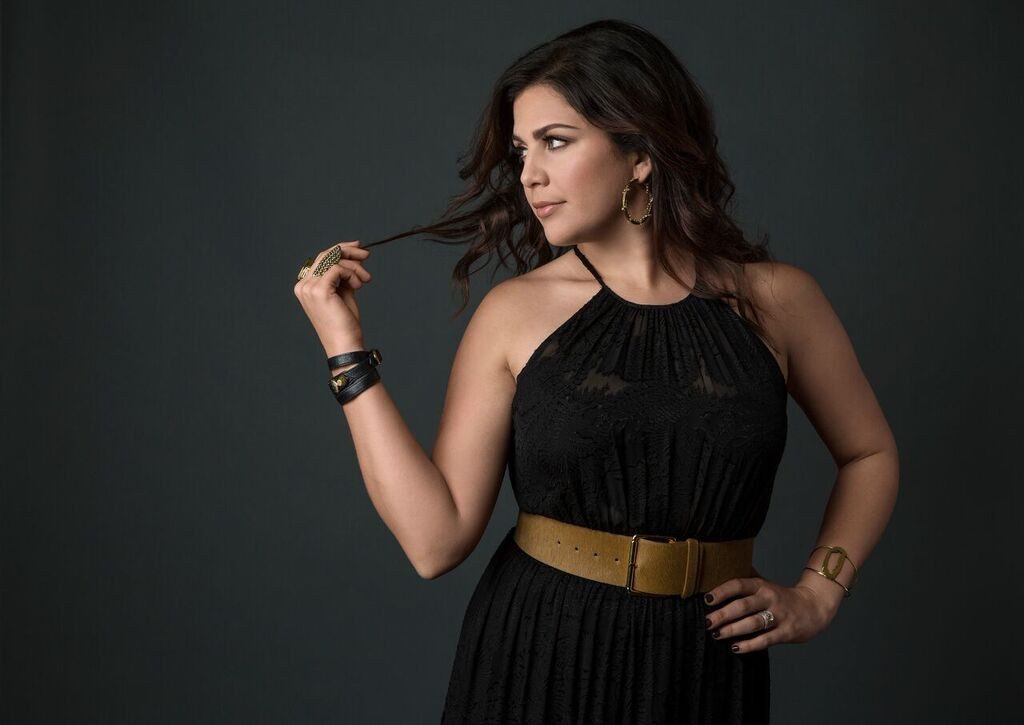 Lady Antebellum’s Hillary Scott is working on a gospel project. She revealed the news to fans via social media on Friday morning (April 22).

The album, titled Love Remains, is a family affair, including co-writes with her mother Linda Davis and father Lang Scott, and contributions from younger sister Rylee Scott. With Lady Antebellum taking a break, Love Remains follows bandmate Charles Kelley‘s solo album, The Driver, which was released to critical acclaim in February. 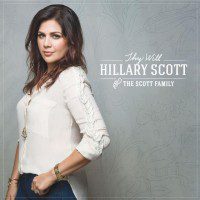 The first single from Love Remains is a song Scott co-wrote titled “Thy Will.” It is being released to country and Christian radio and credited to Hillary Scott & The Scott Family. The track is now available at iTunes and Spotify. No release date for Love Remains has been announced.

Scott says what began as a hymns album crafted to thank supporters who rallied around the family during her grandfather’s battle with cancer, blossomed into a full-fledged album of mostly original material from some of Nashville’s top Contemporary Christian songwriters, as well as three songs that Scott co-wrote.

“I didn’t think I was going to write, and then life happens and you realize, ‘Oh, I do have something to say,” Scott told reporters during a press conference on Thursday. “I was very insecure to write in Contemporary Christian music. I felt very unprepared and thought honestly, in a lot of ways, it would be too hard. Ironically, I co-wrote a song that is faith-based and is one of the most personal songs ever and now it’s the first single.”

Love Remains includes a duet with Linda Davis, and appearances from other artists. “It reminds me of O Brother, Where Art Thou, and I’m giving a little bit of a teaser because there is a song in that movie that makes its way into this song and it’s an old traditional gospel song.”

Ricky Skaggs, who also provided vocals and instrumental parts to the album, produced the project.

“Every time I would dream about this project, all I saw as captain of the ship was him,” Scott says. “He’s not only the producer for this record, he’s the ‘pastor of this record,’ is what I told him. Every morning at the studio he had an encouraging word, or he would open with a prayer.” 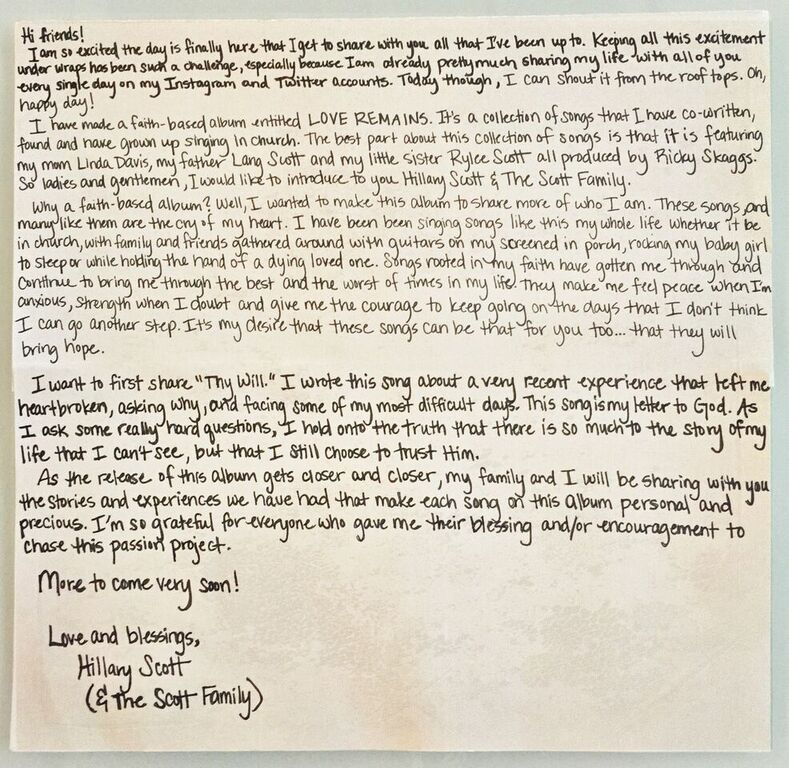 Scott profoundly considered the influence that her work in Lady Antebellum has afforded her. She recalled a conversation with her father about the project, as she told him, “I’ve been blessed with the opportunity to help build a career for almost a decade, and a lot of people pay attention to what we sing and what we say and who we are. This is something that is such a huge part of me, and wanting to share more of who I am with our fans, let’s just do this as big as we possibly can.”

The next people on board to offer their support were her Lady Antebellum bandmates Dave Haywood and Charles Kelley, as well as the group’s manager.

“I told them what was in my heart to do, and come to find out, so was Charles. He was in a place of wanting to explore creatively, and stretch himself, and [so is] Dave in his own way, with producing other artists. We hit that point, which I think is natural.

“I think what confuses a lot of people on the outside looking in, is that there wasn’t a problem. The three of us are closer than we’ve ever been. We are more solid; we are healthy in our friendship. It’s like, ‘Why would you walk away, even for a second, if there is not a problem?’ But we’ve all sensed this stirring in ourselves to kind of separate for a short amount of time, explore our own individual creativity, whatever that may be, how we want to manage that time, then reemerge stronger then we’ve ever been, and I can honestly say that’s exactly what happened.

“This is how I have chosen to look inward, dig down deep, and grow,” says Scott. “And really just wanting to live well and love well, and record music that will bring comfort to my daughter, to my family, our fans, it carries over into every area of my life of how I want to live. You can’t help but think about when it’s big subjects and heart matters, about your legacy, and for my dad and my mom being grandparents now.

“You want to leave a legacy that you are proud of, and how you want to be remembered. It’s weird to say that because I just turned 30, but I do think about that.”