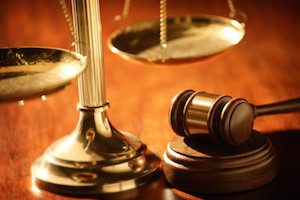 Three U.S. Representatives have introduced bipartisan legislation that aims to streamline the process for allowing Canadian artists to perform in the United States.

The Bringing Entertainment Artists to the States (BEATS) ACT hopes to speed the process of obtaining a P-2 visa, bringing the process more in line with similar streamlining recently set in place by the Canadian government for American artists visiting Canada. This reform will make it easier for Canadian artists to bring their talents to American consumers while not compromising U.S. security or border protection procedures.

The P-2 classification applies to persons entering the U.S. temporarily to perform as an artist or entertainer, individually or as part of a group, who will perform under a reciprocal exchange program between an organization in the United States and an organization in another country.

The BEATS Act has been supported by the American Federation of Musicians (AFM), The Recording Academy, the American Association of Independent Music (A2IM), and their member labels.

“Canadian entertainers and the economic impact they bring are important for communities in Southeast Michigan and throughout our country. This simple, common sense reform will allow these artists to bring their skills to the U.S. and provide entertainment for millions of American music fans. The concerts, tours, and music sales created by these artists mean a lot to Michigan’s economy and I’m hopeful this legislation will continue to garner bipartisan support in Congress,” said Trott, a lifelong resident of Southeast Michigan.

“Small businesses and communities across Western New York need a dependable visa process when booking Canadian artists.  This common-sense legislation is vital to ensuring entertainment venues and all the American jobs they bring are not economically impacted by a slow and unreliable admissions process,” said Collins.

“Vermont and Canada share much more than a border.  Our economies are interwoven and our citizens share a deep appreciation of the arts and culture on both sides of the border. When Canadian artists book performances in Vermont, they provide diverse entertainment for Vermonters as well as a boost to the local economy. Our legislation will streamline the visa approval process for Canadian entertainers so that ticket holders and local businesses won’t be harmed by last minute show cancellations due to excessive red tape,” said Welch.

“We commend Representatives Trott, Collins, and Welch for their bipartisan leadership and recognition of both the economic and cultural benefits this legislation will provide Americans and local businesses,” said Richard Burgess, CEO of the American Association of Independent Music. “It’s an issue of special importance to independent record labels, many of which are small businesses that depend on a predictable and reasonable visa approval timeline. The BEATS Act is a bipartisan, common sense proposal that will create jobs in the American music industry.”