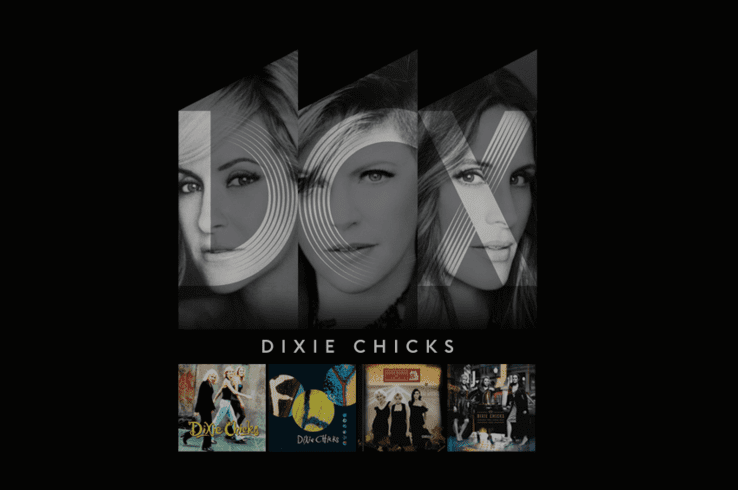 Ahead of their upcoming DCX MMXVI tour that launches in April, the Dixie Chicks will reissue four of their classic studio albums via Columbia/Legacy on high resolution 150-gram 12″ vinyl, set for release April 15.

Opening April 16 in Antwerp, Belgium and finishing Oct. 10 at the Hollywood Bowl in Los Angeles, DCX MMXVI marks the first time in a decade that Dixie Chicks have toured the United States as headliners. (Their last major stateside concert tour was with The Eagles in 2010, while their 2013-2014 Long Time Gone Tour dates were exclusive to Canada and Europe).

Collectively, these four Dixie Chicks albums have sold more than 30 million copies. Of the four titles, only Home has been previously available on vinyl.

Dixie Chicks first came together as a bluegrass quartet in Texas in 1989, later becoming a trio in 1995 when founding members (and sisters) Emily Robison (banjo/dobro) and Martie Maguire (fiddle/mandolin) were joined by Natalie Maines as the group’s new lead vocalist and guitarist. The first and only female group to have achieved Diamond Award status, Dixie Chicks have done it twice, with Wide Open Spaces and Fly.

Their tour is scheduled to stop in Nashville on Aug. 17 at Bridgestone Arena.