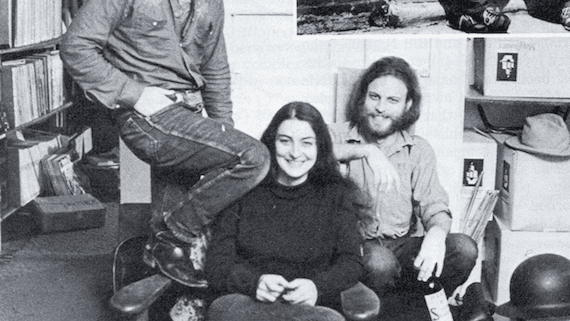 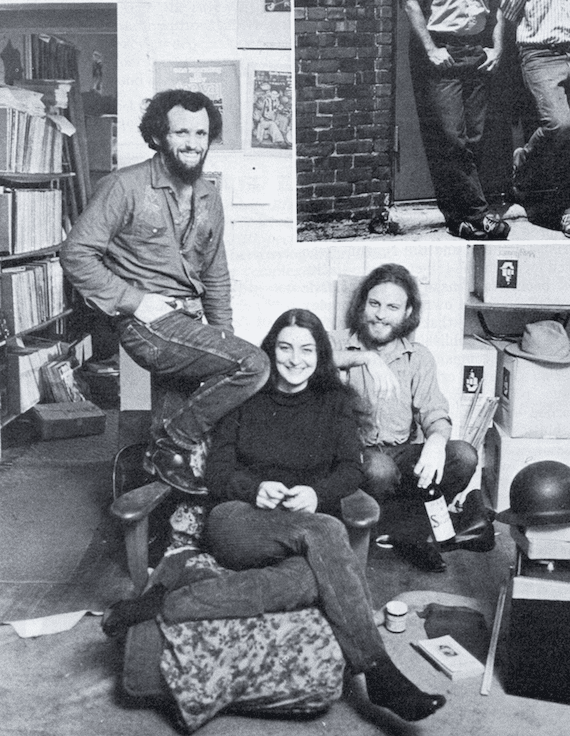 For more than four decades, Rounder Records has championed and preserved the music of artists whose music falls outside of the mainstream. “We were not only roots music before there was roots music, but Americana before there was Americana,” says proud “Rounder Founder” Marian Leighton Levy. Over the years, Rounder’s catalog has encompassed more than 4,000 records, including a range of styles from bluegrass, Americana, roots, country, blues, folk, soul, Cajun, Celtic, and more.

Founders Leighton Levy, Ken Irwin, and Bill Nowlin met while still university students in Cambridge, Massachusetts. “None of us had music or business degrees. None of us were musicians,” recalls Levy. “Ken was a psychology major, and Bill was a political science major.”

Irwin and Levy met in the summer of 1967. Nowlin was Irwin’s college roommate. All three were passionate about music from artists outside the mainstream. “We were all involved in radical politics, and the anti-war movement and a lot of our inspiration for starting Rounder had to do with minority culture and wanting to represent music that we really liked, but that was not in the mainstream,” says Levy.

They founded Rounder Records in 1970, to preserve musical recordings that they were passionate about. In 1974, the three purchased a house and began running the business from its basement, referring to Rounder as “a living and working collective.” 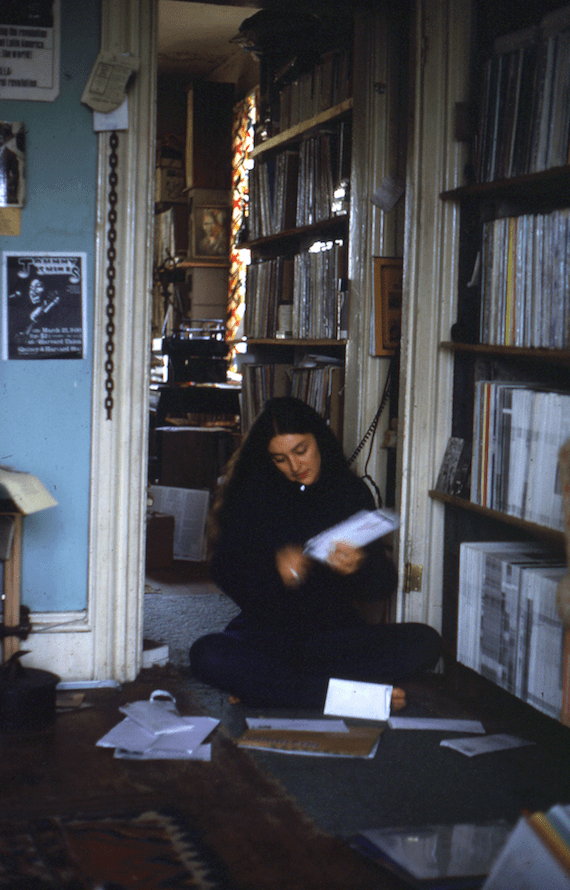 Marian Leighton Levy in the early days of Rounder Records

“We were afraid of owing anyone any money. It was scary,” says Irwin. None of the founders took salaries for the first five years, and spent much of that time working other jobs. Rounder began with $1500 that Irwin had saved.

The label’s premiere releases came in 1970, with a release of songs from 76-year-old banjoist George Pegram, as well as a record from Cambridge’s The Spark Gap Wonder Boys. “We put both out on the same day,” recalls Irwin. “We recorded Spark Gap at the Harvard/MIT radio stations for the cost of the tape.” In its first three years, Rounder released 19 albums.

The early years were spent learning business principles through trial and error. “One of the first things we learned, after we had been in business maybe two or three years, was don’t pay for everything up front, because then we had no credit,” says Levy. “On the other hand, we had no debt, but when we did go the bank and did want a small private line or a loan, we didn’t have any basis for being given one because we had been paying for everything up front. It’s astounding to me now, because it’s such a basic business strategy, but it took us a while to learn that.

“In terms of strategy, we never cared that much about the masses. Not because we were being elitists, but we didn’t think we would appeal to the masses. We just hoped to make enough from each record to put out more records. The only way to do that was a network of independent distributors that has long since ceased to exist. It was primarily in college towns and the large markets.” Revenues from Rounder’s distribution activities were poured back into the company, providing additional funds to make albums. 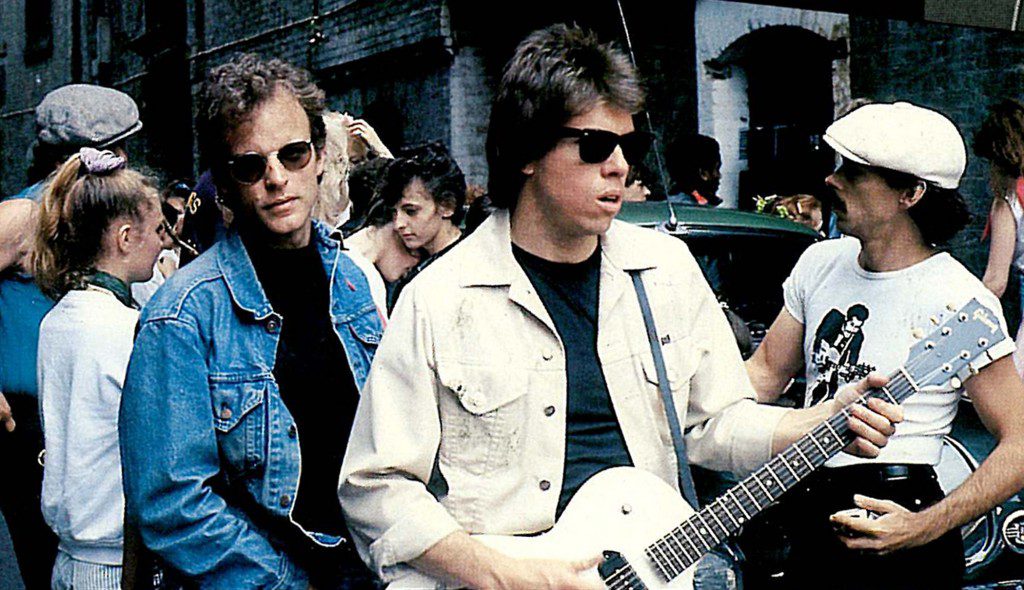 Since the beginning, and until its move to Nashville in 2014, Rounder was based in the Boston area, outside of music industry hotspots such as New York City and Los Angeles. “We grew from the bottom up, which is different than most labels,” says Levy. “There was no huge influx of funds, or someone else coming in and saying, ‘This is the plan, and we are going to do this and use these producers and go through this set of distribution.’”

By the late ‘70s, the label had achieved something rare—a gold record through independent distribution, thanks to George Thorogood’s Move It On Over, 3024, in 1978. They also represented albums from Norman Blake (a regular on Johnny Cash’s popular television show) as well as Vassar Clements, Tut Taylor, and others. The label began an era of intense growth, marked by the challenges of managing increasing album sales and increasing distribution business. At one point, Rounder distributed for 400 labels.

“Many people expected that once a record started to do well, that we would have to go with a major label, or we would go out of business. So it was a tricky thing to manage,” said Levy. Irwin noted that a pressing plant that did business with Rounder saw the situation, and graciously offered the business extended terms on payment for the pressings. Artist loyalty was another factor in Rounder’s success.

In 1981, Thorogood was a support act on The Rolling Stones’ American Tour, including a December show at New Orleans’ SuperDome before more than 87,000 fans. “We were fortunate that George [Thorogood] was very loyal to us at that point,” said Irwin. 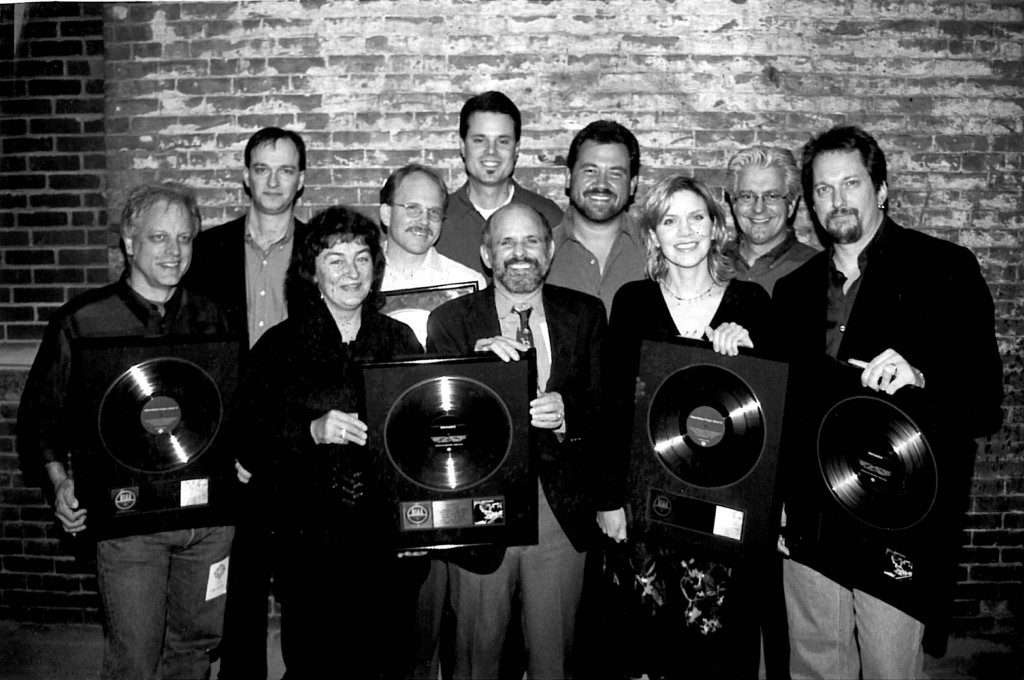 After that success, Rounder formed a joint venture with Thorogood. “He didn’t have a manager at the time. We were like a record-manager and we dealt with EMI. That’s the label he signed with,” said Levy.

A few years later, Rounder would sign another artist that would become one of the label’s biggest success stories Alison Krauss signed to the label in 1985 and released her debut project in 1987, at age 16. Irwin first heard her music while Krauss was part of the band Classified Grass, which would later become known as Union Station. “I heard this demo from a group Alison was in. She was 13 at the time,” says Irwin. “She didn’t sing until the fourth song. She was a fiddler and a harmony singer, basically. I really liked her sound. I called a person I was familiar with, who had heard her music as well. He said, ‘She can be anything she wants to be. She can be [jazz musician] Joe Venuti, but I wouldn’t have her sing too much.’ “

Irwin and his Rounder partners did sign Krauss, encouraged her vocal talents and released her Rounder debut, Too Late to Cry, in 1987. Krauss is now known for her ethereal voice as much as her top-rate musicianship, and has gone on to sell more than 12 million albums and win 27 Grammy Awards, the most for any female artist.

In 2010, Rounder was acquired by Concord Music Group, and has since added Steve Martin & The Steep Canyon Rangers, The SteelDrivers, Mary Chapin Carpenter, The Time Jumpers, Trigger Hippy, Blackberry Smoke, and Gibson Brothers. 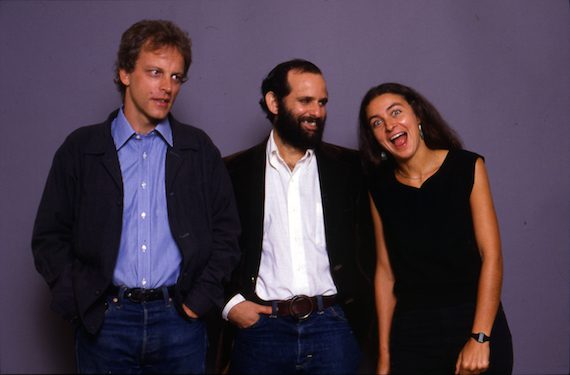 Rounder’s headquarters moved from Burlington, Massachusetts, to Nashville’s Gulch area in 2014, four years after being acquired by Concord Music Group.

“Now that we are at the Rounder Founder stage of our lives, we can step back and look at the larger picture. From the point of view of what is really best for the label, I think it is very good to be in Nashville,” says Levy. “Nashville is a very different town from what it was 45 years ago. So many of our artists, in particular bluegrass artists, live down here. We love the team we have here in the office. We’ve been able to be on the margin of worlds, which is really where we wanted to be. Nashville is a good place to be, and we have a great team.”

The “Rounder Founders” are still heavily involved in the direction of the organization. “We still are involved in weekly marketing meetings, in A&R decisions, and we have a separate weekly Rounder Label meeting every week, too,” says Levy. They also serve as resources for catalog development.

Among many of the projects on the horizon is a special Record Store Day LP version of J.D. Crowe and the New South’s 1975 album J.D. Crowe and The New South (0044) album, which Levy calls “one of the classic bluegrass records of all time.”

The original version of the album’s cover featured Crowe making an unseemly gesture at the photographer. “Back then, you’d have a one-inch slide [to look at], and we are going through the photos and thinking, ‘Oh, this one looks good. They are all smiling.’ And it wasn’t until we blew this one-inch square up to 12×12 that it became apparent why they were all smiling,” says Irwin. “And by that time a few thousand record jackets already existed. So we took [that cover out] and released it with a different cover. This LP version will include two additional cuts, and the original cover.”