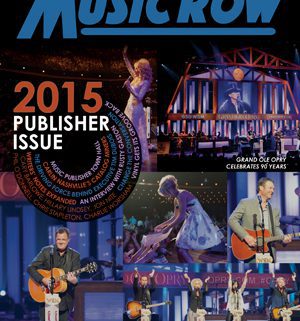 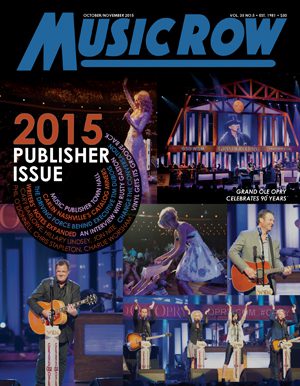 The Grand Ole Opry is featured on the cover of MusicRow‘s 2015 Publisher Issue, available now.

Exclusive editorial for the magazine includes a profile on legendary music executive Tim DuBois. A publisher roundtable gathers peermusic’s Michael Knox, Wrensong’s Ree Guyer Buchanan, Big Machine Music’s Mike Molinar, and UMPG’s Kent Earls to talk about the state of the industry. Carlin Nashville reveals how the company mines its catalog to generate sync revenue. Women in music’s Change the Conversation touches on the movement and its purpose. THiS Music’s Rusty Gaston provides insight into the tips/tricks of songplugging.

Click here to purchase a copy, or receive a free copy with a yearly subscription.