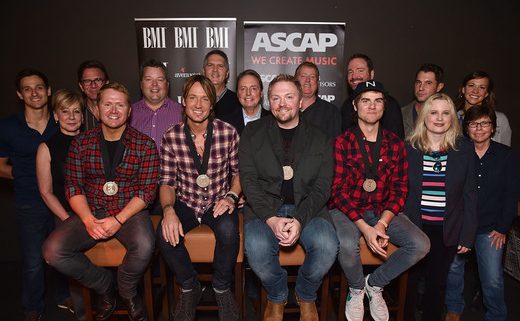 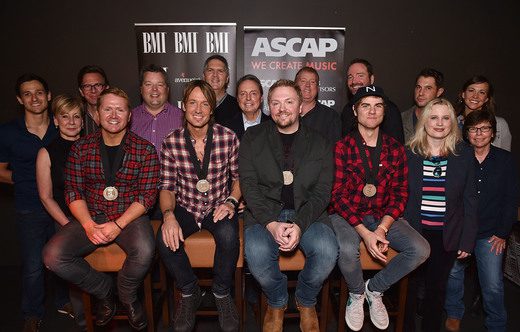 Some of Nashville’s ace song creators showed off multiple talents during a joyous celebration of Keith Urban‘s 19th No. 1 song, “John Cougar John Deere John 3:16,” also the title track for his upcoming album.

Kicking off the early morning bash with an energetic performance, Urban was flanked by Shane McAnally, Josh Osborne, Ross Copperman and Dann Huff in an all-star rendition of “John Cougar John Deere John 3:16.” Urban traded vocal lines with McAnally, Osborne and Copperman, while Huff added several delectable guitar licks. They ended with Urban ad libbing atop a chorus provided by the writers and musicians.

“This has to be the earliest No. 1  party in history,” said BMI’s Jody Williams. Nashville’s music industry clearly didn’t mind, as a throng of supporters poured into elegant event space The Rosewall to celebrate.

Avenue Bank’s Cooper Samuels announced the bank would make a donation to My Life Speaks on behalf of the songwriters.

EMI Blackwood/Sony ATV’s Josh Van Valkenburg was quick to thank producer Huff. “Thank you for putting modulation back into a country song,” he said.

“The reason I’m in Nashville is because of Keith Urban,” Copperman from the stage at The Rosewall. “Somebody handed me his record. I grew up listening to rock ‘n’ roll and [Keith’s album] was one of the first country albums I’ve ever heard and I thought, ‘Wow, that’s the kind of music I want to do.’ This song is my proudest song I’ve ever been a part of, and I’m glad to share it with these guys.”

Osborne also shared how proud he was of the song, and recalled a humorous anecdote about landing an Urban cut. “I was telling Keith how much he loved the Fuse record. Keith goes, ‘Well, the only thing it’s missing is a Josh Osborne song.’ I replied, ‘To be fair, most of your albums have had that problem,'” he said, drawing a round of laughter from the industry crowd.

Urban thanked McAnally for sending him the song. “That was a great email to get. It was hot out of the oven, and I’m one of those artists that goes, ‘How come that artist got that song?’ and I’m wondering how people get the song, and I became one of those guys that got the song. It’s an amazing feeling and that’s apparently how it happens. You just have to answer your email promptly,” he stated. “I think I’ve become good at responding to songs pretty quick, because if I don’t, somebody will.”

“It’s what this town and genre is about, simple gratitude and a feeling of just being blessed to do what we do,” Urban summed. “These No. 1 parties are important because…they are really about everyone who works behind the scenes who never get recognition.” 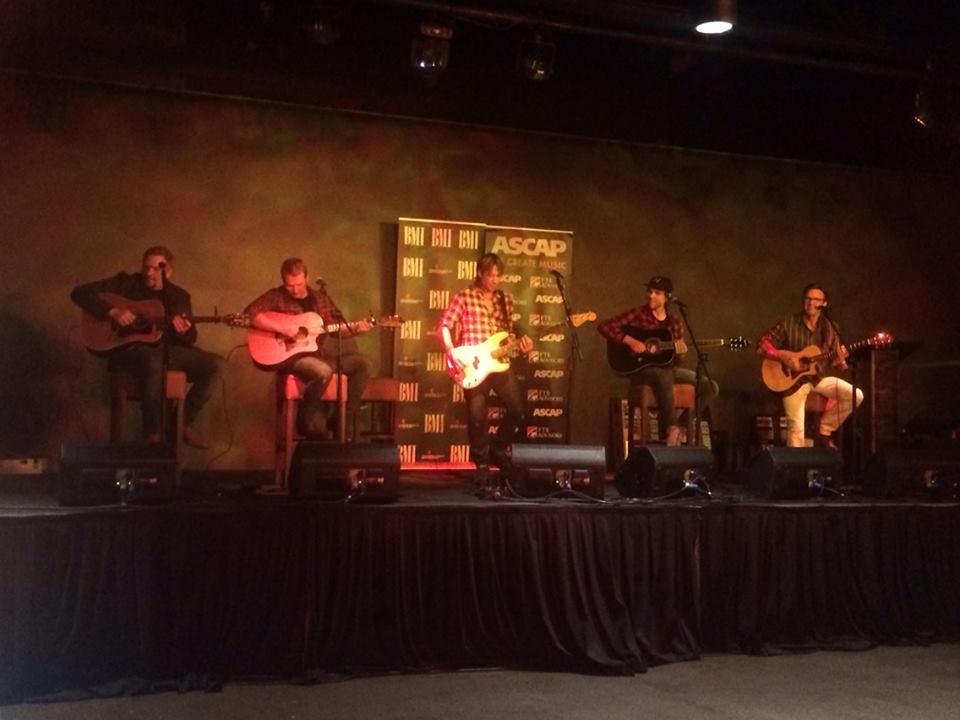