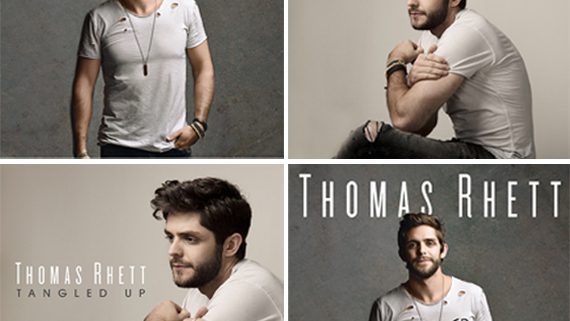 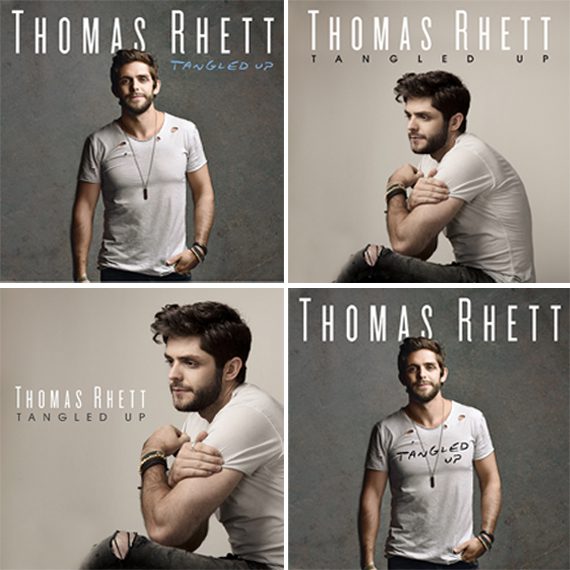 Fans can vote for the album cover for Thomas Rhett.

Thomas Rhett announced Sept. 25 will be the release date for his sophomore album Tangled Up (Valory Music Co.).

The cover art has not been released because Rhett has asked fans to help choose the disc’s cover art at ThomasRhett.com. Four designs (above) will be whittled to the final cover revealed in the coming weeks.

“This album is something we’ve been working on for two years and musically, it really pulls from all the things I have been inspired by during that time,” says Rhett. “The title comes from a lyric in one of the new songs, and I think it’s a cool way to point to all the different influences that I have as an artist and a songwriter—from soul and r&b to old school country to rock and everything in between. They are all in this record!”

Rhett is currently out on Florida Georgia Line’s Anything Goes Tour 2015 before joining up with Brett Eldredge for CMT on Tour: Brett Eldredge & Thomas Rhett—Boots & Suits in the fall.

The Valory Music Co.’s lead single, “Crash And Burn,” is climbing the MusicRow CountryBreakout Chart, landing at No. 12 this week. The TK McKamy-directed music video, filmed in the streets of downtown Nashville with a vintage boombox and classic convertible, tells the story of a love-life on a downward spiral. 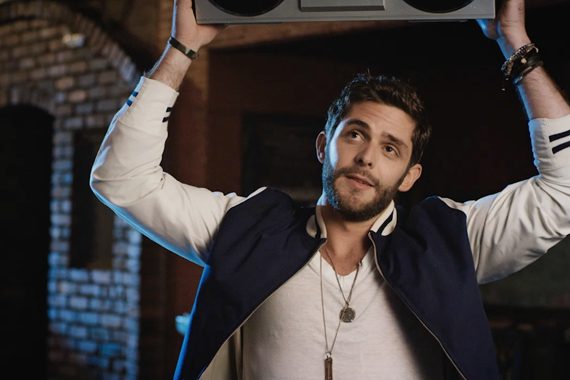 Thomas Rhett in the TK McKamy-directed music video for “Crash and Burn.”