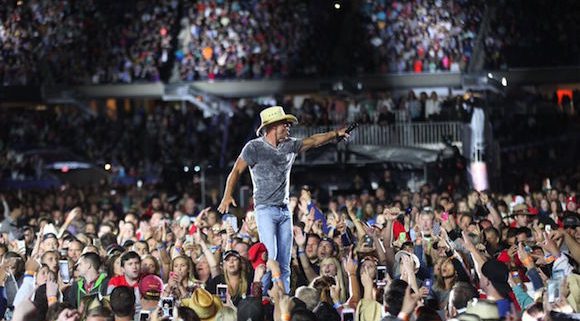 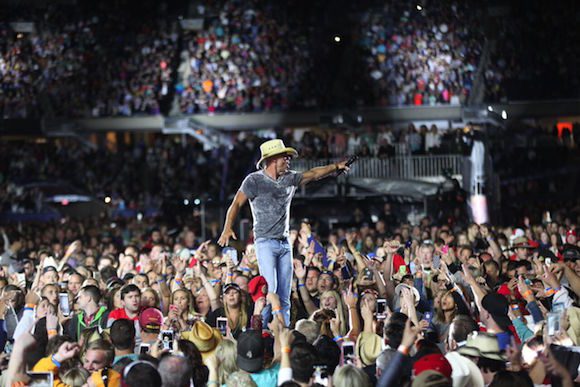 Kenny Chesney brought down the house at Soldier Field in Chicago during his recent Big Revival tour on Saturday night (June 6), and though the temps were a little less than island-ish with many in the crowd donning polar fleeces, the sun-soaked vibe was still in full effect.

“It was amazing to me, cold as it was, how loud and how hard Chicago brought it,” Chesney marveled after the show. “To play somewhere as historic as Soldier Field is truly an honor—and I think about it every time we’re there—but to have that audience who are so wild and willing to share the music, that makes it one of those shows every single tour. And I tried to dress for the weather… I wore sleeves,” he joked.

Miranda Lambert, who appeared for just one date, lent a hand to Chesney during the show on his smash “You And Tequila,” and the two had so much fun together singing that they added an impromptu version of the George Strait classic “Carried Away” to the bill.

“Miranda is a fine artist and a world class singer,” Chesney said. “To be able to sing with her on ‘You and Tequila’ was amazing, because of the grit she brings with the sweet. After that, we couldn’t do just one. And man, there’s a woman who loves George Strait as much as I do, so she understands the core of what ‘Carried Away’ is all about.”

Chesney has been testifying before unprecedented crowds at huge stadiums on the Big Revival Tour, even breaking his own record at Pittsburgh’s Heinz Field with over 55,000 in attendance.

See his interview with the Chicago Tribune.