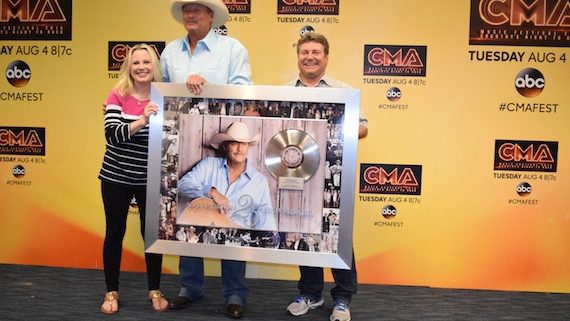 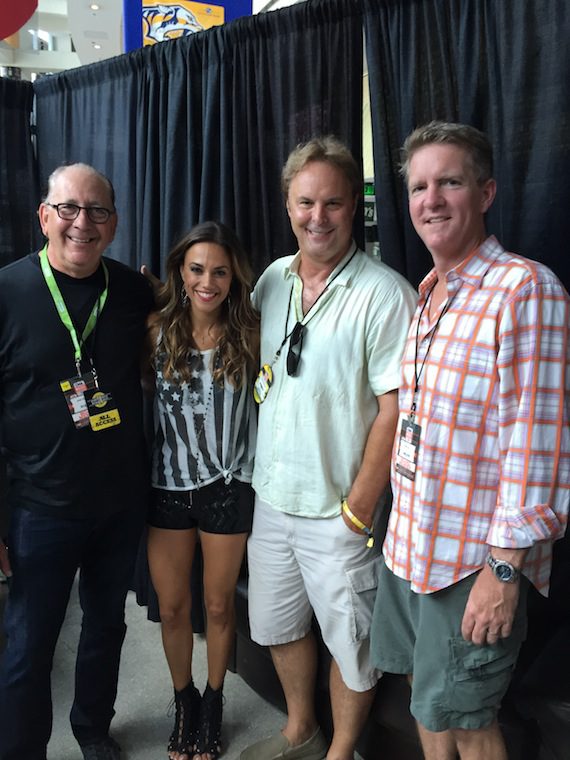 Do you think it might have something to do with my all-weenie lunch diet? That’s right, for the third straight day, I chowed down on hot dogs. That’s more than I normally eat in a year.

On Thursday (June 11), the reason was the 17th annual Hot Dog Day, presented on Music Row by SunTrust Bank and the Country Music Hall of Fame. A large tent full of tables and chairs was erected on the bank’s parking lot. There were air-circulating fans, but there was no getting away from the scorching temperature. 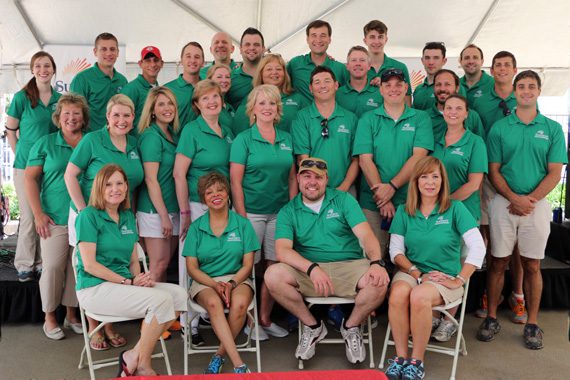 I felt sorry for weenie chef Earle Simmons, who was turning pink behind the blazing frankfurter cooker. That is, until I got a load of poor Andrew Kintz sweltering in a full-length, polyester hot-dog costume. He was on stage, greeting everyone and introducing the music being made by such Warner-Chappell writers as Lance Miller and Derek George.

Tatum Hauck Allsep was manning her informative Music Health Alliance booth at the rear of the tent. Randi Perkins now has a perfect attendance record for showing up at key events on all four days of the week thus far.

After that simmering, sizzling event, air conditioning sounded pretty good. So I headed for the Music City Center for the first day of Fan Fair X. This is the portion of the CMA fest about promotional booths and indoor stages. As I entered, Katie Ohh was dong her original songs on the AT&T U-Verse Stage. The Swon Brothers were meeting and greeting in the Belk Lounge. Jeannie Seely was emoting on the Durango Music Spot Stage. 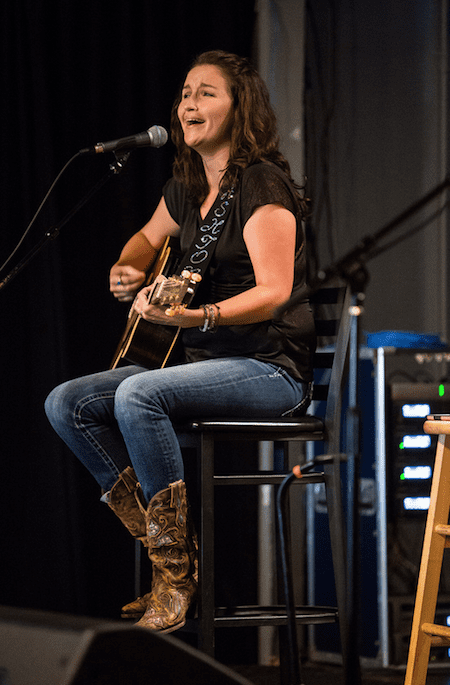 Are you seeing the trend of brand placement here? In days of yore, the booths were mainly put together by stars’ fan clubs. Now just about every place in the exhibit hall is occupied by someone trying to sell you something.

The hall also suggests that there are now several different CMA Music Festivals going on. Inside the Music City Center are the older, fatter and more infirm fans. Down at Riverfront and on the streets of Lower Broadway are hard-partying young people. In the evening at LP Field, the ticket holders appear to be fresh and unsullied by the afternoon heat. I suspect that their agenda features more conventional tourist activities during the day with the night concerts serving as their only attachment to the fest.

Over on the Close-Up Stage, Aaron Tippin was telling stories behind such hits as “Kiss This” and singing them splendidly. Wife Thea Tippin and son Teddy sang backup and interjected their own witticisms. “Kiss This” co-writer Philip Douglas was in the audience, by the way. 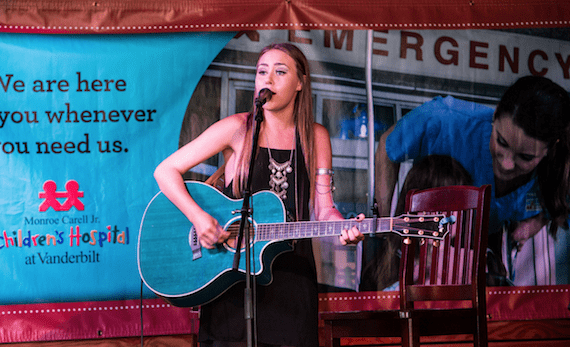 Lee Roy Parnell took over from Seely on the Durango stage. Carissa Leigh warbled with an acoustic trio at the AT&T U-Verse spot. I headed back out into the heat.

After a saunter through the Country Music Hall of Fame’s shops, I hit the Belk Stage in the Walkway of Stars park. By this point, I felt the weather was amost unbearable.

The medics confirmed this. They had their busiest opening day in fest history, treating more than 100 people for heat-related issues and sending nine to the hospital.

On stage was Lucas Hoge, who has just returned from entertaining our troops in the Middle East. “You think it’s hot here?” he asked the crowd. “Over there, it’s 110 in the shade.” Forget I ever complained.

And just think of how hot it is for all of those hippies at Bonnaroo, which kicked off its music at 5:30 on Thursday. More than 80,000 are expected at the site near Manchester, Tenn. 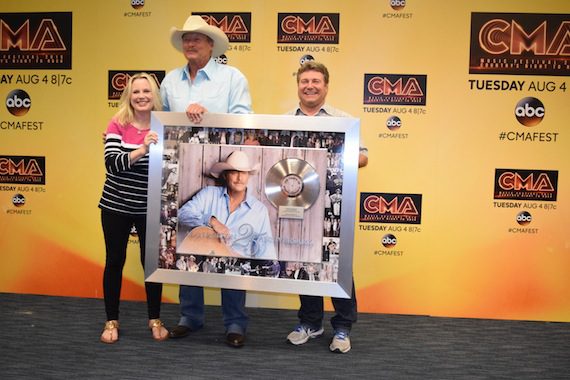 Next we hit the Don Henley listening party (more on that here and the full review here), and it would have been lovely to stay and bask in that atmosphere, but duty called.

We arrived back at the CMA fest just in time to catch Alan Jackson’s opening set at LP Field. After performing a spirited “Good Time,” he thanked the fans for his 25 years in the biz. This was the perfect segue into the poignant “Here in the Real World,” the song that kicked off his amazing hit string in 1990.

He also sang a bit of “Pop A Top,” the 1967 Jim Ed Brown hit that Jackson revived in 1999. Grand Ole Opry great Brown, who is among this year’s Country Music Hall of Fame inductees, died of cancer on Thursday. “We’re going to miss you, Jim Ed Brown,” said Jackson. “God bless you.” 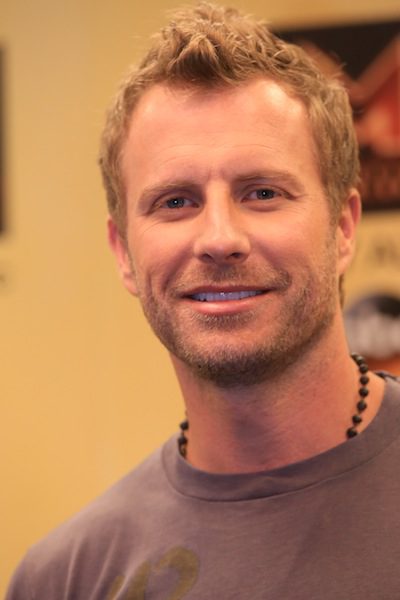 If the fans didn’t know who Sam Hunt was when he took the stage, they did when he left it, still vibrating from his turn in the spotlight. Rascal Flatts sang hit after hit – “Riot,” “Bless the Broken Road,” “Banjo” and the like – to the crowd’s delight. Dierks Bentley, Florida Geogia Line and Jason Aldean rocked the stadium into the night.

British music manager Peter Conway was experiencing his first visit to Nashville. “You picked the perfect week,” I said. 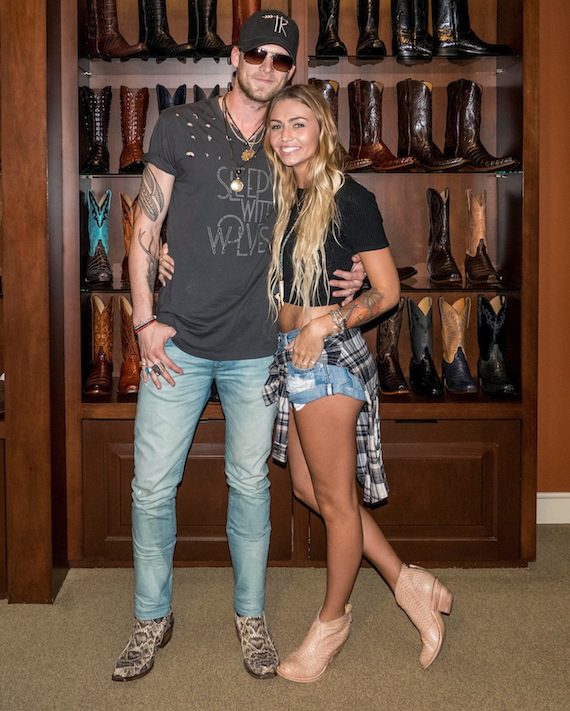 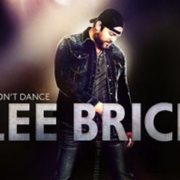