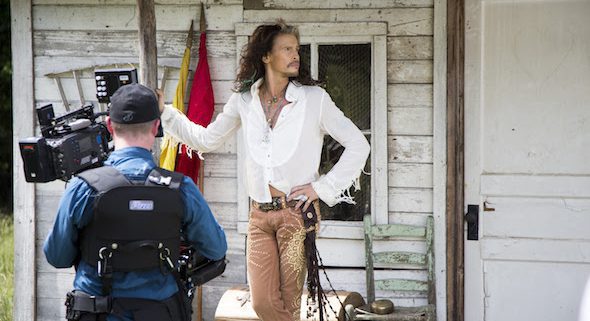 Steven Tyler is releasing a video for his debut country single, “Love Is Your Name” on July 3. Tyler will give fans a sneak peek of the new clip on ABC’s Good Morning America. The video was directed by Trey Fanjoy and shot just outside of Nashville. 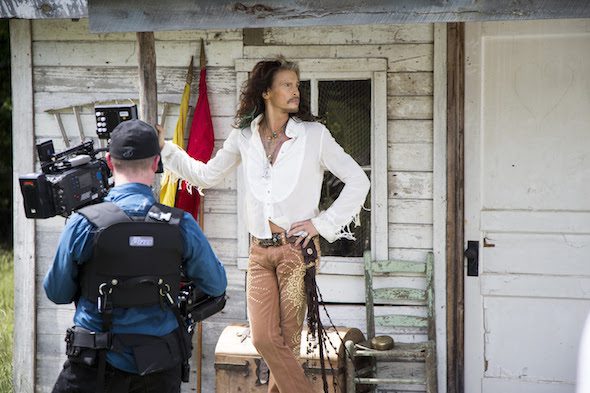 Steven Tyler on the set of his new music video. Photo: Seth Hellman

Kenny Chesney Stops By No Shoes Reefs During Florida Date

Kenny Chesney visited the first two No Shoes Reefs in Jacksonville’s St. John River while in the area for his June 14 Florida Country Superfest show. The man-made reefs, named the Coastal Conservation Association and George Holt Reefs, were designed to promote the aquatic habitat and improve area fishing and were built through the support of Chesney’s ongoing partnership with Costa Del Mar Sunglasses and The Coastal Conservation Association/Building Conservation Trust. 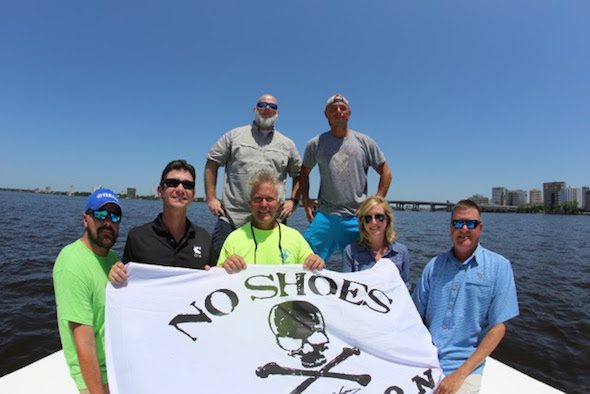 Dan + Shay performed with Keith Urban on the song “Tonight I Wanna Cry” at the recent sold-out Soaring Eagle Casino show. The duo also sang with Urban during an encore at Summerfest in Milwaukee, Wisc. on Friday (June 24). The duo went on to open for Shania Twain on Saturday at Ottawa’s Wesley Clover Park with 20,000 fans in attendance. 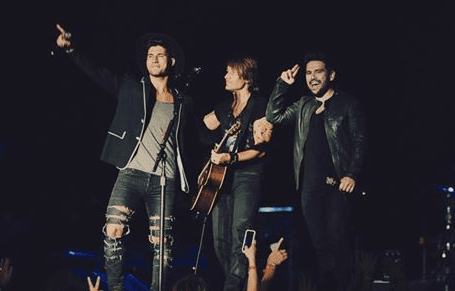