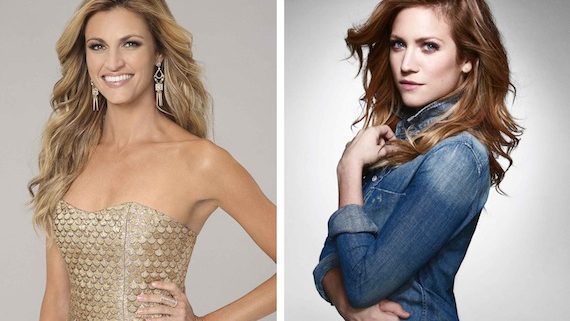 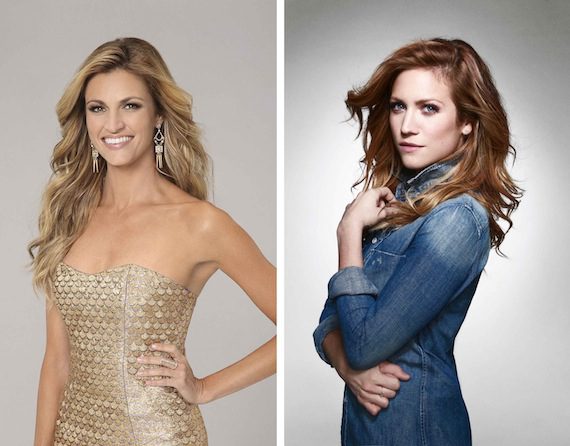 The CMT Awards should be right on pitch and in step this year since the star of the Pitch Perfect movies, Brittany Snow, has been tapped to co-host the show along with Dancing With The Stars co-host Erin Andrews. The awards show airs live on CMT from Nashville’s Bridgestone Arena June 10 at 8 p.m. ET.

“As a longtime fan of CMT and the CMT Music Awards, I’m thrilled to join Erin in hosting what’s sure to be one of the most memorable musical nights of the year,” said Snow.

Andrews adds her CMT hosting gig to her other duties as co-host of the mirror ball dancing competition and as a broadcaster for FOX NFL Sunday. “Being a huge fan of country music, the CMT Music Awards are one of my favorite events of the season,” said Andrews. “I cannot wait to be around all the talented artists and bands and look forward to being a part of such a great event.”

Superstar/new mom Carrie Underwood is this year’s top nominee with five nominations, including two in the Video of the Year category. Lady Antebellum and Kenny Chesney each racked up four nods, while Florida Georgia Line and Jason Aldean earned a respective three nominations each. Keith Urban and Luke Bryan were also recognized with two nominations apiece. Fans can vote via CMT.com through June 7 to determine the winners. The six Video of the Year finalists will be announced at the beginning of the live telecast and fans then vote at CMT.com throughout the show to determine the night’s big winner.