CMT revealed a new slate of programming in the midst of a company-wide restructuring. CMT, which is now part of Viacom’s new kids and family division, is focusing on more original programming. Among the new offerings are two comedies featuring Billy Ray Cyrus and Kellie Pickler. Billy Ray Cyrus will star in Still The King, a comedy that features the singer-songwriter as Vernon Brown, a washed up country singer who becomes an Elvis impersonator. After crashing into an old country church, he is sentenced to return and perform community service. He pretends to be the congregation’s new minister and discovers he has a 15-year-old daughter he’s never met.

These were just two of the new series announced today (April 2) in New York City during the annual 2015 CMT Upfront, held at The Times Center. The event featured a performance from Darius Rucker. Billy Ray Cyrus, Kellie Pickler and husband Kyle Jacobs were also in attendance.

Also coming are The Ed Bassmaster Show, starring Ed Bassmaster, as well as the docu-series Gainesville, from the producers of Brick City. Gainesville, produced by Wheels Off Entertainment, is set to premiere May 14 and follows a group of friends in small town Florida as they transition into adulthood.

This spring CMT will premiere new seasons of Party Down South, Party Down South 2, and Steve Austin’s Broken Skull Challenge, as well as the music events CMT Music Awards, CMT Artists of the Year, and CMT Championship Kickoff Party. 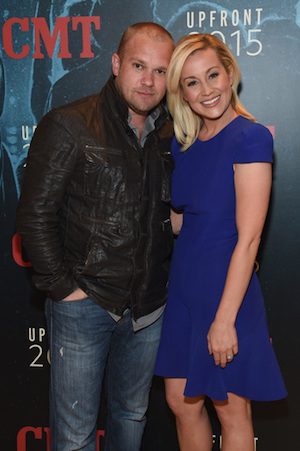