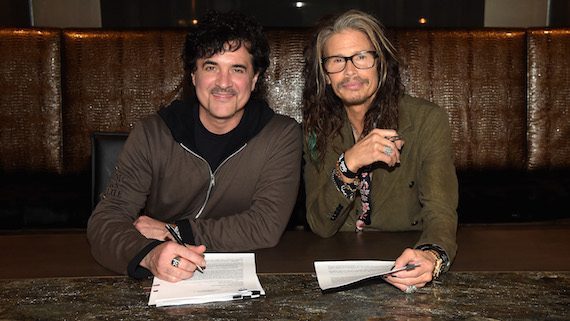 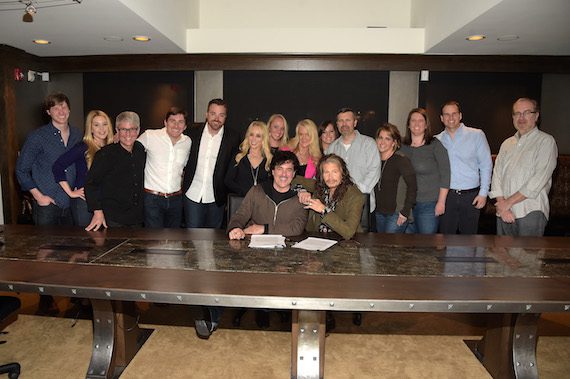 As previously reported, Aerosmith frontman Steven Tyler has been collaborating with Big Machine Label Group on an upcoming project. Today, the label group officially announced Tyler as one of its newest artists. Tyler has inked a deal with BMLG’s Dot Records, and is working on his forthcoming country album.

“There was an immediate connection with Scott and Big Machine, and Nashville seems like the perfect segue for a solo project…and Dot Records is the right fit. My earliest influences put me somewhere between the Everly Brothers and the Carter Family and this project is all about me paying homage to my Country roots. I’ve been working with some fucking epic Nashville songwriters, getting my feet wet with their style and groove,” Tyler said.

“I have never met a more passionate human being than Steven. When he goes in, he goes all in, which is the culture of Dot Records and the Big Machine Label Group,” said BMLG President and CEO Scott Borchetta. “I truly cannot wait for the world to hear the phenomenal music that he is creating and I really feel that this chapter of his career will be among his best. He bleeds love and he bleeds music. Pinch me—it’s Steven Fkg Tyler!”

Tyler and Aerosmith have sold more than 150 million records worldwide, garnering nine No. 1 songs, as well as 25 Gold, 18 Platinum, and 12 Multi-Platinum album certifications. Tyler and Joe Perry were inducted into the Songwriter’s Hall of Fame in 2013. 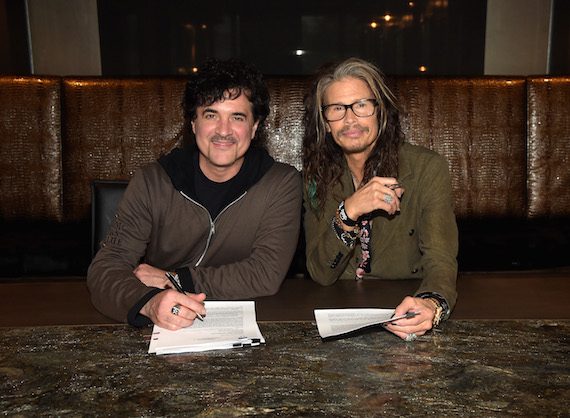