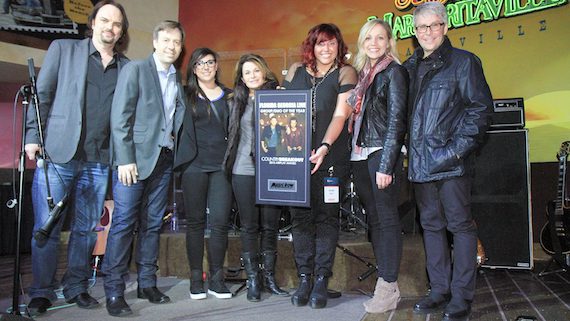 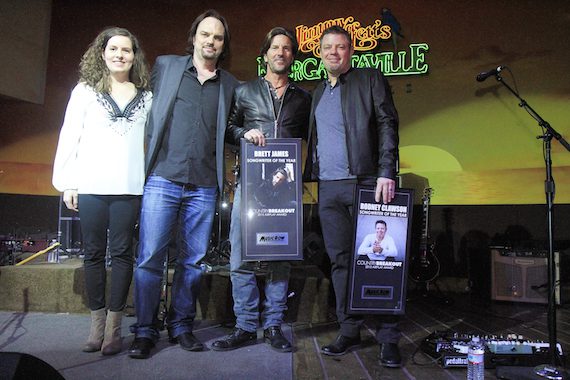 I love a good wiseacre.

“I’ve been trying to pay off radio with beer and Jack Daniels for four years, and it finally paid off,” said snarky Chris Weaver. He has a charmingly mischievous grin that makes him look like he’s up to something, even if he isn’t.

He was accepting MusicRow’s Independent Artist of the Year award for The Chris Weaver Band at the periodical’s 13th annual bash on Wednesday (Feb. 25). I’ve always enjoyed this act’s music, and now I totally enjoy its frontman, too. Thanks, pal, for kicking off my convention experience with a grin.

The MusicRow event was also a celebration for Rodney Clawson and Brett James, who tied for Songwriter of the Year honors. This was Clawson’s second consecutive win. “Thanks, everybody, for playing our songs,” said James to the assembled radio folks. “We’re so grateful to be in this business.” 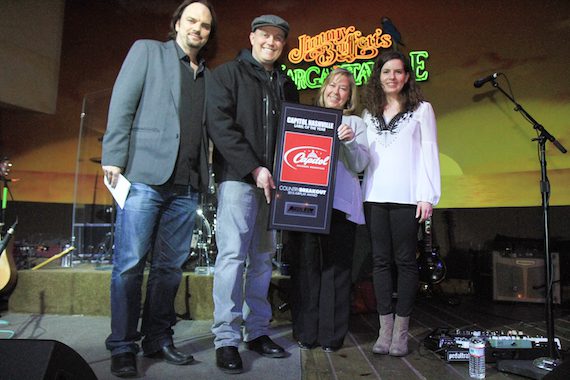 The radio Reporter of the Year honor went to WGLR/Platteville, WI music director Ryan McCall, who offered the afternoon’s most touching acceptance. “To everyone who shared their music, their time and their wisdom with me, I can’t thank you enough,” he began. “I share this award with my family and friends, many of whom are here today….The greatest award I’ve ever been given is to be a part of country music.” 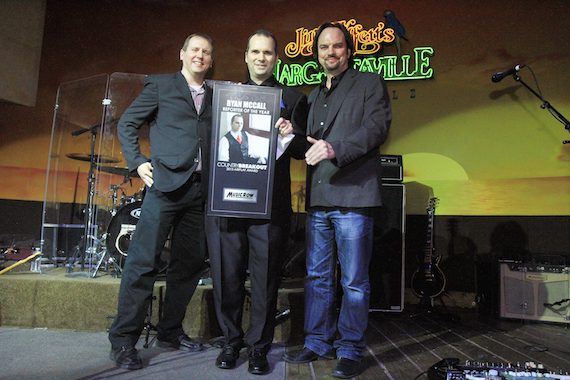 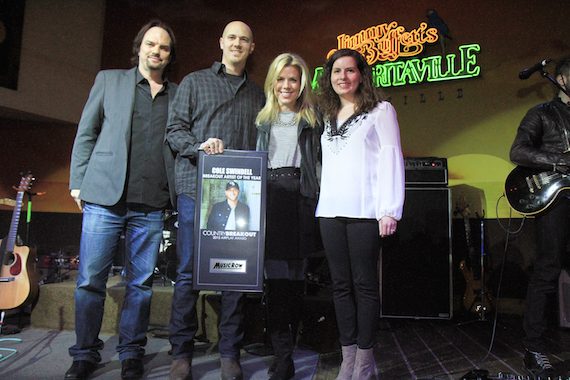 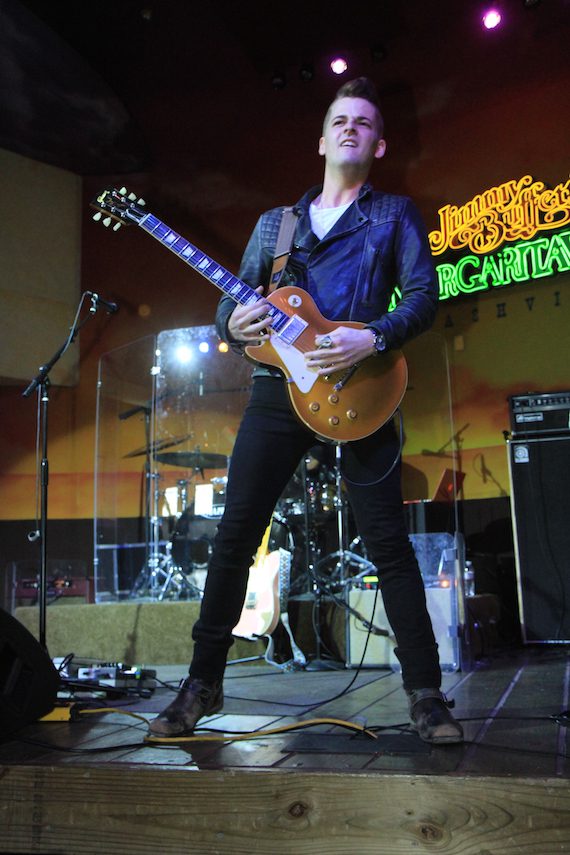 Music is always a big part of this annual awards-and-music occasion. First up to sing was BBR’s Red Bow Records artist Chase Bryant, who tours with Tim McGraw. This Texas native is the grandson of a Roy Orbison/Waylon Jennings piano player and the nephew of the co-founders of Ricochet. 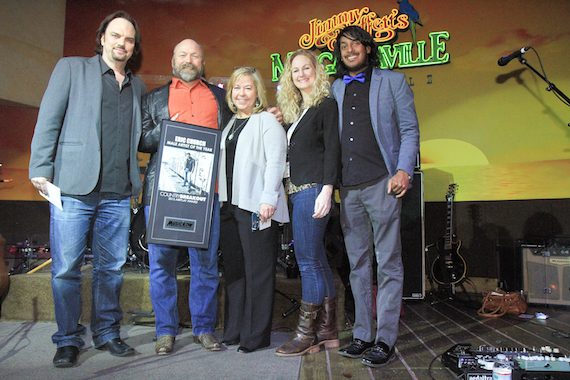 Bryant opened with the take-no-prisoners steamroller “Little Bit of You.” He led his four-piece band as its lead guitar player, which was on full display via a stinging solo on the power stomper “The Way I See It.” He followed that with his catchy first hit, “Take It On Back,” featuring an extended electric-guitar finale at the edge of the stage.

“Thank you to everybody in this room for making a kid from a small town of 800 people have a dream come true,” he said. 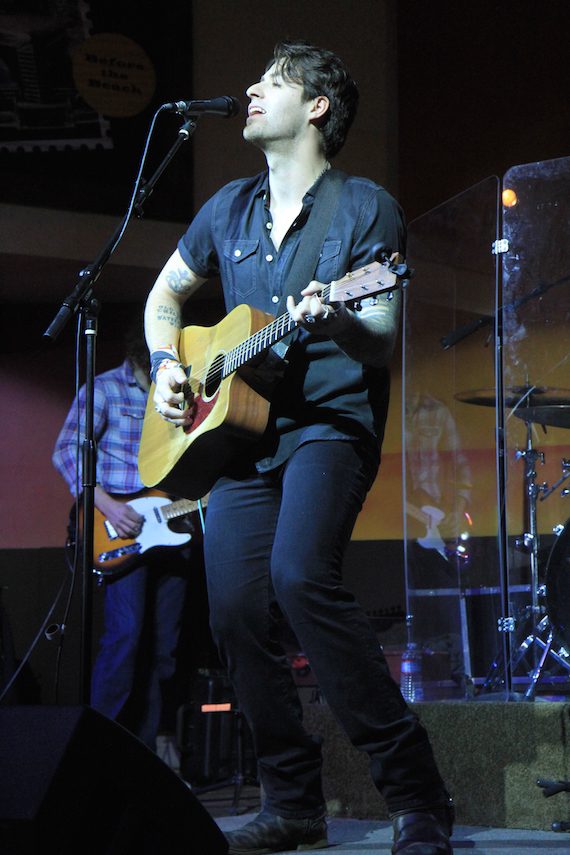 “It’s so nice to see so many nice faces,” said showcasing Austin Webb. The tall, tattooed, Streamsound Records artist led off with the rhythmic and hooky “If You See Her.” He then strapped on his acoustic guitar to augment his four-piece band. This guitar has signed photos of Kris Kristofferson and Guy Clark affixed to its back, which seemed appropriate for the philosophical “Slip On By.” Webb concluded with his new single, the rousing and clever “All Country On You.” Everyone clapped along. 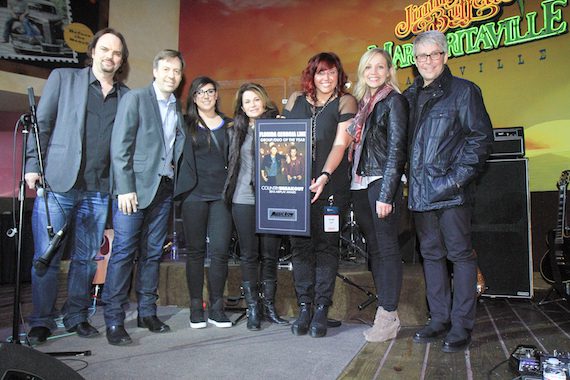 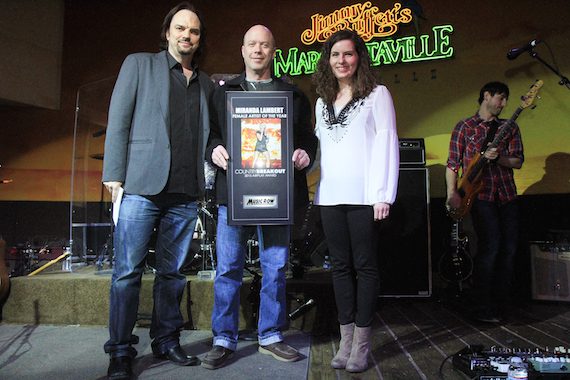 Reminding everyone of how too-too cool it is outside, Robertson concluded the event with, “just remember how hot it was in here.” 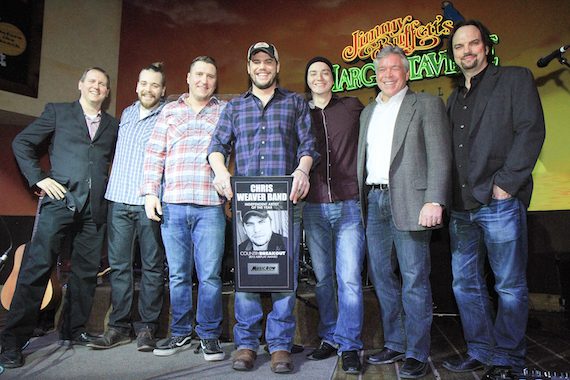 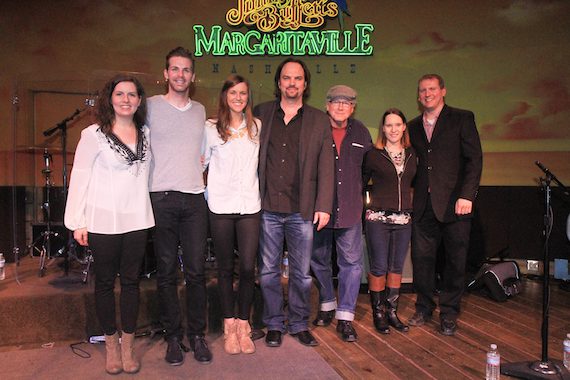 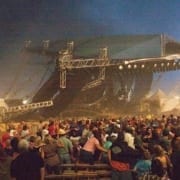