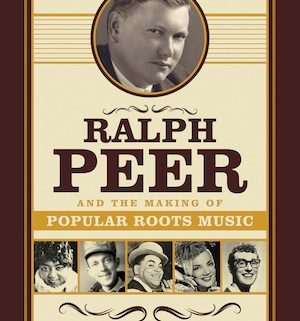 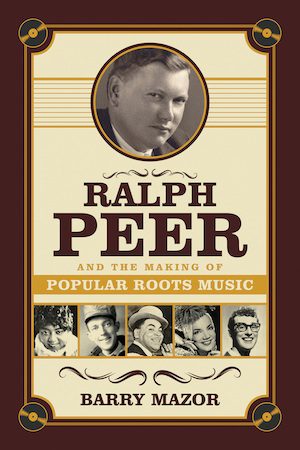 Author Barry Mazor tells the story of the influential Ralph Peer’s life and 50-year career in his new book, Ralph Peer and The Making of Popular Roots Music, available Nov. 3 on Chicago Review Press.
Peer, a Missouri native and kingpin A&R rep and music publisher of the 1920s and 1930s, produced the famous “Bristol Sessions” that launched The Carter Family and Jimmie Rodgers. Peer also managed both acts.
He is credited with what is often referred to as Country music’s first recording, Fiddlin’ John Carson’s “Little Log Cabin In The Lane”/”That Old Hen Cackled and The Rooster’s Goin’ To Crow.” He followed that success by recording music from the Hill Billies, the Stoneman Family, Vernon Dalhart and others.
In 1928, he founded independent music publishing company Southern Music, which was later called peermusic. Some of peermusic’s classic titles include “You Are My Sunshine” (Jimmie Davis), “Georgia On My Mind” (Hoagy Carmichael), among many others.
Peer died in 1960 in California. He was elected into the Country Music Hall of Fame in 1984.