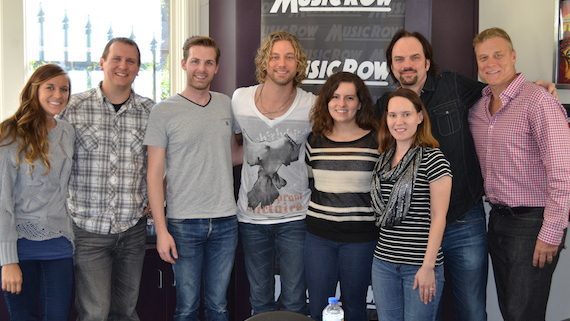 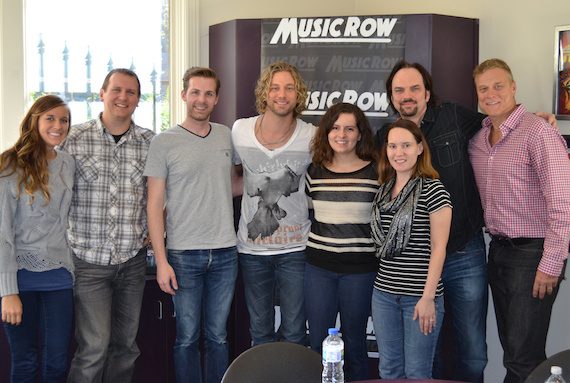 Season Nine American Idol finalist Casey James gained significant chart traction with his debut single, “Crying On A Suitcase,” which climbed into the Top 15 in 2012. He was later chosen by pop queen Taylor Swift as one of her openers for her 2013 Red Tour.
The multi-talented Columbia Nashville artist returns to Country radio with the angst-ridden ballad “Fall Apart,” penned by Will Bowen, along with Josh Carter and Zach Carter (a sibling duo better known as Kingston). The song is the first single from James’ forthcoming sophomore project.
“’Fall Apart’ is the first song I cut, and it set the bar really high for the rest of the album,” James said during a recent visit with the MusicRow staff to preview select album tracks. A talented guitarist, James’ own smooth axe riffs resonate during the instrumental ending to “Fall Apart.”
James has worked on the upcoming album for more than two years, fine tuning the project’s layered sound along with several co-producers, including producer/engineer Julian King (Tyler Farr, Emerson Drive). “We had to pick the right co-producer for the right song. Each producer brings a different feel, a different sound.
“These are more vocal songs than the last record,” says James, who also previewed the King-produced “Light Years.” “I picked who I wanted to produce it, and each musician I wanted to play on it.”
He rounded out the visit with a live acoustic version of the inspirational song “Fuel.” “It’s about having confidence and faith in yourself,” said James, “about taking negativity and challenges and turning them into fuel.”
The forthcoming album is tentatively slated for a 2015 release.