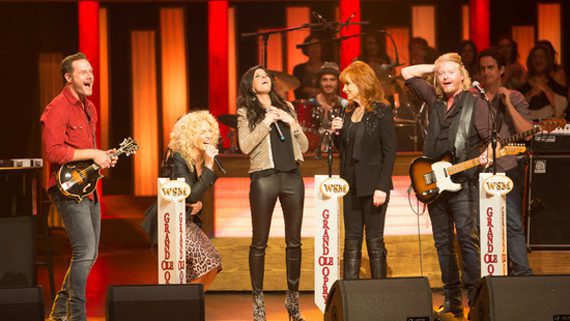 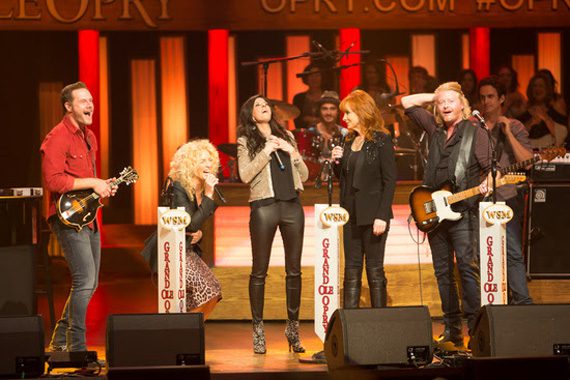 Grammy®-winning vocal group Little Big Town (Karen Fairchild, Phillip Sweet, Kimberly Schlapman, and Jimi Westbrook) was invited to join the Grand Ole Opry yesterday (October 3) by Opry member and friend Reba McEntire. Opry member Vince Gill will formally induct the group into the Opry on Friday, October 17.
As the group finished a three-song set with its smash “Pontoon,” McEntire appeared from the side of the stage, improvising on the song’s last few words. “I know the Grand Ole Opry is very important to y’all, because this is the first place you guys played together as a group in 1999,” McEntire began after the impromptu collaboration.

“I have been asked to ask y’all, Little Big Town, would y’all like to be a member of the Grand Ole Opry?”

After hugs with McEntire and between the members followed by a collective “Yes!” from the group, McEntire said, “Special moments like this—they’re priceless.”
Speaking for the group, Fairchild cheered, “Thank you, Grand Ole Opry! We will try to make you proud!”
Opry Vice President and General Manager Pete Fisher said, “We have been enjoying Grand Ole Opry visits from Little Big Town for almost 15 years now. During that time, the group has developed an amazing artistry and has won over millions of fans, all while maintaining a commitment to and love for the Opry we saw firsthand tonight. We will all be excited to officially welcome Little Big Town to the Opry family October 17.” 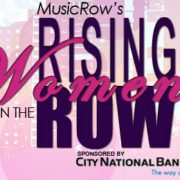 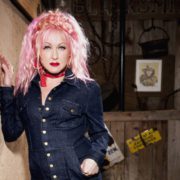 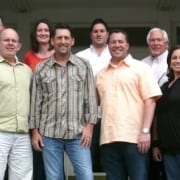 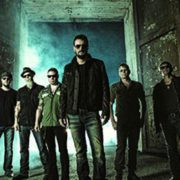