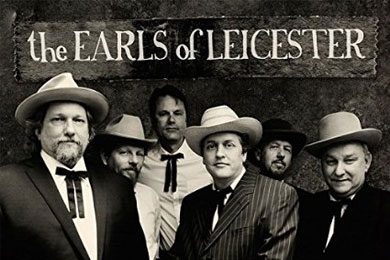 It’s fall, and there’s bluegrass pollen in the air.
The awards celebration by Nashville’s International Bluegrass Music Association (IBMA) was staged in Raleigh, N.C. on Oct. 2, and several of the winners are in the DisClaimer column’s spotlight today.
The Disc of the Day, however, goes to a recording that I predict will be a winner at next year’s IBMA celebration. The Earls of Leicester album was released by Rounder on Sept. 16, and it has been in my CD player chronically ever since. It is everything a great bluegrass record should be.
The DisCovery Award goes to Jim & Lynna Woolsey with a sincere wish for recognition and success in the months to come.
BALSAM RANGE/Moon Over Memphis
Writer: Mark W. Winchester; Producer: Balsam Range; Publisher: WB, ASCAP; Mountain Home
-Balsam Range cleaned up at the IBMA Awards earlier this month, picking up Entertainer and Vocal Group of the Year accolades. Plus, the group’s Buddy Melton won Male Vocalist of the Year. Its current CD, Five, kicks off with this firing-on-all-cylinders, rapidly executed, minor-key, bluesy, murderous lament. His baby done him wrong, so he guns her down. Melton is way-up “high lonesome” vocally, and everyone else is dazzling on the instrumental work. The track is powering its way up the bluegrass chart, and is poised to enter the top-10 next month.
THE EARLS OF LEICESTER/On My Mind
Writers: Tom James/Marljohn Wilkin; Producer: Jerry Douglas; Publishers: Universal Songs of Polygram/Universal Cedarwood, BMI; Rounder (track)
-Assembled by CMA Instrumentalist of the Year nominee Jerry Douglas, the Earls are an all-star tribute band to the music of Flatt & Scruggs. In addition to Douglas, the members are Tim O’Brien, Shawn Camp, Charlie Cushman, Barry Bales and Johnny Warren. The 14-track CD includes this honky-tonk moaner wherein Camp bends vocal notes masterfully while fiddler Warren weaves around him and Douglas “answers” on Dobro, phrase for phrase. Country music in excelsis deo.
FLATT LONESOME/So Far
Writer: Randall Hylton; Producers: Andrea Roberts/Tim Surrett; Publishers: Hytone/Teague Town, BMI; Mountain Home
-Flatt Lonesome won the Emerging Artist of the Year honor at this year’s IBMA Awards. As is the case with more and more new bluegrass bands, female voices are at the forefront. In this case, Charli Robertson and Kelsi Robertson Harrigill lead the way on a sunny, bright celebration of freedom with Buddy Robertson chiming in with a hearty third harmony part. The Bluegrass Unlimited chart has this currently at No. 21 and climbing. Promising and exciting, to say the least. 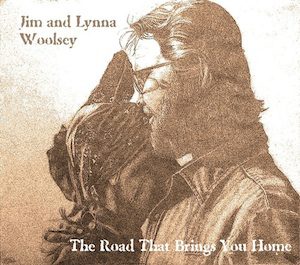 VALERIE SMITH/That’s All
Writers: Michael Rutherford/Phil Collins/Tony Banks; Producer: Mike Scott; Publishers: none listed; Bell Buckle (track)
-Down in tiny Bell Buckle, TN, Valerie Smith has been quietly building an independent bluegrass career for several years. Her new CD, The Human Condition, contains a number of surprises. Not the least of them is this haunting, imaginative, acoustic re-working of the 1984 Genesis rock hit. There’s plenty more head-turning and ear-catching stuff elsewhere, from Gloria Estefan’s “Reach” and George Harrison’s “Here Comes the Sun” to Buck Owens’s “Just as Long as You Love Me” and Martina McBride’s “Where I Used to Have a Heart,” plus Jessi Colter’s “I’m Not Lisa.” Also don’t miss the stunning album graphic design.
DOLLY PARTON/Blue Smoke
Writer: Dolly Parton; Producer: Kent Wells; Publisher: Velvet Apple, BMI; Dolly (track)
-The title tune to Dolly’s current CD is in the top-20 on this month’s bluegrass chart. She’s at her fervent, female-survivor, inspirational best on this gospel-flavored bluegrass romp. If you don’t feel better by the time she finishes this hand clapper, you must be deaf.
PHIL LEADBETTER/I’m A Ramblin’ Rolling Stone
Writers: Paula Breedlove/Brad Davis; Producers:Phil Leadbetter/Steve Thomas; Publishers: PaulaJon/Brad Davis, ASCAP/BMI; Pinecastle (track)
-Leadbetter is the newly crowned IBMA Dobro Player of the Year (he also won in 2005), but the victory must be bittersweet. He recorded his current CD, The Next Move, while he was in remission from lymphoma, and the cancer has since returned. But during that interim, he gathered a “bucket list” of dream collaborators for the collection, including Bela Fleck, Steve Wariner, Joe Diffie, Marty Raybon, Sam Bush, Sierra Hull, Ken Mellons, Dale Ann Bradley, Con Hunley, Jerry Douglas, Shawn Camp and Rob Ickes. On this lead-off track of the CD, his fleet-fingered, lickety-split Dobro notes are matched by a fiery lead vocal by John Cowan. The sound of a true champ.
BRYAN SUTTON/That’s Where I Belong
Writers: none listed; Producer: Bryan Sutton; Publishers: none listed; Sugar Hill (track)
-The IBMA Guitarist of the Year is again Nashville’s Bryan Sutton. This is his eighth win in this category. He’s on the current bluegrass chart with this lilting, breezy outing from his new Into My Own album. As always, his awesome acoustic tone and technique are flawless. Look for him on the road this fall with the reunited and wildly entertaining Hot Rize.
KATHY KALLICK BAND/Time
Writer: Kathy Kallick; Producers: Kathy Kallick/Tom Size; Publisher: Red Shirt, BMI; Live Oak (track)
-Banjo player and journalist Murphy Hicks Henry has a delightful new book titled Pretty Good for a Girl: Women in Bluegrass. In it, you’ll find a lengthy appreciation of the talents of veteran singer-songwriter Kathy Kallick, from her days in the all-female Good Ol’ Persons band to her great duet works with Laurie Lewis. Not to mention her pioneering work as a female bandleader. At age 62, the feminist bluegrasser returned last year with a CD titled Time. Its title tune finds her singing and writing with as much heart and spirit as ever. Of particular note is the deft fiddling and vocal harmony support of band member Annie Staninec.
LARRY SPARKS/Bitterweeds
Writers: Barbara Wilkison/Sonya Wood; Producers: Larry Sparks/Steve Chandler; Publishers: Draw Four/Target Top Ten, BMI; Rebel (track)
-Making a debut on this month’s bluegrass chart is this 50-year veteran. Drawn from his new Lonesome and Then Some CD, this enigmatic story song of a dead spinster reflects this 67-year-old legend’s famous ability to spot terrific country craftsmanship. Guests on the durable stylist’s collection include Judy Marshall, Alison Krauss, Ralph Stanley, Bobby Osborne, Curly Seckler and Jesse McReynolds. As a bonus, there’s a previously unissued 1995 track with Bill Monroe.
JIM & LYNNA WOOLSEY/Road That Brings You Home
Writers: James Woolsey/Lynna Woolsey/Gary Clendenon; Producer: Randy Kohrs; Publishers: Notes From Home/Toasted Squirrel, BMI; Broken Record
-Jim Woolsey sings in a heart-tugging, countryboy tenor, and his songs are full of honesty and homespun truth. He and his wife wisely came to Nashville and tucked themselves under the generous wing of Dobro man Randy Kohrs. The result is a lovely debut disc that warms you like a good fireplace. This is its sweet title tune. 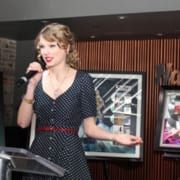