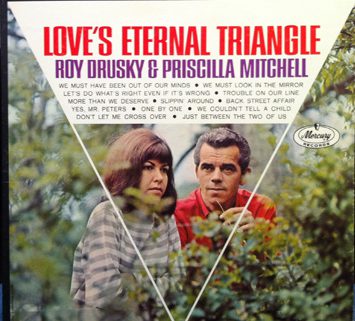 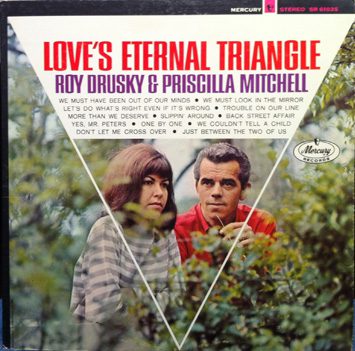 Priscilla Mitchell, best known for her hit duets with Grand Ole Opry star Roy Drusky (1930-2004), has died at the age of 73.
According to Butch Baker of HoriPro, the singer passed away around 2 a.m. on Sept. 24, surrounded by family and friends. Mitchell was the widow of country star Jerry Reed (1937-2008), a member of the Nashville Songwriters Hall of Fame.
Priscilla Mitchell was born in Marietta, GA on Sept. 18, 1941. She was four years old when she made her debut on Marietta’s WFOM radio singing “Pistol Packin’ Mama.” She married Jerry Hubbard in Georgia in 1959. He took the stage name of Jerry Reed, and both pursued careers as singers and songwriters.
Mitchell got a recording contract with Mercury Records in Nashville. In 1965, she and Drusky scored a No. 1 country hit with the “cheating” song “Yes, Mr. Peters.” It was the biggest hit that both vocalists ever had. Other Drusky/Mitchell charting duets included “Slippin’ Around” (1966) and “I’ll Never Tell on You” (1967). They released three albums as a team, Love’s Eternal Triangle, Together Again and We Belong Together.
Her country solo singles for Mercury included 1967’s “He’s Not for Real,” written by Jerry Reed, and 1968’s “Your Old Handy Man,” written by Dolly Parton. Reed also wrote and arranged her uptempo 1968 single “Natch-illy Ain’t No Good.”
Priscilla Mitchell also recorded pop music. Billed as “Sadina,” she released singles such as 1965’s “I Want That Boy” on Mercury’s Smash Records subsidiary. Husband Jerry Reed began having big hits in the late 1960s. In the 1970s, he crossed over to the pop charts and became a movie star. During the same time period, Priscilla Mitchell Hubbard became a highly successful backup vocalist in Nashville recording studios.
Their daughters, Seidina and Lottie also became singers. Seidina was her father’s duet partner on 1977’s “You Know What,” and Lottie performed on one of his TV specials. Priscilla Mitchell appeared in her husband’s 1985 movie What Comes Around and later toured with him as a backing vocalist and keyboard player.
Her funeral service was at Woodlawn-Roesch-Patton Funeral Home on Saturday, Sept. 26. Priscilla Ann Hubbard is survived by her daughters Lottie Zavala (Robert) and Seidina Hubbard, by sister Sandra Tomlin, by grandchildren Lainey Stewart and Jerry Rorick, by niece Ryn Sledge and by nephew Raegan Echols. In lieu of flowers, memorial contributions may be made to Willowbrook Hospice, 381 Riverside Dr., Suite 440, Franklin, TN 37064.