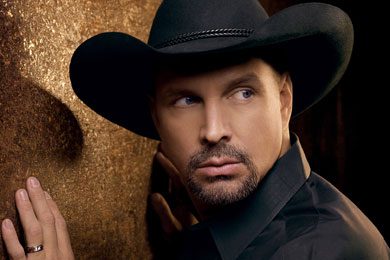 ASCAP will honor a select group of artists with its once-in-a-century ASCAP Centennial Awards, in recognition of their accomplishments in their respective music genres. Garth Brooks will be one of the recipients of the prestigious award, as well as Joan Baez, Billy Joel, Stephen Sondheim, and Stevie Wonder.
The presentations will take place Monday, Nov. 17 at the Waldorf Astoria Hotel in New York, during a gala party celebrating ASCAP’s 100th anniversary. The event will be hosted by ASCAP president and chairman Paul Williams, and will feature the recipients, along with guest artists performing in tribute to the honorees.
The gala will also serve as the first fundraiser benefiting the ASCAP Foundation, which supports music education, talent development, and humanitarian activities.
“Each of our ASCAP Centennial Award recipients is in a class of his or her own, as the creator and performer of songs that have touched the lives of people across the globe. It’s wonderful to be able to salute them on the occasion of ASCAP’s Centennial year and, as important, to raise funds to perpetuate the important work being done by The ASCAP Foundation,” said Williams.