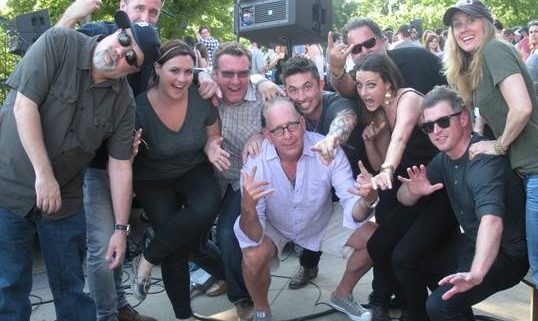 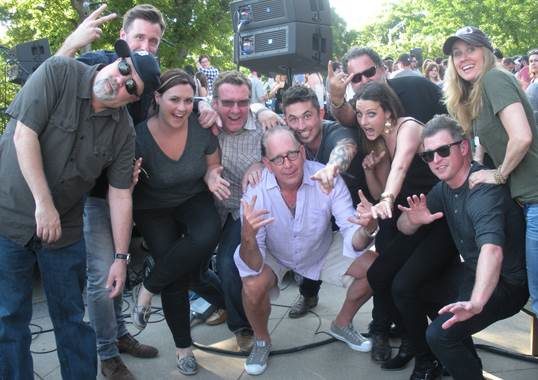 Warner Bros. Records’ Michael Ray and Word Entertainment’s About A Mile performed at Warner Music Nashville’s second installment of Pickin’ On The Patio 2014 earlier this week.
Word newcomers About A Mile will release their self-titled debut album, produced by Ian Eskelin and Howard Benson, on July 15.
Ray, who’s currently on the road this summer, is working on new music with producer Scott Hendricks, to be released later this year.
Guests enjoyed food and beverages from sponsors GiGi’s Cupcakes, Aramark, Ajax Turner and Bud Light, and Patron, who served up a special “Perfect Patron Margarita” for the occasion.
Pickin’ on the Patio is held the fourth Wednesday of every month from May through September on the WMN patio. The next Pickin’ On The Patio will be held July 23. 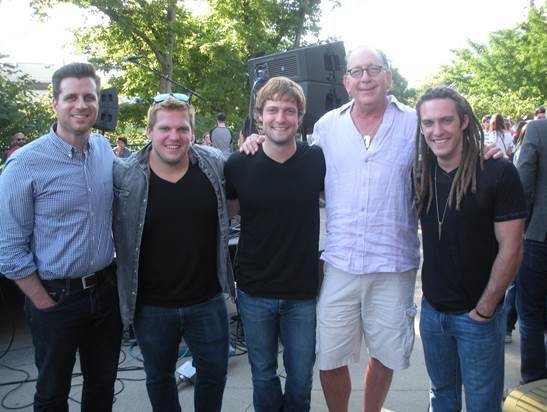