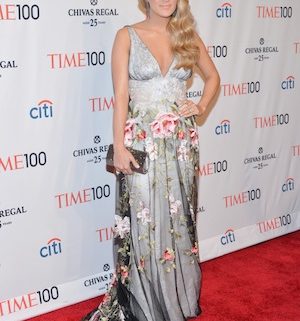 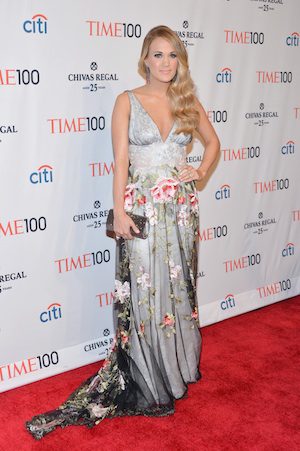 Carrie Underwood was recently honored during the TIME 100 Gala as one of the world’s 100 most influential people for 2014. She attended and headlined during the TIME 100 Gala, held at Jazz at Lincoln Center in New York City.
Other celebrities in attendance included Amy Adams, Alfonso Cuaron, Megyn Kelly, Seth Meyers, Rupert Murdoch, Rand Paul, Charlie Rose, Christy Turlington, fellow TIME Gala 100 performer Pharrell Williams, and more.
The full TIME 100 list and related tributes appear in the May 5 issue of TIME, available on newsstands and tablets now and can also be found at time.com/time100.
Longtime friend and fellow Country performer Brad Paisley served as a guest writer for Underwood’s piece in the TIME 100 issue.
“So many young girls want to be just like her. In that sense, I see hope for the world. If I had a daughter, nothing would make me happier than to hear her say she wanted to grow up to be like Carrie Underwood,” wrote Paisley. 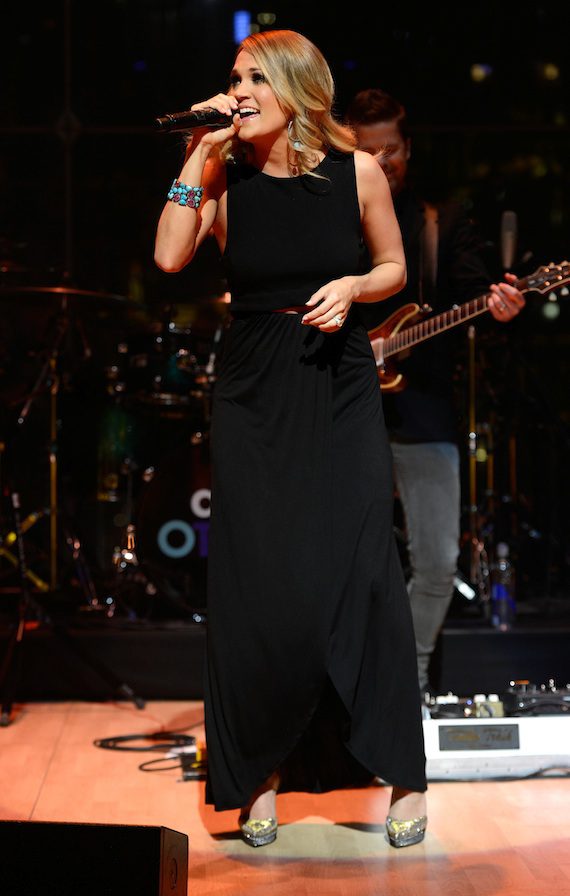 Underwood performs during the TIME 100 Gala. 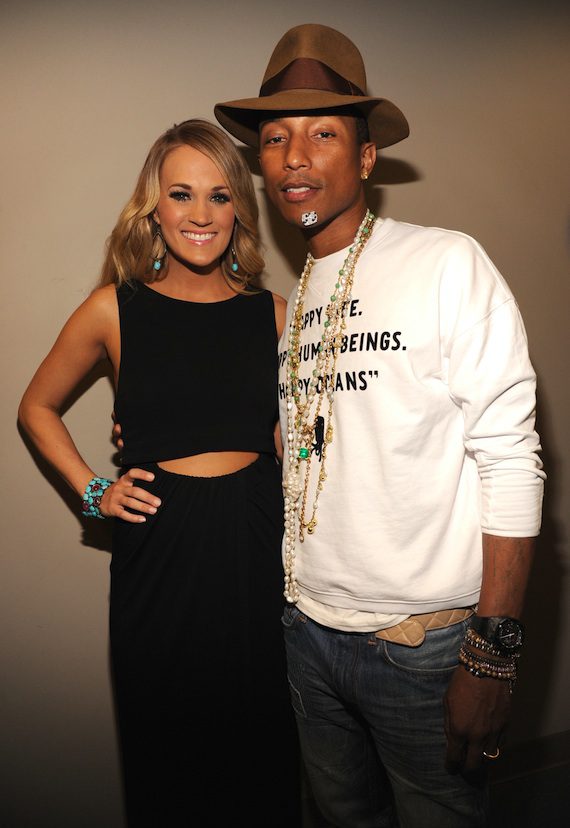