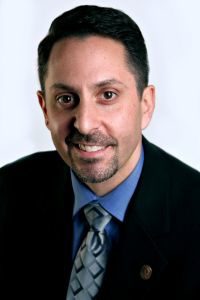 Jeff Syracuse, manager of Licensing Operations at BMI’s Nashville office, has announced his 2015 candidacy for Metro Council. Syracuse has been a member of the Nashville music industry for 15 years.
Syracuse aims to represent District 15 in the Donelson area, which is home to the Grand Ole Opry, Gaylord Opryland Hotel & Convention Center, Music Valley and more. “Donelson is in a prime location as the city grows,” Syracuse says. “It is rapidly becoming very attractive to a growing and diverse population from young professionals to active seniors.”
Syracuse, a Middle Tennessee resident since 1998 and a Donelson resident since 2002, has served in a number of leadership roles in the Donelson community, including President of the Donelson-Hermitage Chamber of Commerce, The Donelson Gateway Project, and The Friends of Two Rivers Mansion. He is also a Founding Board Member of the community organization Hip Donelson, and a founding board member of the Donelson Hills Neighborhood Association. Additionally, he was named one of the Nashville Business Journal’s “Forty Under 40” honorees for 2014.
Syracuse’s campaign for Metro Council holds the theme “The Soul of a City Lies in the Hearts of the People,” and will focus on strengthening local non-profit organizations and schools that serve the community.
“Nashville is experiencing incredible growth and investment, and has become a world-class destination for both tourism and new residents,” Syracuse says. “I want to help lead Donelson during this time of transition, and attract new business and investment while preserving the character and history of our community.”
His campaign is funded by Friends of Jeff Syracuse for Metro Council 15th District, with Jenny White is serving as Treasurer.
For more information, visit jeffsyracuse.com.