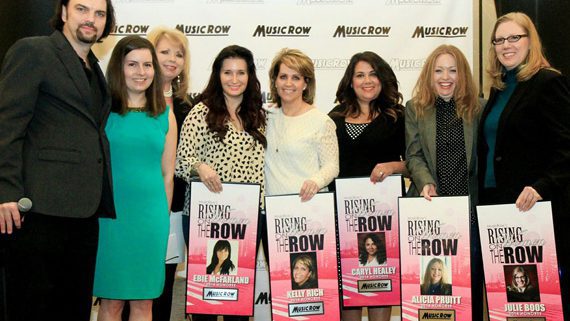 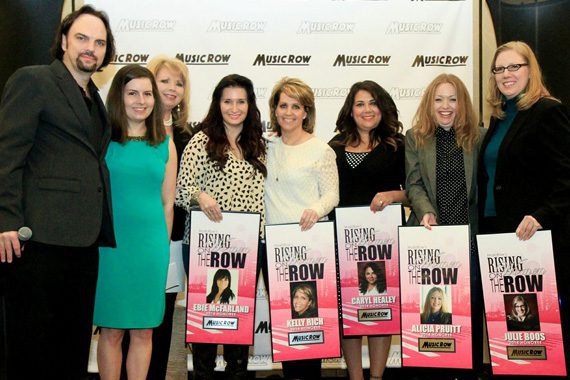 BOBBY KARL WORKS THE ROOM
Chapter 451
“Rising Women on the Row” doubled its size and quintupled its entertainment value at its third annual awards presentation.
Staged Friday morning (March 21) at the Legends Ballroom of the sleek new Omni Hotel – I love finding new places to party – the breakfast-buffet event was again presented by MusicRow magazine with the help of its Presenting Sponsor, City National Bank.
“We’ve grown so much in three years,” observed MR’s benevolent overlord Sherod Robertson in greeting the crowd. The room held 300, almost twice as many as used to attend the event during its first two years at Maggiano’s Little Italy Restaurant. 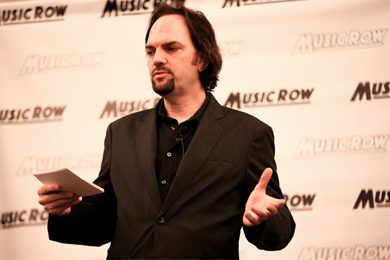 “These women…are fast becoming industry leaders,” he said of this year’s Rising Women on the Row. MR senior news editor Sarah Skates introduced each of this year’s honorees.
Julie Boos is a co-owner of the business-management firm Flood Bumstead McCready & McCarthy. Her clients include Lady Antebellum, Blake Shelton, Trace Adkins, Kellie Pickler, Kip Moore, Danielle Bradbury and Native Run.
“I feel fortunate to work in an industry with so many talented and smart women….and men,” said Boos in accepting her award.
Honoree Caryl Healey is the vice president of sales at Sony Music Nashville. “I first want to thank Sherod and MusicRow for this honor,” she told the crowd. “All you ladies inspire me every day.”
Publicist Ebie McFarland has built her independent publicity firm, Essential Broadcast Media, into a powerhouse with a client list including George Strait, Eric Church, Darius Rucker, Randy Houser, Jerod Niemann, Ronnie Dunn, George Strait, Rodney Atkins, Brandy Clark and more.
“Wow: It sounds like I am incredibly busy,” she said before thanking the EBM team that supports the company. “I am so honored to be with so many outstanding execs on the stage. Thank you, MusicRow, for doing this for three years.” 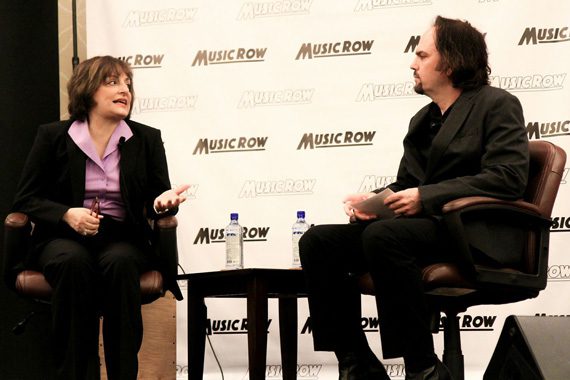 Alicia Pruitt is the senior director of A&R at Warner-Chappell Music. As such, she has secured countless cuts and many hits. Her staff writers include Chris Stapleton, Liz Rose, Derek George, Michael Dulaney, Kacey Musgraves, Brantley Gilbert and Sean McConnell.
“I feel blessed to be up here today with these girls,” Pruitt said. “Warner-Chappell, you are my family!”
The red-hot Big Machine Label Group has Kelly Rich as its senior vice president of sales, marketing and digital. The company has sold 39 million albums and 135 million digital tracks from such artists as Taylor Swift, Florida Georgia Line, Tim McGraw, The Band Perry and Rascal Flatts, among others.
Rich was the honoree who grew weepy, despite her best efforts to control her emotions. “What an incredible group of women up here,” she began. “I want to thank my team. They’re all here.” And as she dissolved, they all cheered loudly.
Diane Pearson of City National Bank congratulated the honorees and said she had a gift for each. I didn’t see them, but am told they got a gift from Tiffanys.
The reason I say that the event quintupled its entertainment value is because the two-hour gig concluded with a short set by Jo Dee Messina and her four sidemen. “She embodies this event,” said Sherod in introducing the assertive vocal dynamo.
Messina told the crowd her story of leaving Curb Records. The terms of her exodus prevent her from recording for any other record label. She launched a Kickstarter campaign to fund her own CD on her own label and raised $121,000 from her fans in less than 30 days. Her use of social media helped her go “outside the box” of standard industry practices.
The resulting album, titled Me, dropped this week on Tuesday (March 18), so her appearance was super timely. She introduced the crowd to the collection’s feisty “attitude” bopper “Breakin’ It Down.” 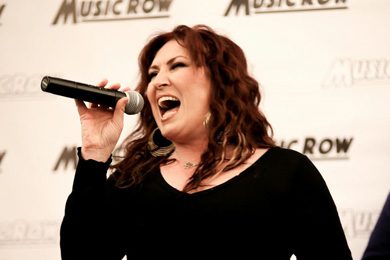 “I never really write music to fit in,” said Messina. “This single doesn’t sound like anything else on the radio,” she added before launching into her hilarious intro to “A Woman’s Rant.” The banjo-punctuated ditty was a brilliantly witty slice of everywoman life.
She did a brief a cappella snippet of a tune titled “Like a Kid Again.” “Me” was a touching ballad of a woman’s many shifting roles. It brought misty tears to the eyes of several in the crowd. Messina concluded with a spirited version of her 1999 smash “Lesson in Leavin.’” She still sings with immense fire and gusto, and kiddies, she doesn’t need any audio trickery to sound exactly like her records.
The breakfast kicked off with guest Nancy Shapiro sharing her career experiences via a chat with Sherod. She is the national chief of member services for The Recording Academy, the highest ranking woman in the organization.
“There is still not an appropriate representation of women at the highest level [in the music industry],” she observed. “I would like to see more women CEOs. It has gotten better, I will say that. I believe companies are more family friendly than they were.” She cited as mentors Frances Preston, Connie Bradley, Donna Hilley, Roger Sovine, Joe Talbot, Mary Ann McCready and her mother.
“Circumstances may be out of your control, but your attitude is always within your control,” Nancy’s mother counseled her.
Her own advice to business women: “Put your family first. Work past five. Come in a little early. Feel empowered. Feel confident.” 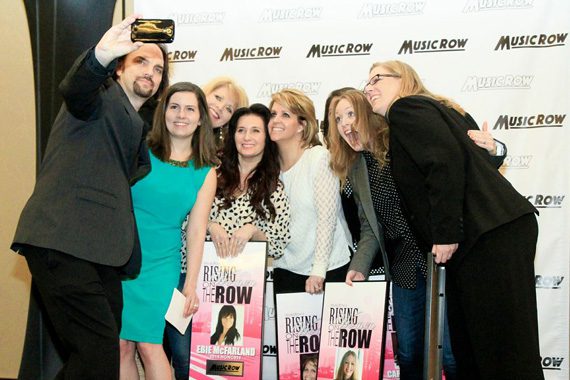 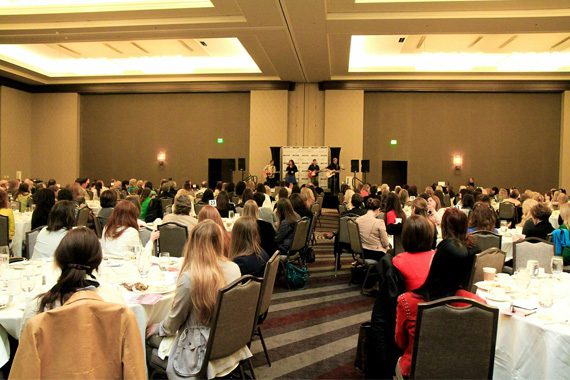 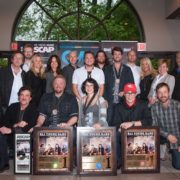 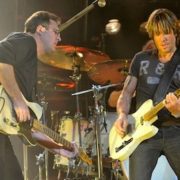 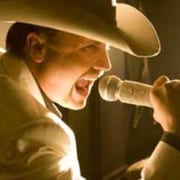